Sometimes the Second Time is the Charm 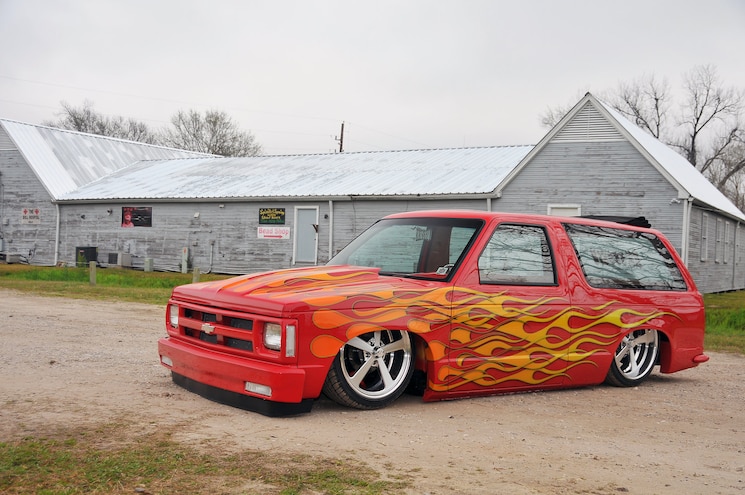 Starting a project is always a stressful time. When your project build doesn’t satisfy you, it’s time to resort to plan B. For 35-year-old Dustin McElwee of Minden, Louisiana, that’s what he finally had to do. After building a couple dualies, he just couldn’t seem to end up with what he wanted. He decided to start on a Chevy S10, but still wasn’t satisfied with the level of build.
Searching through for-sale ads online for an alternative, McElwee came across an ’89 Chevy S10 Blazer and instantly fell in love with the truck because of the color. The bright red immediately attracted him. He purchased it and decided this would be his “Princess” build. 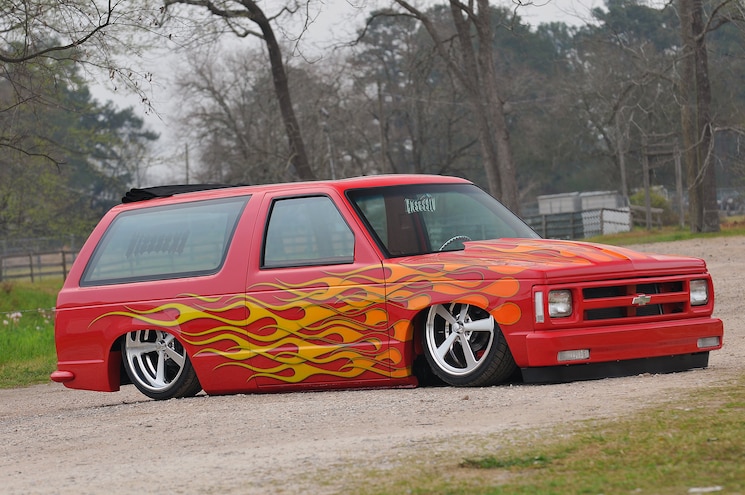 View Photo Gallery | 12 Photos
Photo 2/12   |   1989 Chevy S10 Blazer With Custom Flame Paint Side
One of the things McElwee had always wanted was a sliding ragtop, and he got to work cutting the roof open and adding a full sliding rag. From there, McElwee went carefully step-by-step, beginning with the suspension. Up front, Silver Star Customs upper and lower control arms were used in conjunction with the company’s no-notch tie rods and Airlift 2,500lb ’bags. The rear consists of a tubular two-link ’bag-on-bar setup, along with Firestone 2,500lb ’bags. The stock rear axle was narrowed 3 inches with Moser axles and a locker making for a stout little rear end. Next step was the wheels. Although McElwee went back and forth, he decided on 20-inch Intro Rallys with brushed faces to match the side of the seats.
Of course, that was only the beginning. The SUV got a heart transplant in the form of a fully built Chevy 350 backed by a 700R4 that gets it around town in a hurry. A 4-inch traditional body drop got the pinch welds the rest of the way to the ground. After the rear floor was tubbed and the firewall shaved, just about everything around them was smoothed and shaved, too. Standout work includes the ’67 Camaro rear bumper and flush-mounted LEDs in the tailgate. The killer Hot Rod Red and flamed paint finished off the custom work perfectly. Finally, the interior is as detailed as the rest of McElwee’s ride, from the glassed and painted dash to the bomber seat. This is truly one of those builds where no stone was left unturned—every inch of it is clean and custom. 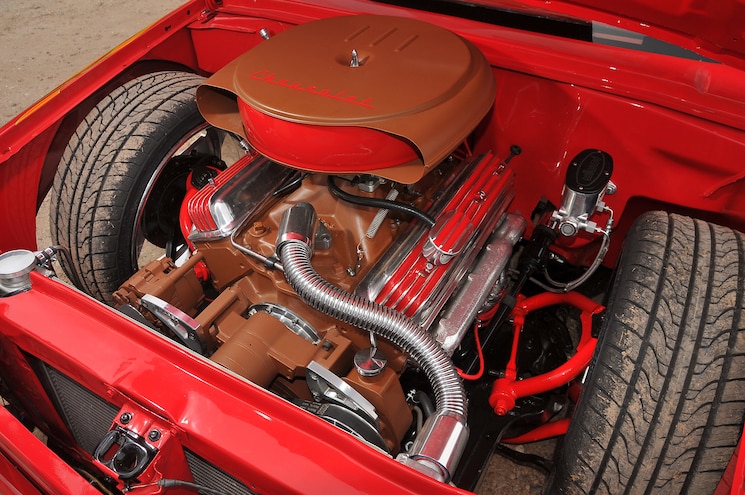 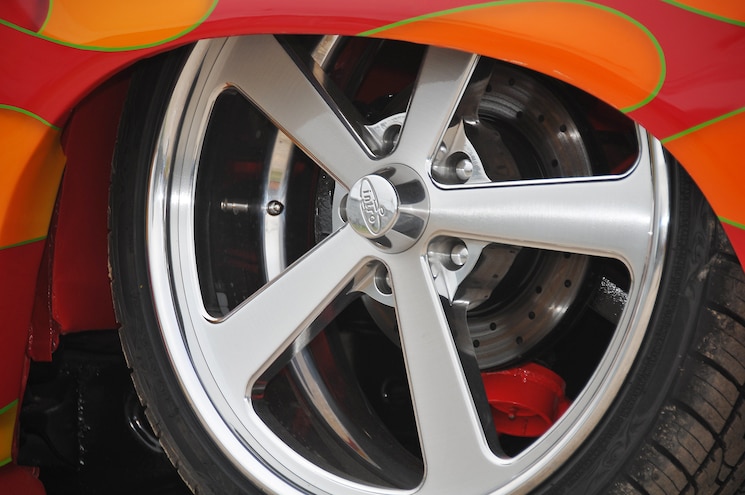 View Photo Gallery | 12 Photos
Photo 4/12   |   1989 Chevy S10 Blazer With Custom Flame Paint Wheel
“I’m very proud of the Blazer,” McElwee tells Truckin. “It wasn’t an easy road, but it was worth every second.” He wishes to thank everyone involved: Danny Roy, Carol Greene, Justin Berry, Scott Rupp, Pat Maxwell, Bo McElwee, Kyle Carter, Jake Greene, and especially, his wife Rebecca for having the patience to let him explore his creativity. McElwee showed that Plan B, even though it’s the second option, is oftentimes the best and most important. 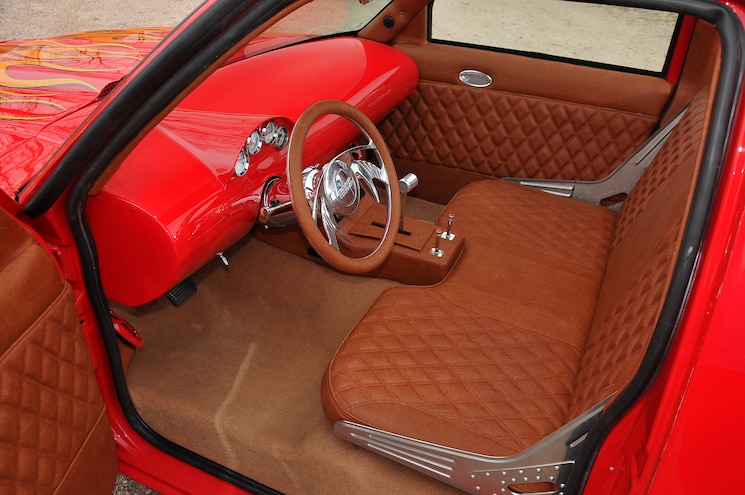 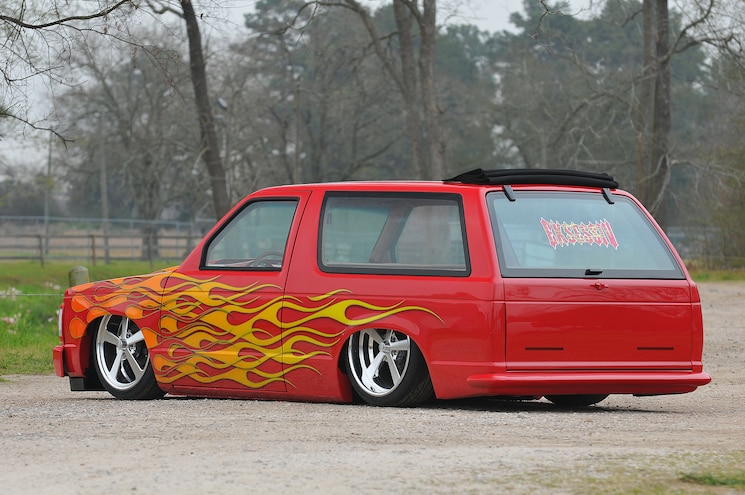