Making its Way Back 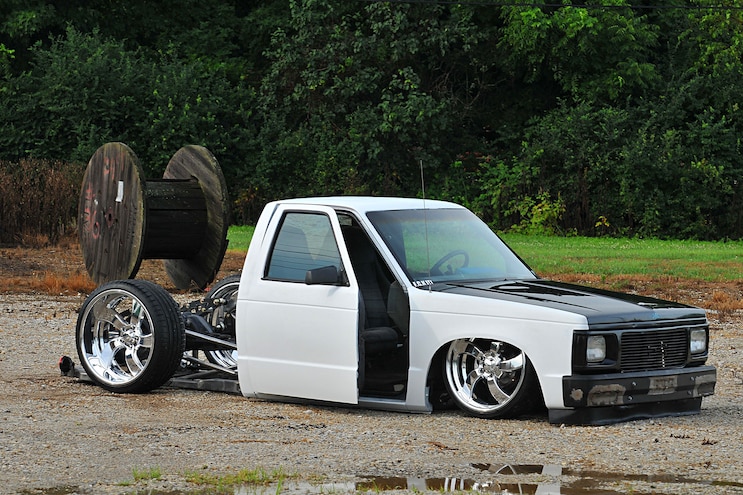 Some people spend a fortune paying shops or custom-truck builders to create their vision. But 25-year-old Levi Finney of Battle Creek, Michigan, wouldn’t trust his trucks in the hands of anyone beside himself. When he was a sophomore in high school, Finney attended his first truck show in Indiana. “One look around the show, and I was hooked,” Finney says. “It was like a whole new world opened for me.” At that time, he was driving an Acura Integra that he had traded for a ’88 Chevy S10.
When Finney graduated high school, he moved to Pennsylvania to study at Wyotech’s collision and refinishing classes, even staying for the extra three months to take the Street Rod and Custom Metal Fab class. The knowledge he gained from those courses allowed his creativity to flow with his own truck. It had been rear-ended and was considered totaled, but he essentially brought it back to life with his handiwork. “Everything done to this truck was done by my own two hands,” Finney tells Truckin. “It was by my two hands and the help of a few tools.” 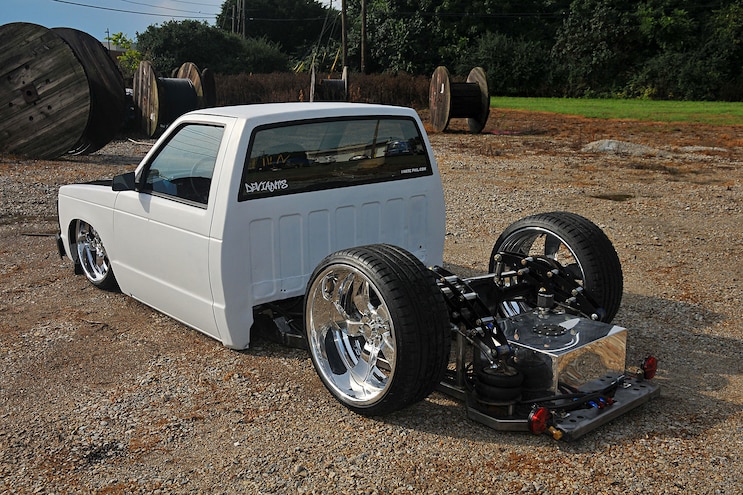 View Photo Gallery | 5 Photos
Photo 2/5   |   1988 Chevy S 10 Rear
As a head painter at a body shop, Finney plans to get a crazy paint job on his truck, as well as finishing it off with a full bed. After seeing what he has done in such a short time, the sky is the limit for Finney. He wishes to thank his little brother Luke for giving him with a hand here and there, and his fiancé Taylor for understanding this passion. A special thanks to his mom for allowing him to overtake the garage during the build.