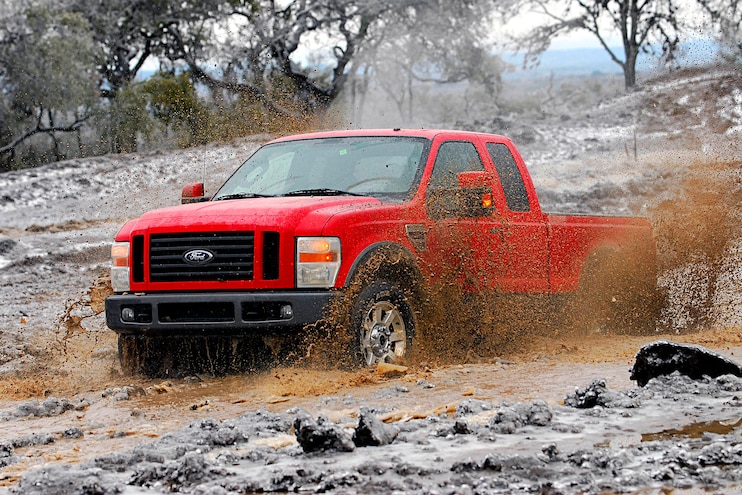 This was a short generation, but it was no less sweet because of it. Revisions for the ’11 models that followed were so sweeping that it became another generation (the current Super Duty is the third wave and ’17 will see the introduction of generation four, which follows the smaller F-150 into the world of aluminum). Yet the ’08 to ’10 trucks are still a marked improvement over their predecessors. Beneath that imposing new styling is a reinforced frame, a new rear suspension (including longer leaf springs) for better on-road manners, and a lower rear end to make towing easier.
Following the usual format, the F-250 and F-350 came in really basic XL (vinyl upholstery, radio, 17-inch steel wheels), XLT, and Lariat trim levels, plus an FX4 off-road specialist version, along with three themed versions: Cabela’s, King Ranch, and Harley Davidson. The FX4 was superseded by the Cabela’s trim in ’10. Neither of these latter two models were offered with the regular cab. The F-450 was available in the same trim levels as its siblings, minus the Cabela’s version. Air conditioning became standard throughout the range for ’09. 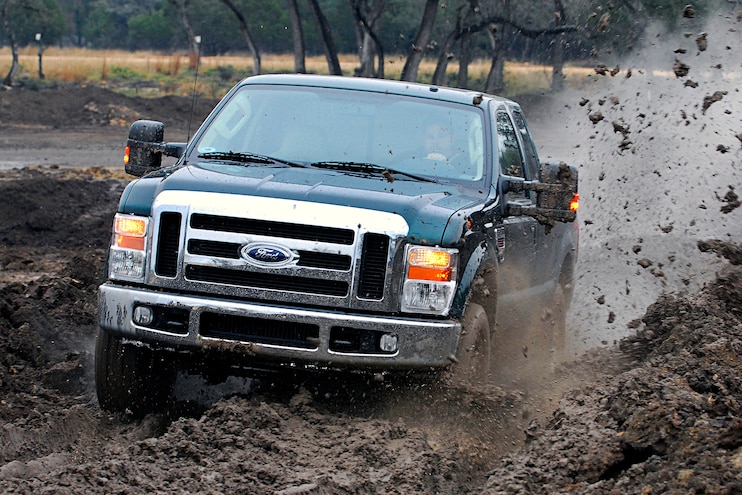 View Photo Gallery | 11 Photos
Photo 2/11   |   2008 Ford F Series Super Duty Black Mud
The basic engine is a 5.4L V-8 making 300 hp and 365 lb-ft of torque. The bigger gasoline option is a 6.8L V-10 producing 362 hp and 457 lb-ft of torque (this is paired with the automatic transmission only). The star of this generation, though, is the 6.4L PowerStroke V-8 diesel engine. It makes 350 hp and a mighty 650 lb-ft of torque—the latter at just 2,000 rpm, which is perfect for getting some weight rolling. Although diesel is more economical than gasoline, don’t expect much more than 15 mpg on average.
The Ford diesel has a slightly lower output than the equivalent Chevy Silverado/GMC Sierra, but bear in mind that the F-350 could tow appreciably more than its cross-town rivals. 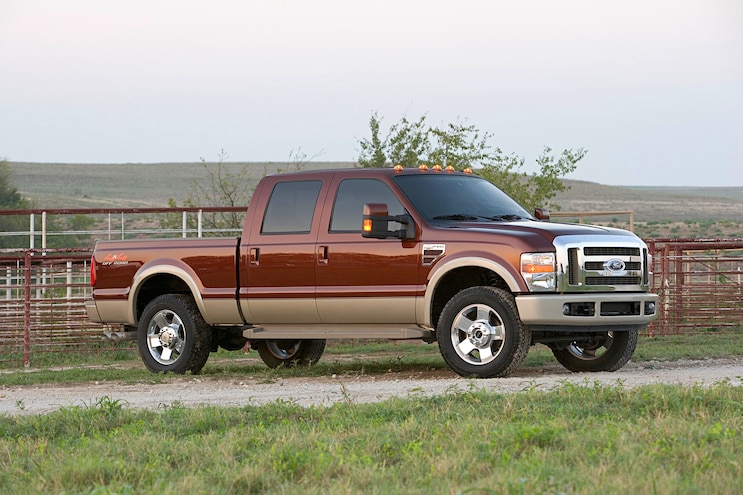 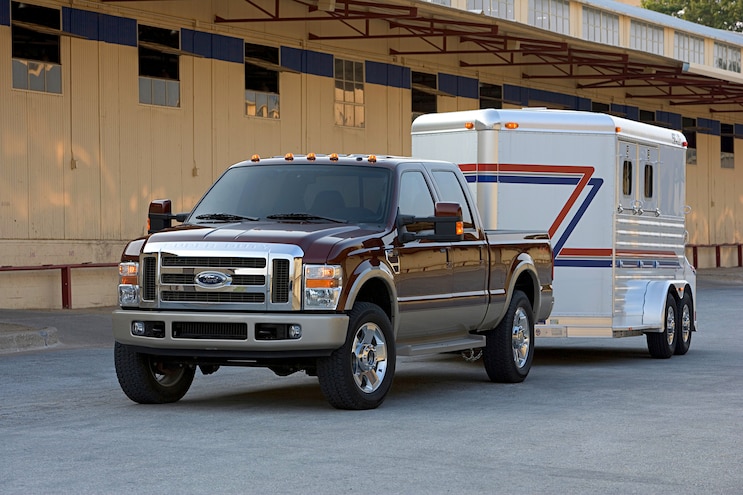 View Photo Gallery | 11 Photos
Photo 4/11   |   2008 Ford F 250 Kimg Ranch Super Duty Towing
Transmission choices are a six-speed manual or a five-speed automatic, both with one more ratio than the previous gearboxes. Throw in regular, Super, or crew cabs, bed lengths of 6 3/4 feet and 8 feet, plus the option of a dualie rear axle, and the number of possible combinations easily goes into the dozens. Ford also offered a greater range of trim levels than General Motors or Dodge/Ram.
With this generation, the F-450 was now offered with a bed, instead of just as a chassis cab. The standard setup here is a long bed, crew cab, dual rear wheels, and a limited-slip rear differential. The diesel engine is the sole power unit for this model. 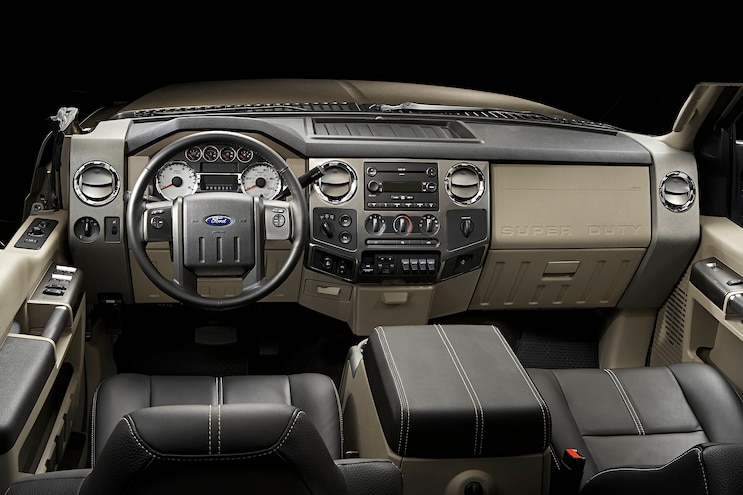 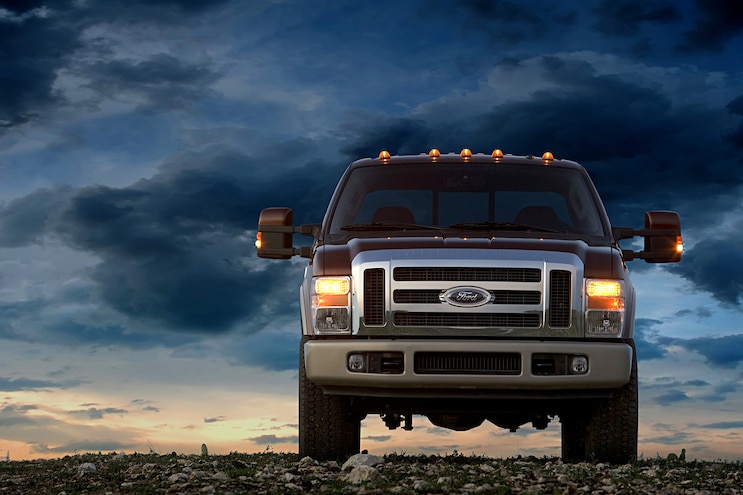