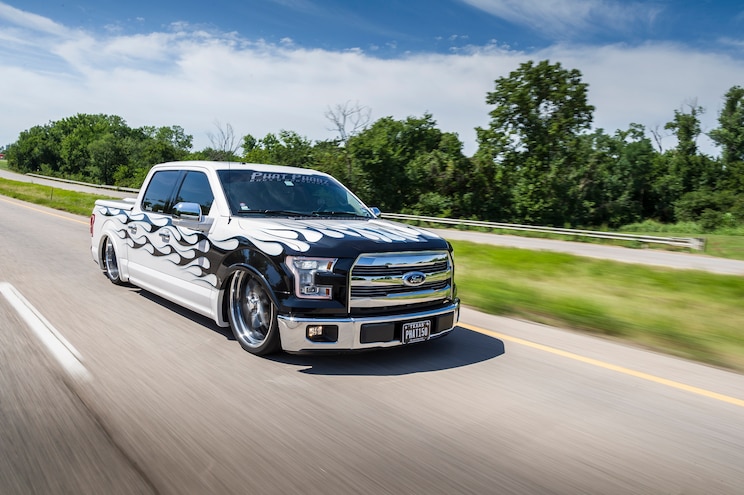 One thing most automotive builders and enthusiasts alike can relate to is purchasing a new vehicle, and telling yourself, “I'm not going to mod this one.” Jeremy Brown of Texas City, Texas, had planned to buy and use his fully loaded 2015 Ford Lariat Super Crew pickup only to tow his bodied ’89 Tacoma. It is hard to say at what point his original mindset changed, but it may have begun with the simplicity of the Phat Phabz hidden trailer hitch behind his rear license plate. Sometimes, it only takes a small spark to start a fire.
Once Brown decided that is was going to be no ordinary tow rig, he dove head first into the build. The goal was to break new ground in the world of F150s, as well as cut no corners along the way. Immediately, the truck went out to the Phat Phabz crew in Oklahoma, a shop where so many other amazing builds have come out these days. From there, the real work began. Knowing that a bodydrop was in order, the crew began building the custom frame and suspension setup for the barely off the lot Lariat. As progress started showing on the 4-inch bodydrop, they added Airlift2,600 airbags in front and Firestone 9,000 ’bags in the rear, as well as custom spindles and control arms to this monumental build. As if that was not enough work, they moved the motor a total of more than 3 inches for clearance purposes and narrowed the rear end.
As the suspension and bodywork to adapt to the bodydrop began getting wrapped up, it was time to decide what wheels this big-bodied Ford would lay out on. Brown had no hesitation picking the staggered 26x9 inch and 26x10 inch Intro Dangerous wheels. Just for fun, Brown even switched to a 5x5.5 conversion. That is one of the many small touches added throughout the build that would take a second, or even third, trip walking around the vehicle to notice.
Once the fully custom bed by Phat Phabz was dropped onto the final setup, the F150 was ready to roll. Time for paint. After shaving the emblems and stock gas door, the Lariat was ready for Patrick Reid in San Leon, Texas, to work his magic. Keeping the stock white base color, Reid added black flames with a touch of blue across the truck’s front end and running back toward the rear. To add to the list of great little touches, he even carried the flames onto the inside of the hood. It’s just another example of the detail this build contains. After throwing in a custom Rockford Fosgate stereo setup to make those drives even more enjoyable, and much louder, the F150 was road and show ready, as you see it now. Lucky drivers might see Brown towing his bodied Toyota behind him, skating down the highway to a show near you. 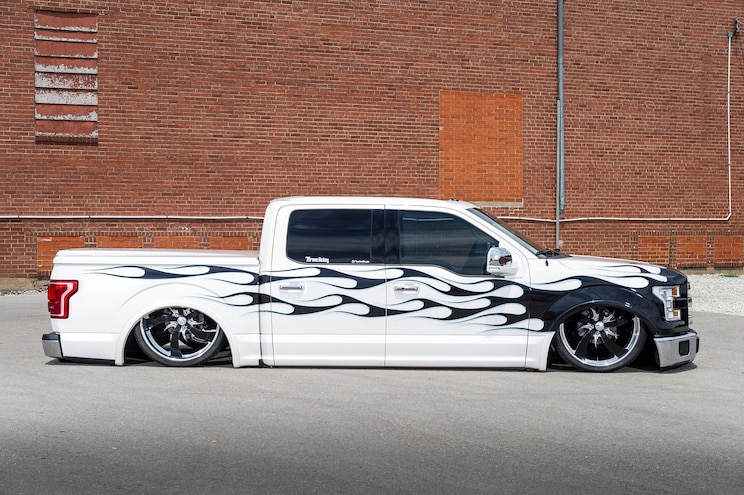 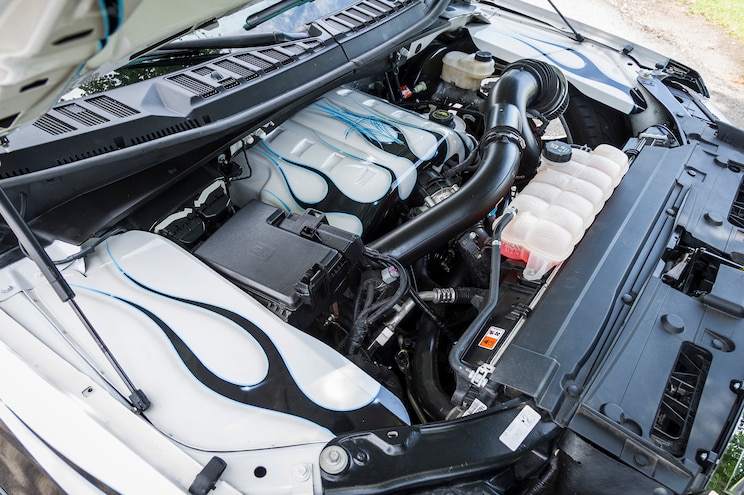 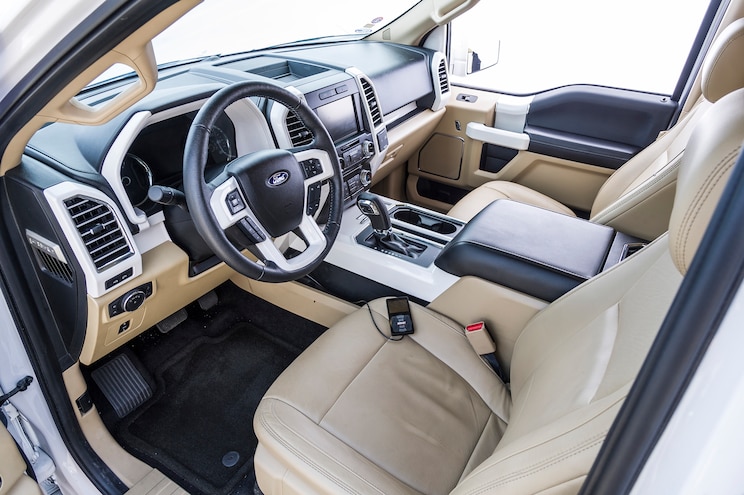 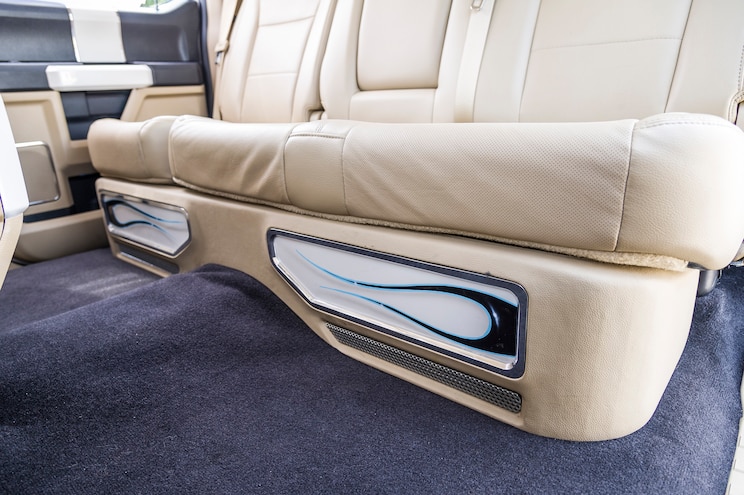 Wheels: 26x9, 26x10; Intro Dangerous
Tires: 295/30R26, 305/30R26; Lexani
Special Thanks by owner: Jake Mckiddie, Kyle Dimetroff, Patrick Reid, and the Committed club members, his wife Serina for not strangling him, his family for understanding his passion, and his parents for instilling the belief that hard work and determination will definitely pay off. 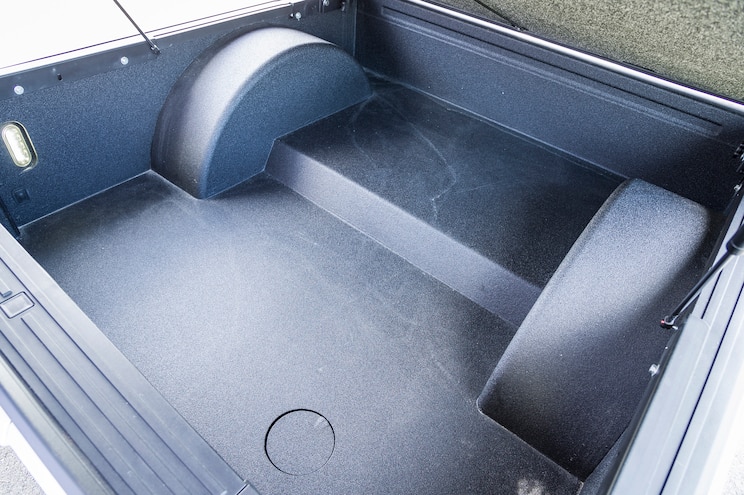