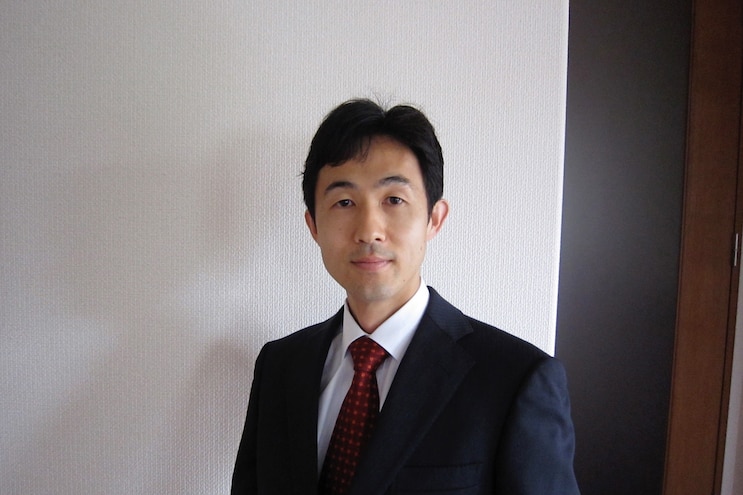 Toyota Highlander project manager Katsuya Inoue has worked at Toyota Motor Corporation since graduating from the University of Tokyo in 2002 with a master's degree in mechanical engineering. Born in Tokyo and now living in Kyoto, Japan, he loved playing with remote-control cars as a child and always dreamed of working in the auto industry. His undergraduate degree, also from the University of Tokyo, is also in mechanical engineering.
Mr. Inoue started in Toyota's Body Engineering Division, and then moved to its Advanced Computer-Aided Engineer Division in 2003 as a simulation engineer working on crash safety, including pedestrian crash safety. He eventually worked up to lead simulation engineering and worked on a variety of global and home-market vehicles, including the Toyota Auris, Porte, GS, and Crown. In 2014, he was promoted to Product Planning as a project manager, essentially "right-hand man" to the vehicle chief engineer.
Through an interpreter, we interviewed Mr. Inoue by phone about his most recent project, the more powerful, more fuel-efficient, and significantly updated ’17 Toyota Highlander.
Truck Trend: What is your product philosophy?
Katsuya Inoue: My first priority is customer focus—what kind of car our target customer is looking for. Second, how can we build that car to meet Toyota engineering standards for its target markets? And [my product philosophy] has been shaped by my early experience in crash safety simulation engineering. If the car crashes, what happens to the occupants?
TT: What were the most difficult challenges in meeting those priorities?
KI: This ’17 Highlander is a minor model change, not a total model change, but the powertrain—the engine and transmission—has completely changed from ’16. So it was a huge task to apply this new engine and transmission to this new Highlander. Because it was a minor model change, the scale was much different from a major model change, so it was a very big challenge to effectively apply those changes within the minor model change level while achieving perfect conditions for the new powertrain to make sure we could meet customer expectations. We wanted the media, and especially the customers, to really feel the differences [we achieved] from changing the powertrain.
TT: Most impressively, it delivers both improved performance, with more power and torque, and improved efficiency. How was that achieved?
KI: One is the engine. We used a direct injection system for more power and more fuel economy. Second is the eight-speed direct-shift automatic transmission, which also gives us more feeling of power and more efficiency.
TT: You added direct fuel injection but retained port injection as well. Is that combination of port and direct injection working together the primary factor enabling you to achieve both performance and fuel efficiency improvements?
KI: Yes. Also, using the best direct-shift eight-speed automatic transmission helps us achieve more power and efficiency compared to the ’16 model. Both are helping each other.
TT: While your team was developing the new gas-engine powertrain, it was also doing an improved hybrid system. That must have added to the challenge.
KI: Yes, because both the engine and the transmission were significantly changed for both, so it was not easy. The hybrids use [much of] the same powertrain as the gas versions, and their efficiency is even better. They also have a much nicer sound inside the cabin, especially during hard acceleration, compared to previous Highlander Hybrids. And we have expanded the grades for the hybrid, so now LE and XLE grades are available to expand its affordability for more customers.
TT: Any other features you would like to mention?
KI: The Toyota Safety Sense System is standard on every grade for ’17, from LE up through Platinum. Also the style. We have introduced the all-new SE grade with the different front grille design and a lot of other enhanced styling elements.
By Gary Witzenburg
94 Articles