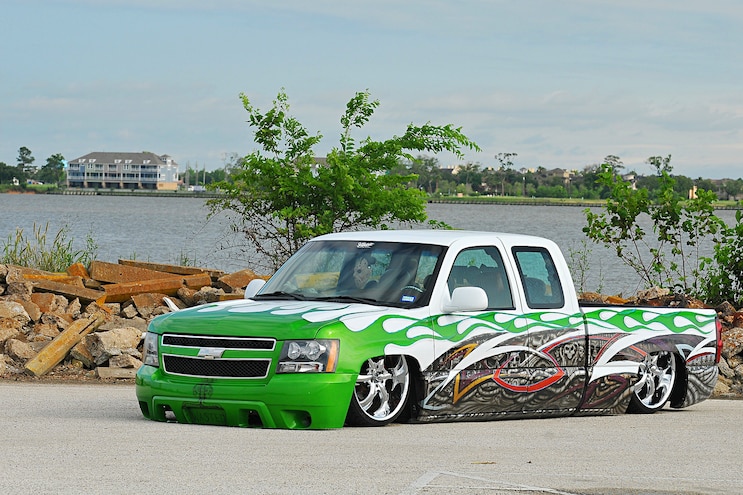 If at first you don’t succeed, try again and again. For San Leon, Texas resident Lay Wall, he refuses to ever give up. What all started as a child with his Hot Wheels, ended up with one of the most recognizable Chevy Silverado’s. “When I was 15, I saw my first ’bagged truck,” Wall says. “I went up to the owner’s door and knew from that minute I would be broke forever.” His introduction to the truck culture was a Ford Bronco that his father got him. He and his father worked on the motor and static dropped it. With no room for growth in the old truck, he traded it for another truck, a Mazda mini. 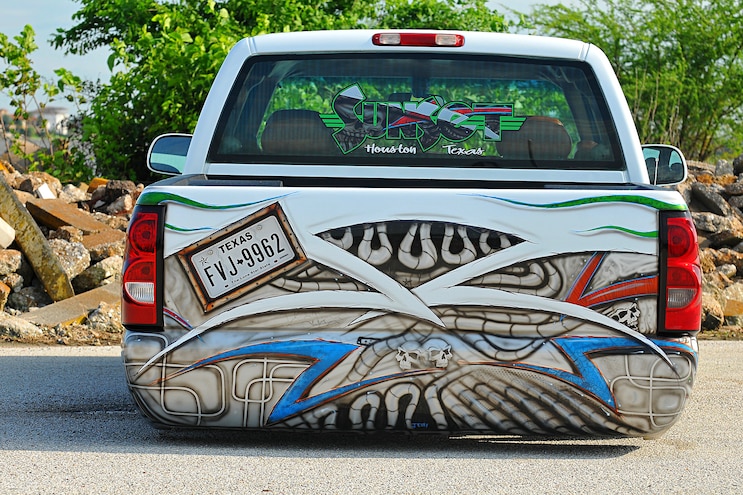 View Photo Gallery | 11 Photos
Photo 2/11   |   2004 Chevrolet Silverado Wasted Rear
The Mazda was falling apart, so he pieced it back together with his father’s welder and set it on the ground. After his sights grew brighter, he traded that Mazda for a Chevy Blazer. He completely tore it down and ’bagged it in the driveway with knowledge gained strictly from reading articles in magazines. Before long, his friends were all asking him to ’bag their trucks, as well. 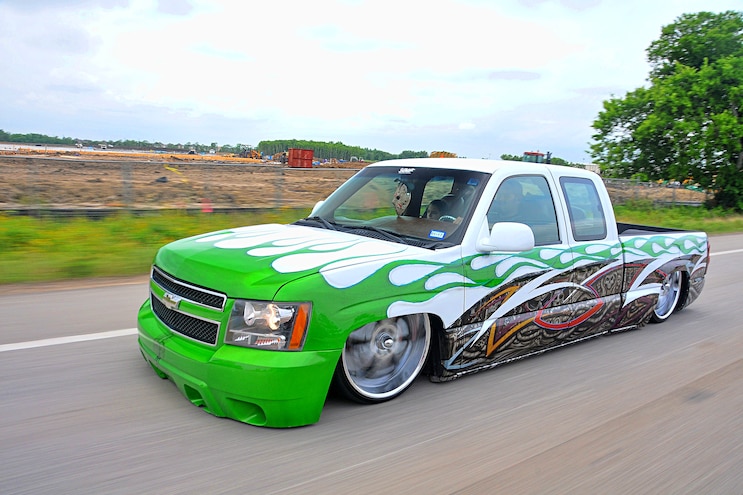 View Photo Gallery | 11 Photos
Photo 3/11   |   2004 Chevrolet Silverado Wasted Drive
Wall attended many shows with his numerous trucks, but the first time he laid his eyes on a 2004 Chevy Silverado was at Showfest in Mississippi. The truck spoke to him in a way no other had before. He approached the owner, but he wasn’t interested in a trade. It wasn’t until many months later that Wall saw the same truck on a website for sale. The owner took the trade on Wall’s current Avalanche. 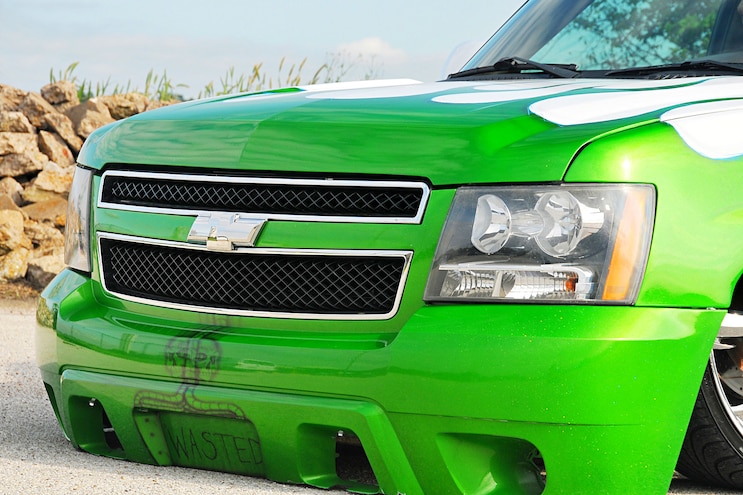 View Photo Gallery | 11 Photos
Photo 4/11   |   2004 Chevrolet Silverado Wasted Front
He decided he needed to add his own touch to make it his. He took the truck apart and redid the suspension, redid all the airlines, welded in Cali combo, and massaged all the sheetmetal. The new Chevy was primed and blocked for paint. He then picked up his paint and airbrush gun and went to work. The coating took two straight weeks, adding patterns, graphics, and airbrush throughout. The truck debuted at Battle Drag in Texas as a crowd favorite.
This was Wasted’s third trip to customization, with each one exceeding the expectations tenfold. Wall wishes to thank Karl Townley for all his help, Edward Torres of Battle Drag, his entire Sunset truck-club family, Patrick Reid for his paint knowledge, and most importantly, Ashley McCann for always being there with support. Wasted Vol. 3 can finally have its chapter closed. 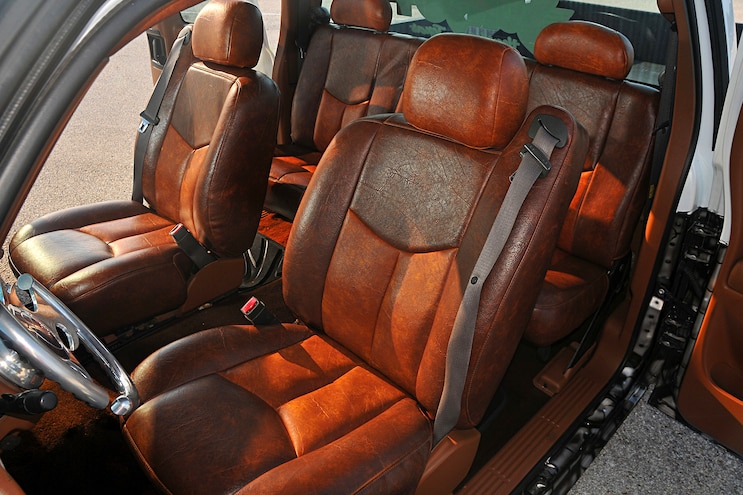