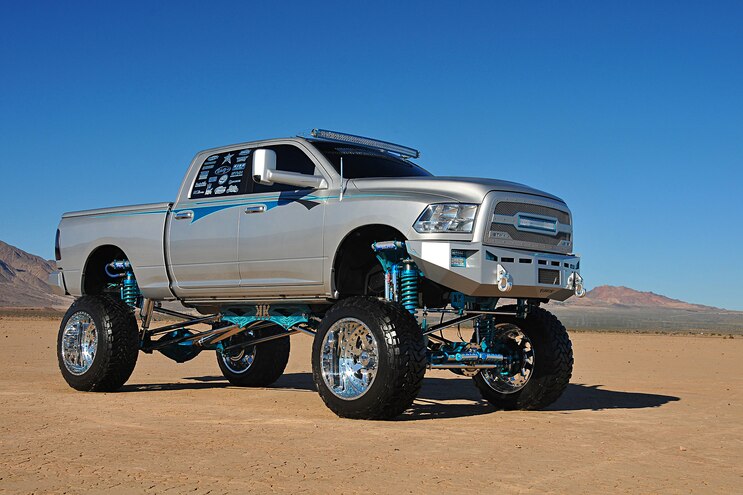 When Mopar runs in your family, it’s not a surprise that you keep it there. Nineteen-year-old Steve Rodriguez of Delano, California, learned early how to fit into the family, which was always wrenching Mopar trucks. “Dodge trucks ran in the family, my dad, uncles, and even my brother got them,” Rodriguez says. Although getting his Ram wouldn’t come as easy. He had to work summers and continued working part-time while still attending school to garner the money needed to find and purchase a 2014 Ram Heavy Duty.
Rodriguez immediately brought the new Ram to Auto Body Solution in Modesto, California, where Derek coated the pickup with Kandy Teal accents on the sides, mirrors, bumpers, grille, door handles, bed rails, and all the lightbars. He then focused on the interior, making sure side seat covers, dash, and center console matched the exterior. 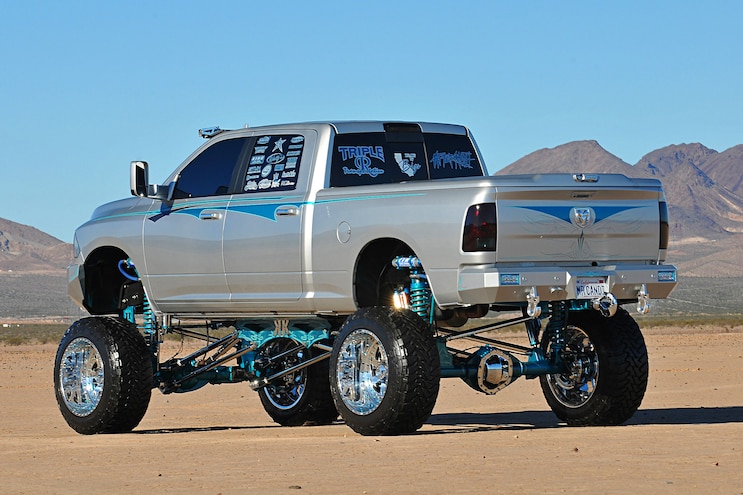 View Photo Gallery | 16 Photos
Photo 2/16   |   2014 Dodge Ram 2500 Candy Rear
The next stop for Mr. Candy was to have the new truck lifted to new heights. He enlisted Kent Porter of Krazy Kustomz in Bakersfield, California. The once-stock Ram 2500 was brought up 18 inches from the factory stance. He brought the pickup to his shop Triple R in Delano, California, where he added the bumpers, all the lighting, Katzkinz seat covers, undercover bed cover, and swing cases. He also installed AMP Research steps for easier access.
One thing every truck owner needs is a loud stereo. Rodriguez’s next step was to add music to the Ram, so he enlisted friend Efrain, owner of a stereo shop called Beats By Bigs, located inside of Wally’s Auto Body in Reedley, California. A full custom stereo system was carefully installed inside the truck that fit perfectly. Chad from Chad Carter Studios in Fowler, California, pinstriped the undercarriage, bumpers, and interior to give the truck a unique style paint.
Mr. Candy came a long way from stock to where it is now. Rodriguez wishes to thank Derek Hampton, Kent Porter, Water Pena, Kellen Meadows, Preston “Cencal Machinist” Cervantez, Adan Cervantez, David “Chivo” Lopez, Miguetron, Jeremy, Efren “Biggie” Rangel. He also wants to give a huge thanks to his friends and family, including his Mom, Dad, Joey, Chelsie, Rodriguez, and Cynthia for putting up with the late and long hours he put into Mr. Candy. It was a group effort that made his Heavy Duty one of the finest builds on the West Coast. 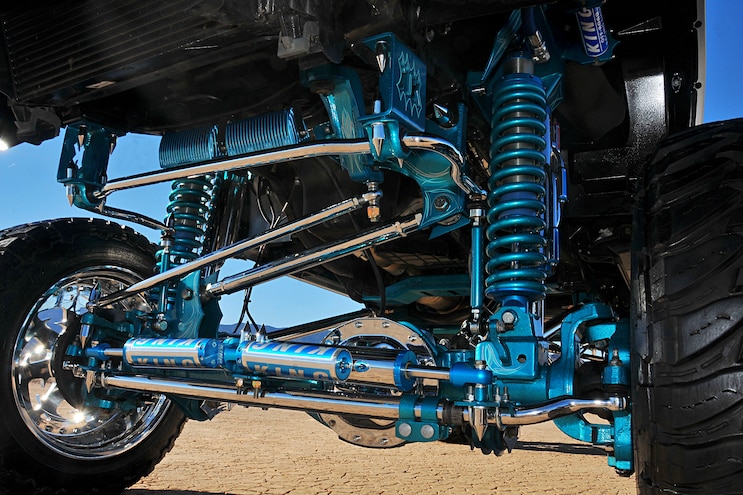 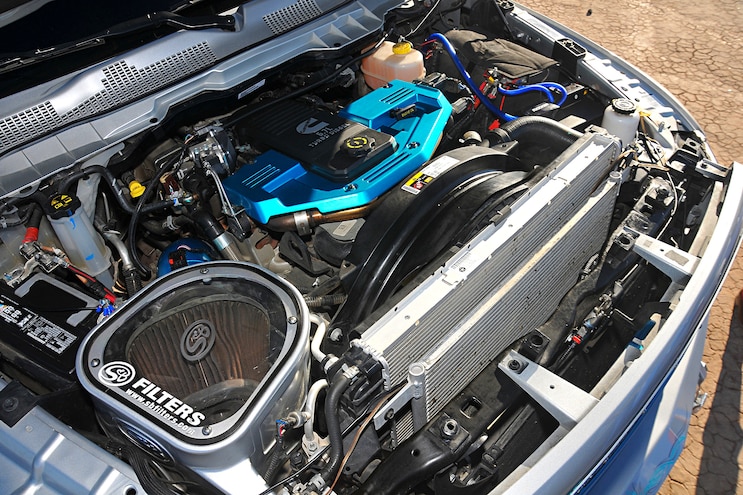 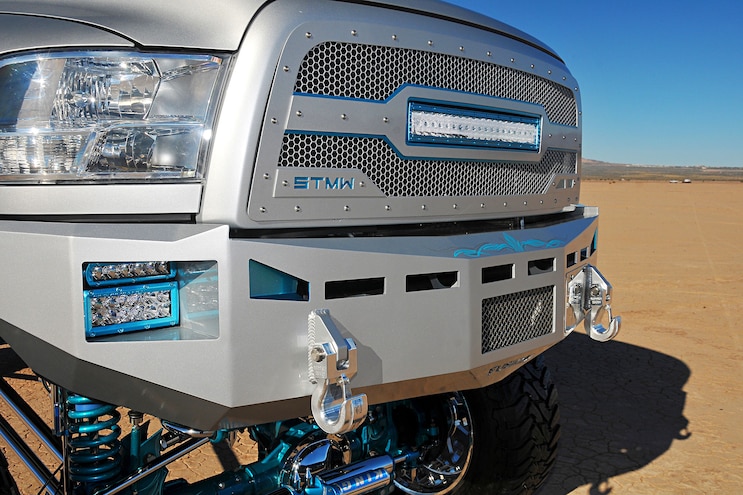 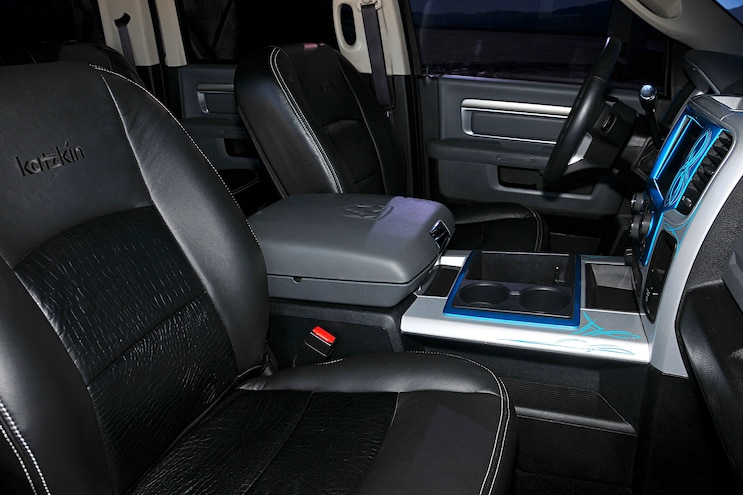 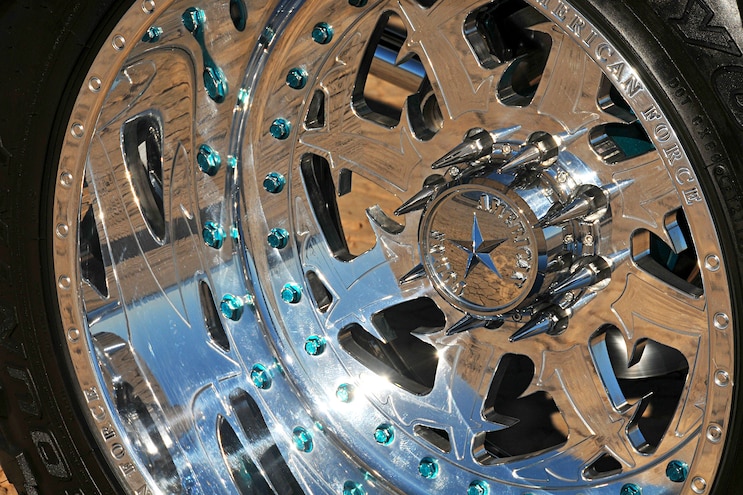