How did you move from interior engineering to chief engineer of the whole truck? 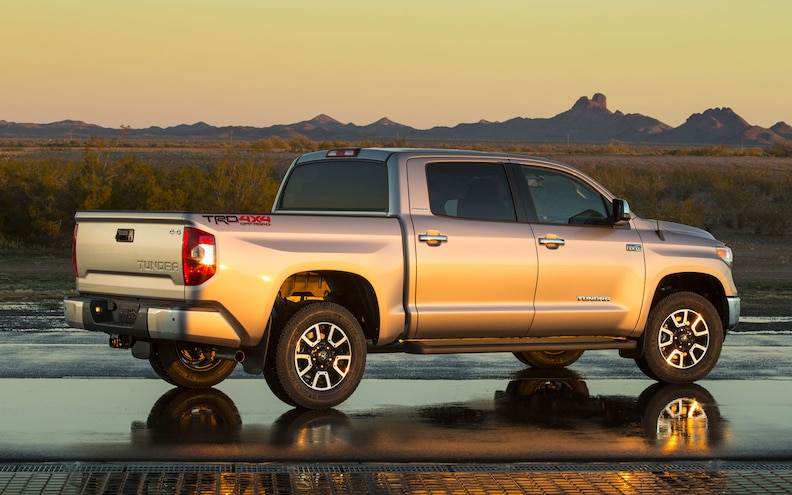 Mike Sweers grew up in farm country south of Grand Rapids, Michigan. He earned a mechanical engineering bachelor's degree from the University of Detroit and later an associate's degree in quality control management from Lansing Community College, graduating magna cum laude.
He started his engineering career at Oldsmobile, moved to Chrysler in 1986, and four years later took a job with Toyota Engineering. "Toyota asked if I wanted to help start an engineering center in the U.S., and I was the second American hired there."
View Photo Gallery | 11 Photos
Photo 2/11   |   Mike Sweers Toyota Trucks Chief Engineer
Managing an interior design department at the Toyota Technical Center in Ann Arbor, Michigan, he soon was promoted to general manager in 1999 and to VP of interior engineering design in 2010. Six months later, Sweers was named chief engineer of the full-size Tundra pickup, and in 2012 of the midsize Tacoma.
TT: How did you move from interior engineering to chief engineer of the whole truck?
MS: That was our president's idea. Being a farm boy and still having a farm, I had a lot of truck experience and a lot of opinions. He thought if I was going to complain so much about it, I should be the one to fix it.
TT: What is your product philosophy?
MS: First, we want to keep our reputation for quality, reliability, and durability for building that indestructible truck and making it fit American tastes and the American market. I'm just one customer, so I listen to the voices of all the customers, but that experience is the reason for bringing on an American chief engineer. And because I grew up with trucks and have always had trucks, I have a certain passion around making a truck that I'm proud to drive.
TT: As the competition keeps getting better, you have to keep meeting, if not exceeding, everyone else's capabilities.
MS: Our leadership in trucks is what we call "overbuilt," building indestructible trucks and giving our customers more than they expect. There's a lot of noise about what competitors' trucks can do, and the reality of what they actually do. My friends in Dearborn like to advertise their fuel economy, but they went from first in J.D. Power fuel economy satisfaction to last this year. Because they're advertising highway instead of combined fuel economy, their customers aren't achieving what they were promised. EcoBoost is being touted as a high-tech engine, but it really doesn't offer anything more than my current V-8 does. Consumer Reports says EcoBoost gets 15 miles per gallon, Ford's 5.0-liter gets 15, and my Tundra 5.7-liter gets 15.
View Photo Gallery | 11 Photos
Photo 6/11   |   2014 Toyota Tundra Platinum Front Three Quarters
TT: A big issue right now is J2807, the SAE standard for towing capacity.
MS: That was written by all of the OEMs, including us, and getting every OEM to agree on the same thing was quite a task. Everyone agreed to it, and everyone was supposed to be compliant to it in 2013. Then everyone backed out except for us. Our competition doesn't want to comply with it because it takes your tow rating down. We went from 10,500 to 10,100 pounds when we implemented it. But we believe that it gets back to safety and satisfying the customer. We don't overpromise. Typically, we'll underpromise and overdeliver.
View Photo Gallery | 11 Photos
Photo 7/11   |   2014 Toyota Tundra 1794 Edition Front
TT: Some have complained that there's very little change to the new Tundra.
MS: Everyone is asking why I didn't come out with a new powertrain. But when I compare my powertrain with my competitors', I don't understand the question. My competitors are coming out with double overhead cams. I've had them since 2007. They are coming out with multiple valves. We have 32, and they're touting 24 in their V-8. They are introducing variable valve timing. I've had VVT since 1999. People are asking why I haven't updated my powertrain when my powertrain is still more advanced than my competitors'.
View Photo Gallery | 11 Photos
Photo 8/11   |   2014 Toyota Tundra Ltd Interior
We considered stop/start -- and we build more stop/start engines than anybody else in the world with our hybrid technology -- but it helps with city, not highway, so can you get enough combined fuel economy to justify the cost? And when you're running torque up around 400 lb-ft, you think you're driving a golf cart when that engine kicks over. We looked at cylinder deactivation, and we can do it, but it's an issue of cost versus return on investment.

In every issue, Truck Trend
interviews people involved in designing, building, and equipping current and future trucks. Have any suggestions for interviews you'd like to see? Email us at trucktrend@sorc.com -- Ed.