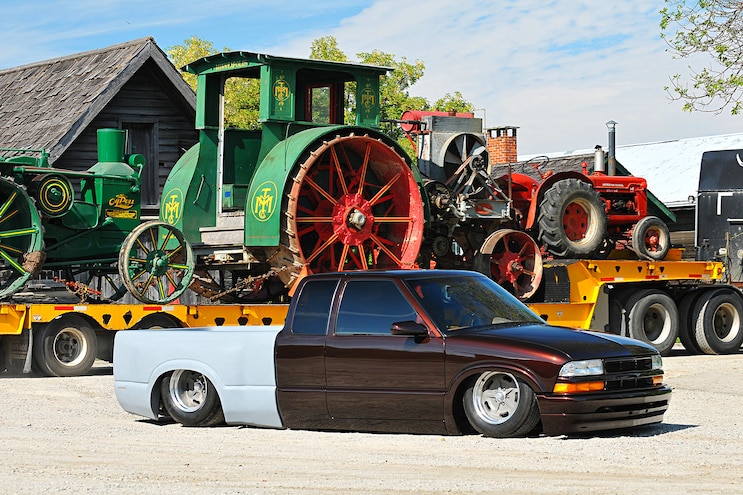 In the great white north of Ottawa, Ontario, a young Phil Cholette promised his grandmother that if she were to give him a truck as an early inheritance present, it would remain stock. His mother and father both joined in and made Cholette promise not to tinker with the truck, based on his reputation. Cholette owns a metal-fabricating company called Philbuilt in which he customizes metal parts out of essentially anything to make keychains, trophies, and anything else that’s needed. The creative nature of Cholette led to both his parents asking him to guarantee he would leave the truck stock. 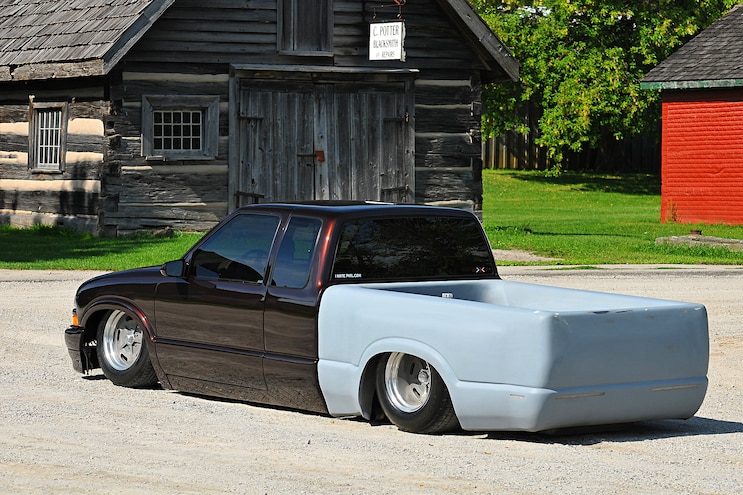 View Photo Gallery | 6 Photos
Photo 2/6   |   Cholette Chevy S10 Rear
The purpose of the 2002 Chevy S10 truck was so allow Cholette to get to and from college, but like an addiction running through his veins, the promise was broken a month later. The Chevy was lowered, then minor body modifications to hide what he was doing. The year 2009 was a hard year for Phil. The grandmother who had gifted the truck to him passed away, as well as his other grandmother and his aunt. “It was then I looked at things a little differently,” he says. “I realized you only have this one life and why not break some rules?” 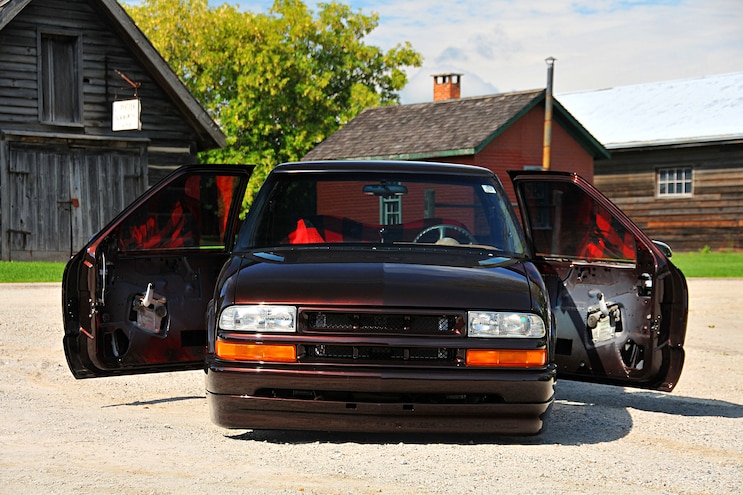 View Photo Gallery | 6 Photos
Photo 3/6   |   Cholette Chevy S10 Front
Cholette ordered the air suspension and started working on upgrading the motor to make the Chevy a massive force to be dealt with. Most custom truck builders set their sights on body dropping their trucks, but Cholette stands at a towering 6 foot, 9 inches. Body dropping was out of the question. His size 16 shoes barely fit in the stock mini-trucks, so he put a plan in place. He extended the rocker panels and simulated a body drop. Cholette, although he went against his promise to his parents, wishes to thank them both for understanding this culture runs through his blood. A special thanks to Jeff Roulston, Frank Boucher, and all of the #unaPhiliated family, Bob BonOnAir Smith, Jeff Wybrow, and all the many people that pushed him over the years. The Chevy hasn’t been completed yet, so many of Phil’s friends have affectionately asked, “Has your mom figured out it’s not really stock anymore?” 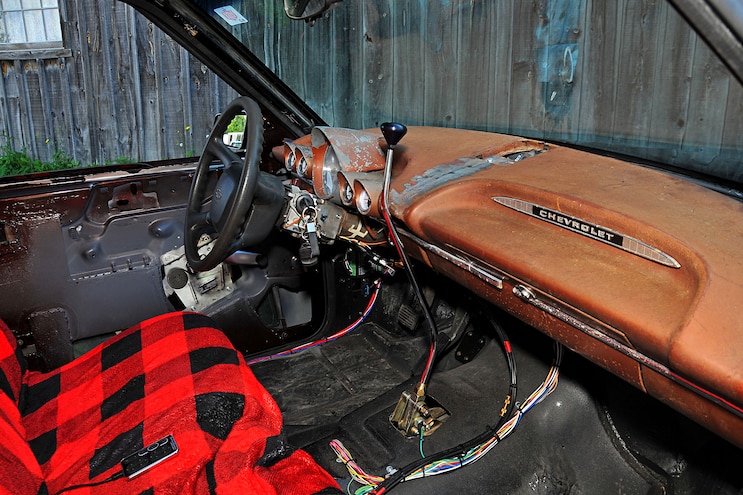 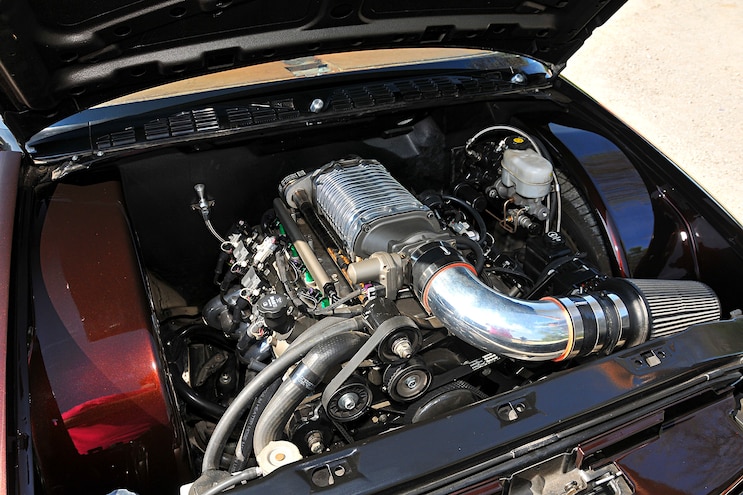 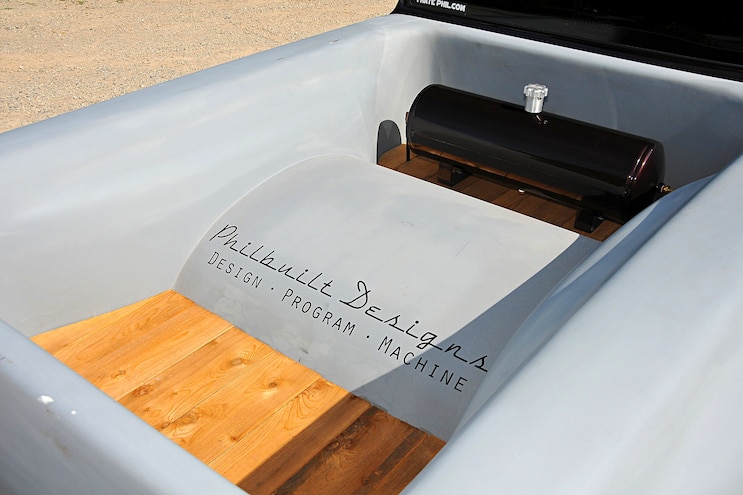