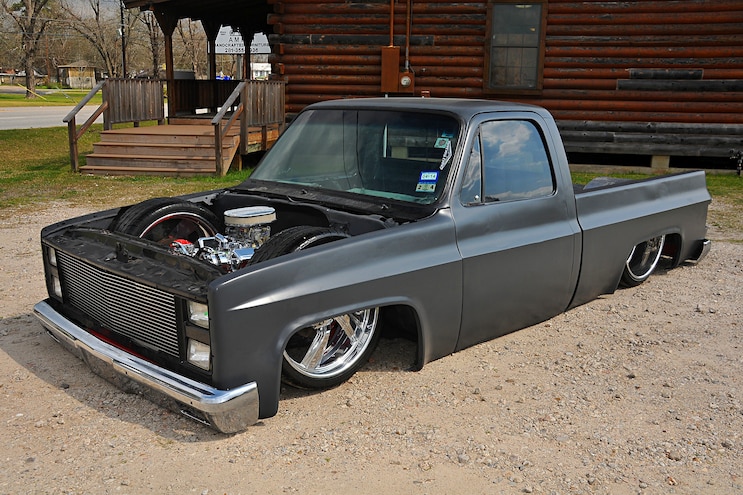 Sometimes you have to be at your very worst to realize how to become the very best. For Erik Dominguez of Cypress, Texas, a tragedy propelled him to excel. Erik grew up with his father Pascual building trucks and going to shows. When Erik started tagging along, he began to see what his father loved about the truck culture. “It seemed like everyone was a family, “Erik says. “It’s something that just drew me in.” Once Pascual learned how to alter the suspension using airbags, Erik’s whole outlook on trucks changed. He hadn’t quite seen an adjustable suspension, and like a kid to candy, he was hooked. 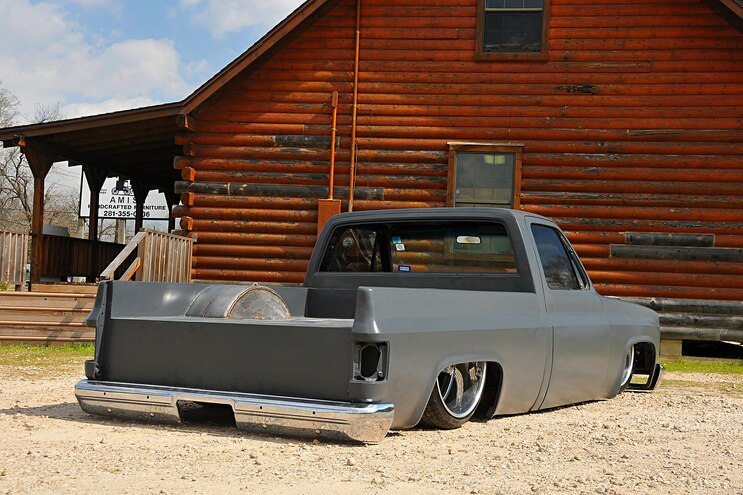 View Photo Gallery | 4 Photos
Photo 2/4   |   1985 C10 Rear
Once his father sold his beloved truck, Erik was devastated. Thinking it was the end of his truck experience, Erik wasn’t sure what to do. At that time, his cousin had purchased an older Chevy C-10 and went to the Dominguez father and son duo to ’bag and body drop it. At that moment, Erik’s passion was jumpstarted. One year later, his father surprised him by purchasing a 1985 Chevy C-10. It was a dream come true. Six months later, though, a truck hit him from the rear on a rainy road and his new Chevy spun out. The truck that had hit him disappeared. 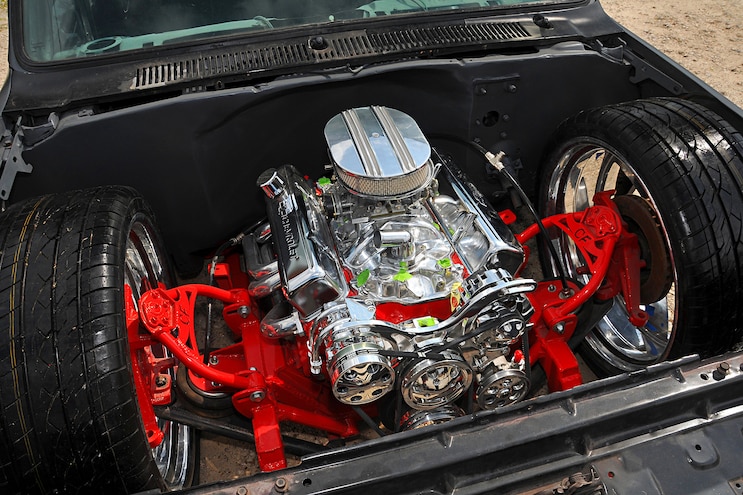 View Photo Gallery | 4 Photos
Photo 3/4   |   1985 C10 Engine
The accident was so severe the truck landed in a ditch—completely totaled. His father rushed to the scene and pulled him out of the wrecked truck. Luckily, Erik suffered no permanent injuries. But as he sat there completely dejected and upset, a thought came to him. It was time to rebuild the truck, not replace. Erik and his father rebuilt the entire frame. They installed a new engine and assembled all the bodywork.
The tragedy of almost losing his life and his prized possession had turned his outlook around. Erik now values everything even more and strives to make sure he truly appreciates everything in life. He wishes to thank, most importantly, his father Pascual and his mother Erica, as well as his uncle Elbin Alcarez and friends Bryan Martinez and Joe Martinez for all their help. It took a hit and run, a ditch, and a dream to make Ditch 2 Doored a possibility. 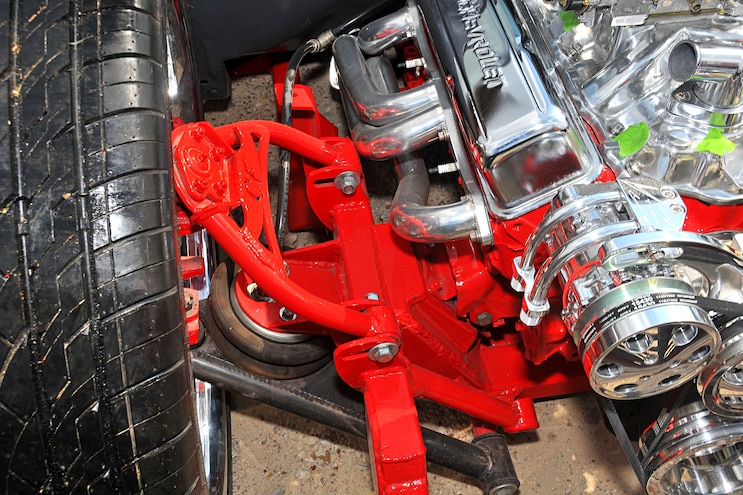