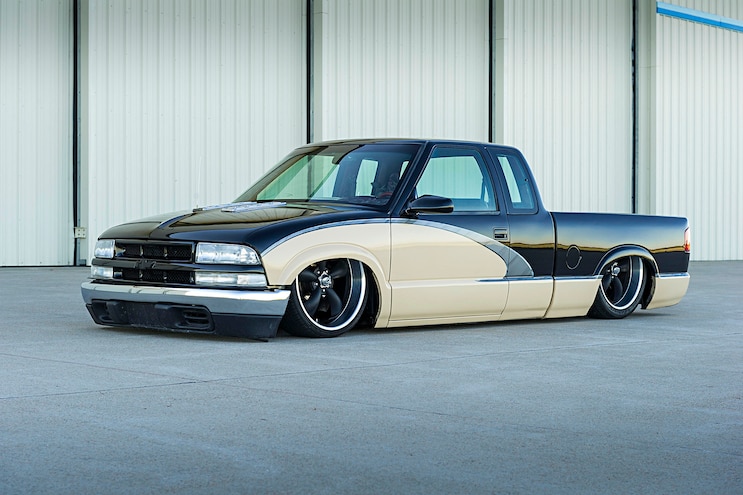 These days, everyone wants to have the newest technology, cutting-edge parts, and craziest all over build to one-up anything that came before it. It’s refreshing to see a build that takes you back to a simpler time—a throwback into the time of clean and simple. In all aspects of the truck, from interior to exterior, this 1994 Chevrolet S10 succeeds at reminding us that builds are still about how the owner wants it to look. Chris Cavanaugh out of Haysville, Kansas, originally set out to make this truck everything he enjoyed about a show truck. During the five-year build, Chris was able to pick and choose every aspect of what he wanted to see on his S10. 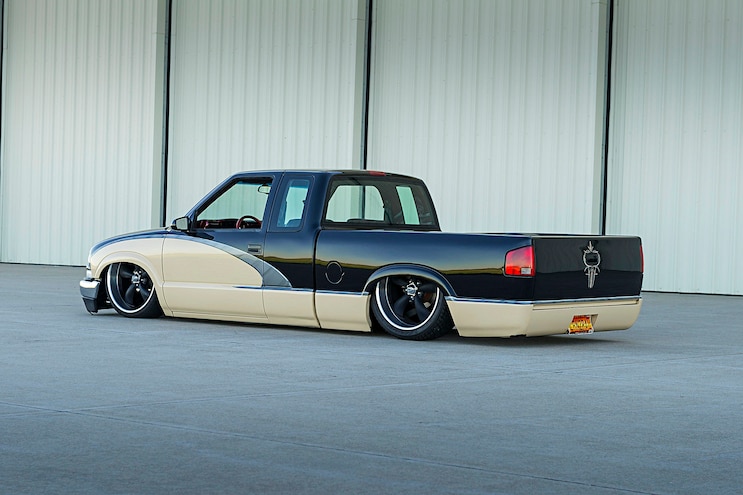 View Photo Gallery | 13 Photos
Photo 2/13   |   1994 Chevy S10 Rear
From the first time he saw this truck, Chris knew he wanted to own it. His friend and fellow truck enthusiast Justin had owned it when Chris spotted it and he tried to buy it from him on the spot. But no go. After a while and with some persuasive pestering, Chris convinced Justin to trade the truck to him for two Mazda B2000 series project pickups he owned with some cash on top. As soon as he drove it the first time, he knew he had made the right decision. However, he knew he needed to transition the build into his own, not Justin’s. 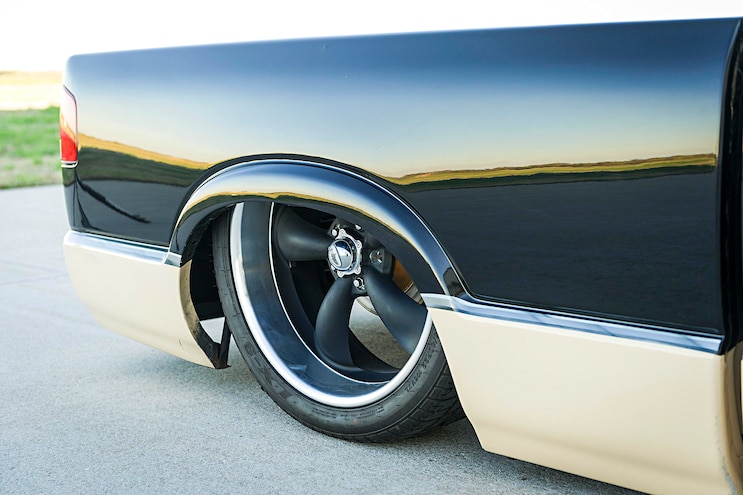 View Photo Gallery | 13 Photos
Photo 3/13   |   1994 Chevy S10 Wheel
Starting with changing out the wheels, Chris soon realized a full makeover was needed and began to put together plans, starting with the paint. The rest of the custom shaved and modified interior pieces were sprayed to match the existing one-of-a-kind dash. Luckily, the friend he had bought the truck from had done all that paintwork himself originally. So Chris was able to working alongside Justin on the paint. As the interior went under the knife, Chris moved added a new black carpet and sent the seats, which came from a ’90s Suburban, off to a local interior shop to be re-upholstered with maroon leather. 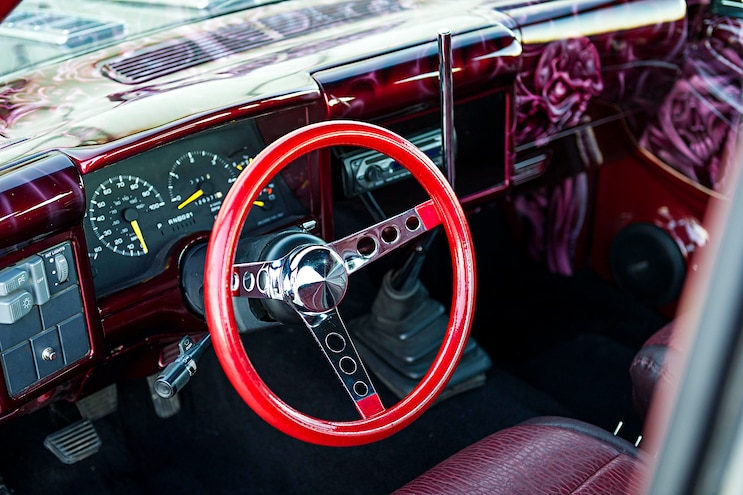 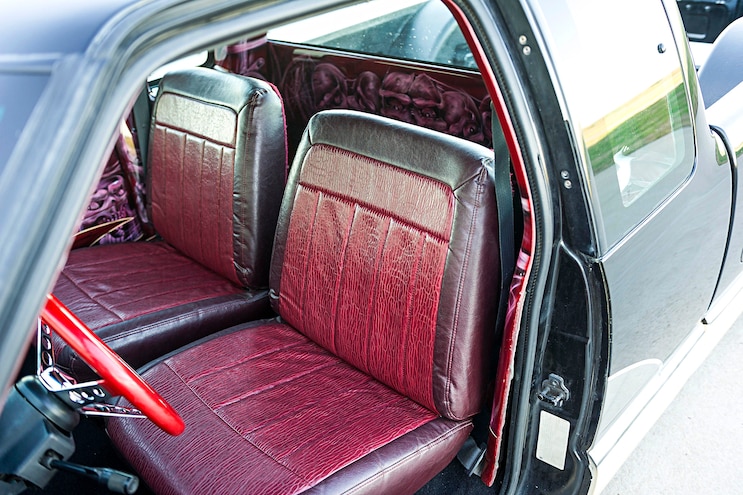 View Photo Gallery | 13 Photos
Photo 5/13   |   1994 Chevy S10 Interior
Looking for a full-build show truck, Chris wanted to cover all areas of the truck. Next was a one-off hood from Ryan James, a fellow S10 builder, made from the centersection of a ’69 Camaro hood. He body worked and modified the rest to fit the truck’s body. Chris swapped the headlights from the stock 1994 front to the less-dated, fully clear lights from the ’98 front end. After the all paint was laid, it was time to fine-tune the engine bay. This included relocating the battery behind the passenger seat, installing a new Hydroboost brake system and a new clutch reservoir, which was mounted on the inside of the cab because the new bigger wheels took up more bay space. Add in some final bay accents and dress-up pieces, and Chris had completed the show truck he was dreaming of driving. 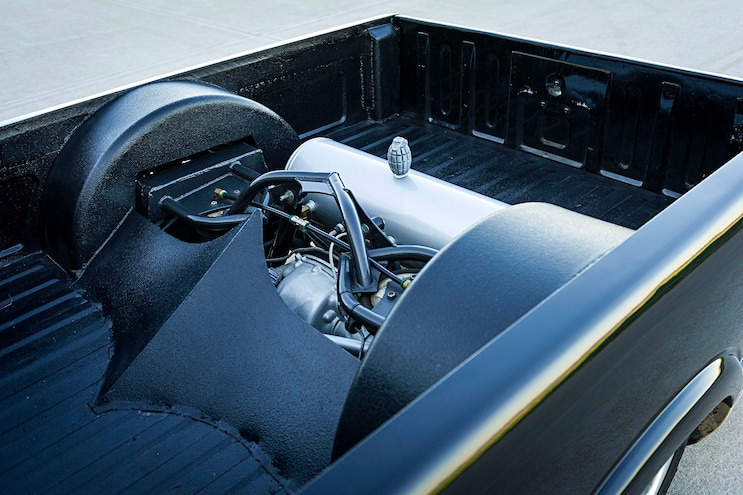 View Photo Gallery | 13 Photos
Photo 6/13   |   1994 Chevy S10 Bed
Chris wants to thank all his friends and family who supported or helped with his build, like Justin Cline, Gabriel Vasquez, and his wife Natalie, for all of the moral and mental support through the years. He’s finally ready to enjoy his modern throwback. 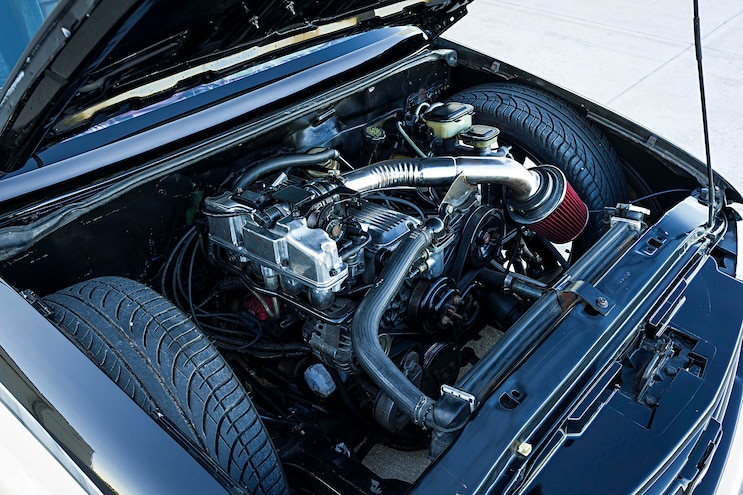