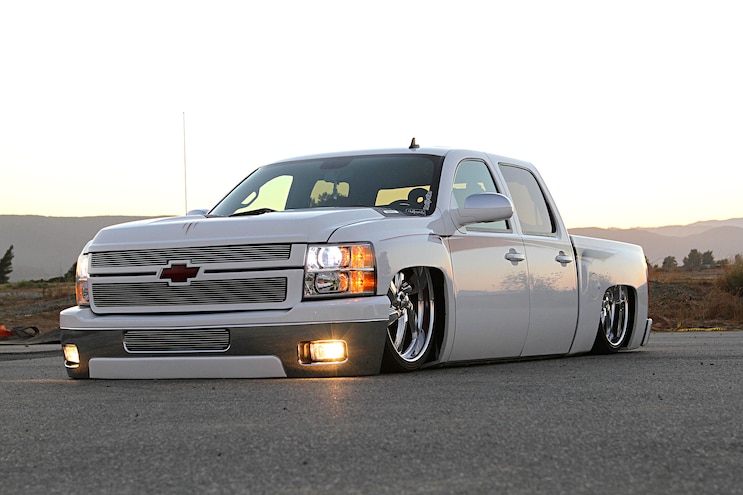 Growing up a die-hard mini-trucker, Ernie Macias always had dreams and aspirations of one day building a full-custom mini and gracing the cover of Mini Truckin’ magazine. Ernie always goes after his dreams, and turns these dreams into goals, and said goals into plans of action. So he was well on his way, earning his first cover shoot in 2002 (check out the February 2003 issue of MT). 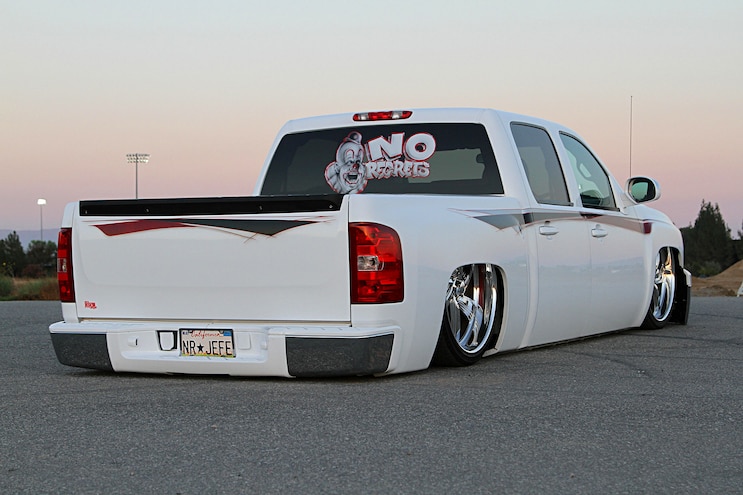 View Photo Gallery | 17 Photos
Photo 2/17   |   2012 Silverado El Jefe Rear
But anyone who knows “Big Ern” as well as we do, also knows he wasn’t going to stop there. Two more covers later, Ernie had made a new goal to become an editor at his favorite magazine. When the time came, he was first in line after the job-opening announcement. After a series of interviews, Ernie’s passion for custom trucks had shown through, and despite having no real editorial, writing, photography, or any other useful media skills, how could we pass up the chance to hire Ernie? That way, we kept the Mini Truckin’ legacy of real mini-truckers running their favorite rag. Too many states, shows, beers, countries, and stories later—we had a blast traveling the world and reporting on our passion for the die-hard readers—it was soon time to move on. Ernie was on kid number two, at this point, and it was time to once again get a “real job” that could support his growing family. Also on the list, would be a custom-truck build to accommodate his family of four.
Ernie went back to the real-estate world and began plotting this next build. A Chevy Fullsize was soon on the chopping block with his good buddy Steve Wilk over at Wilk Worx. The first round of mods ended with a ’bagged and bodied black fullsize that was certainly up to par with his past builds. However, he also got the much needed room he was after to fit the whole family during the weekend cruising and showing off his new pride and joy: El Jefe. 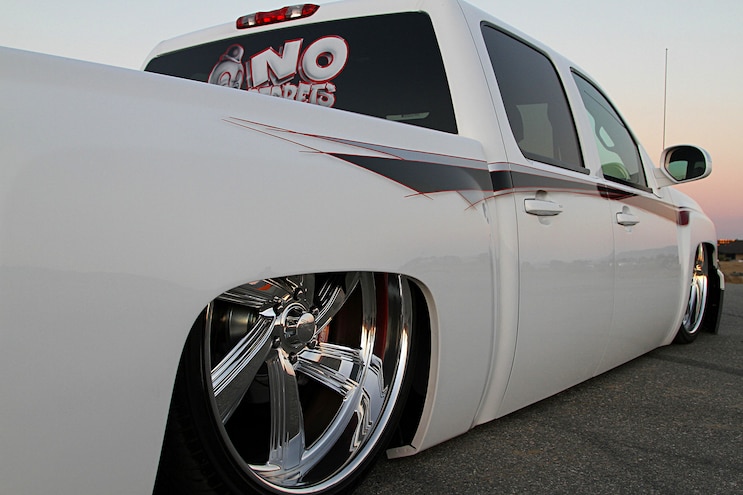 View Photo Gallery | 17 Photos
Photo 3/17   |   2012 Silverado El Jefe
Well, sure enough, you can take the mini-trucker out of the mini, but— Soon after its SEMA debut, Ernie was already plotting for a full makeover on El Jefe. This time around, Ernie wanted to touch up a few things, go for a complete color change, and dial her in for long-distance driving duties. It went back to Wilk Worx for some tweaks, new bed floor, and a few odds and ends before the real transformation began. Now laid flat over the 26x10-inch Racelines, it was time for Matt Hutcheson to do what he does best and go to town. Opting to switch it up from black to white, Ernie wanted a nice clean driver with some simple graphic treatments. So Matt made a call over to Ron Fleenor at Matrix Systems/House of Kolor to secure the right finish for the job. Soon, Matt was knee-deep in the re-spray, dialing in the jams, taping and running the graphic all the way through, and adding his flair to a clean white paint job. With the exterior makeover complete, including the new HD front-end update, it was time for an interior upgrade.
An Alpine head unit mounted in the dash now controls the full Kicker Audio sound system in a custom-built enclosure hidden under the seat, which was built by Adam at Extreme Audio and Kustoms. The red Katzkin leather really brings the interior to life, and the finishing touches by A&C Upholstery tie everything together as the perfect comfortable family cruiser that Ernie was after with this build. When we talked to Ernie for this shoot, we chatted about the good ol’ days and also asked what was next for this fullsize and if he had any other builds in mind. 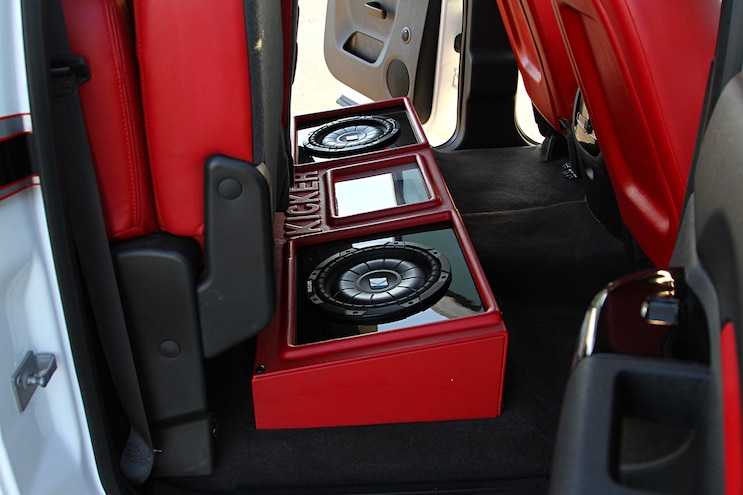 View Photo Gallery | 17 Photos
Photo 4/17   |   2012 Silverado El Jefe Interior
“I don’t think I’ll build another fullsize,” Ernie says. “This one is perfect to fit the family in, and I’ll probably keep it until the day I die. But I’d like to build another cool mini someday. I have my body-dropped Impala, also. But there’s just something about a badass mini-truck. That will always be my first love.”
We think that about sums it up perfectly. Thanks for letting the Truckin’ crew tell your story, brother. We’re looking forward to seeing what’s next! 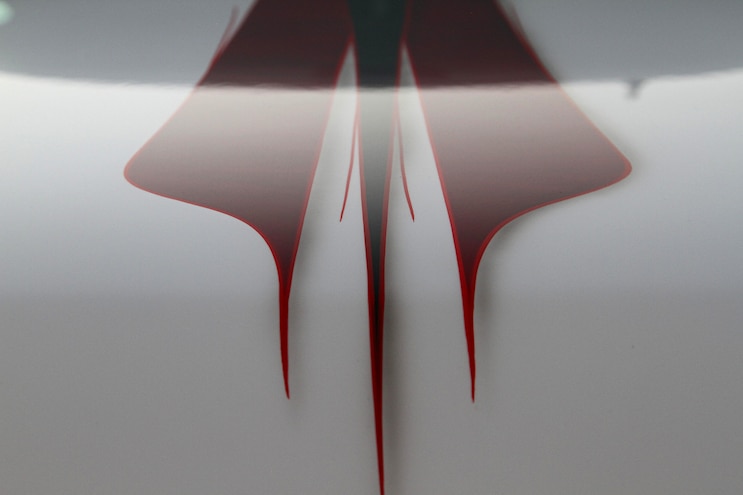