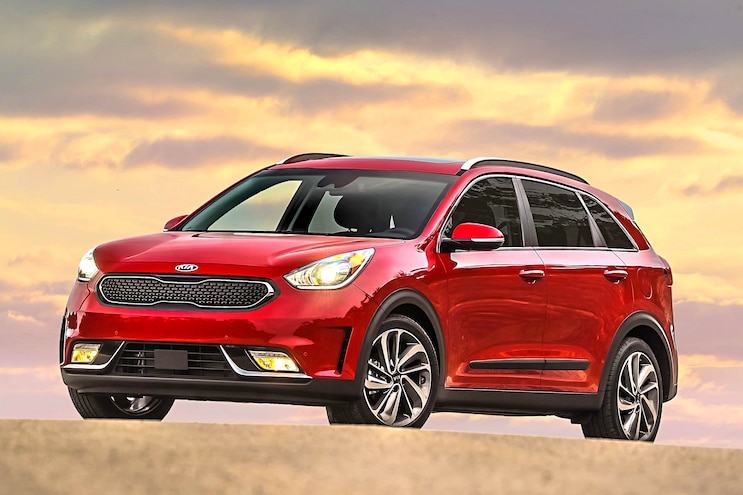 Kia's U.S. leaders grew weary of seeing Toyota Prius hybrids literally everywhere they looked, especially in their home state of California. After all, the Prius is the iconic gas/electric hybrid that no other automaker has successfully challenged, at least in terms of sales volume. Yet, when Kia asked Prius owners what they liked about their cars, most said they love the fuel economy but not so much the styling or drivability. And except for owners of the larger Prius V, Toyota customers said they could use more interior room and utility.
So Kia set out to design and develop a gas/electric hybrid that would deliver near-Prius efficiency in a more attractive, fun-to-drive package with small-crossover capability. Hence, here comes this ’17 Niro compact CUV, named after the company’s 2014 hybrid concept car. 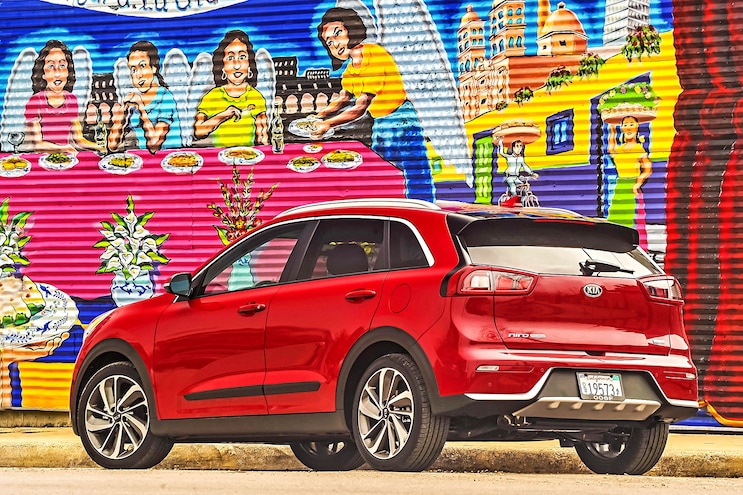 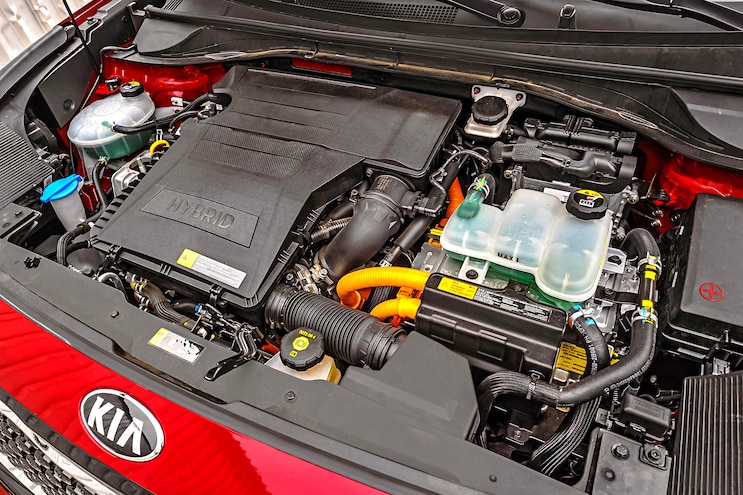 View Photo Gallery | 29 Photos
Photo 3/29   |   2017 Kia Niro Hybrid First Drive
The Niro’s hybrid powertrain marries a new 104hp 1.6L four to a 43hp electric motor between engine and transmission for a total system output of 139 ponies and 195 lb-ft of torque. (Total output can't be the sum of engine and motor power, since both can't develop peak power at once.) Kia says this engine is the first to combine efficiency-enhancing Atkinson cycle operation with direct fuel injection, cooled exhaust gas recirculation (EGR), and a long-stroke, small-bore configuration to boost efficiency to up to an EPA-rated 50 mpg combined in the base FE model. Other models offer 51 city/46 highway/49 combined mpg.
The Niro’s smooth, quick-shifting dual-clutch transmission contributes to both efficiency and un-hybridlike dynamics, partly because the electric motor's instantaneous torque boosts launch feel. In our daylong drive, we found it fairly eager off the line with wide-open-throttle performance ranging from a bit sluggish at low rpms to pleasantly torquey from mid-range, especially when manually shifting the gearbox in Sport Mode. Ride was good, braking strong, steering surprisingly sharp, and handling happily agile for a small CUV. 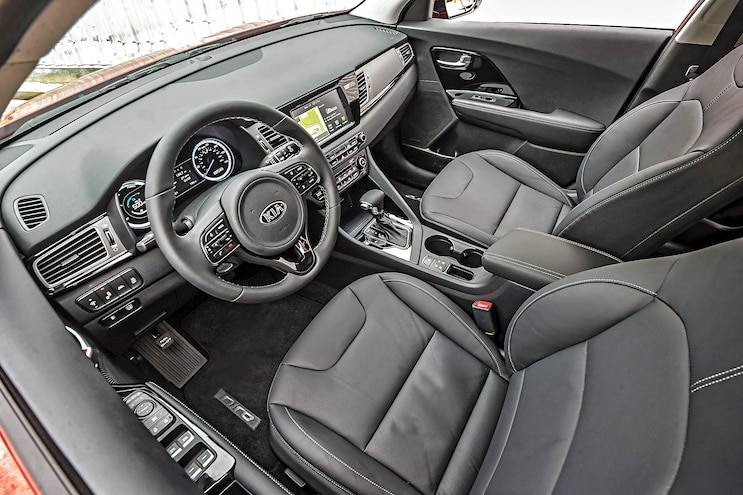