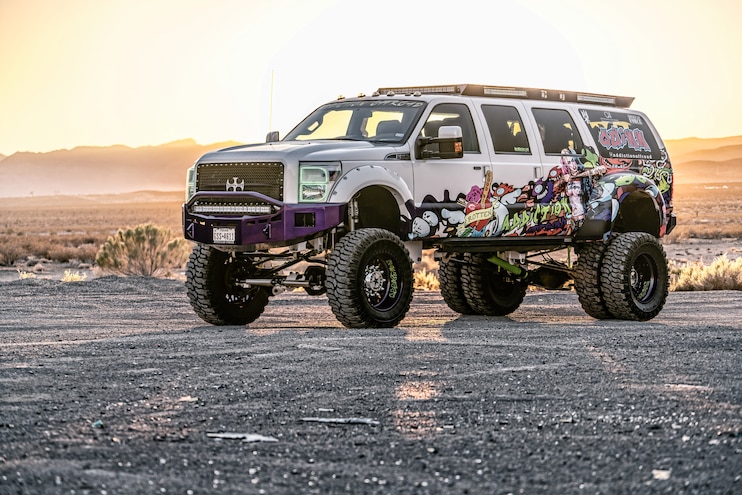 Every once in a while, a feature crosses our desks that just leaves us jaw-dropped and scratching our brows. This specimen certainly counts as one of them—introducing Quinn, owned by Pete Alongi of Addiction Offroad in San Antonio, Texas. We all know Texas serves up full-blown, bigger-than-life custom trucks, but this takes that stereotype to the extreme.
The Suicide Squad Harley Quinn–themed wrap by Wrap Stars of Spring, Texas, acts as a crazily detailed façade that conceals the first otherwise obvious massive body mod, found in the six-door conversion. Upon closer inspection, several other substantial body anomalies arise so that the resulting vehicle looks like something that doesn’t exist: a six-door Ford Super Duty dualie SUV. Try buying that off a Ford lot! 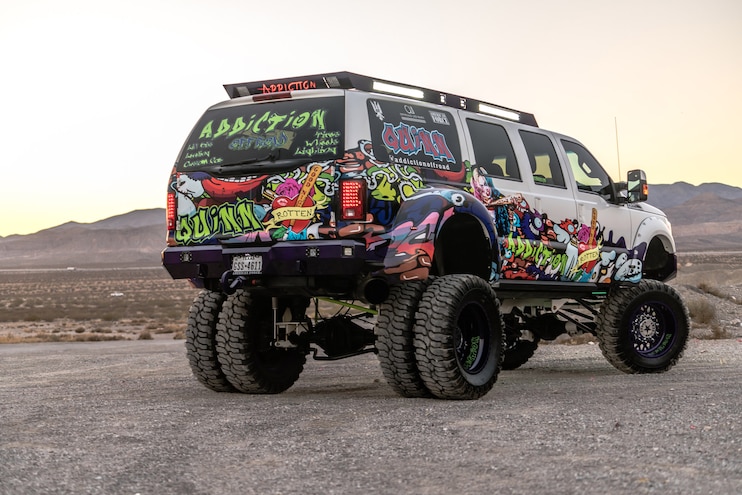 View Photo Gallery | 119 Photos
Photo 2/119   |   2005 Ford Excursion 6 Door Addiction Offroad Rear
What we’re actually looking at is an ’05 Ford Excursion, while the Super Duty cues, including the front clip, dualie rear end, and additional doors, come courtesy of a ’16 F-350 and help catapult the fascia of Ford’s obsolete SUV a decade into the future. A twin-turbo’d 6.7L Power Stroke powerplant (and no, that wasn’t a typo for 6.0L) is arguably Quinn’s most impressive mod, and, ironically, it’s the one alteration that’s completely visually concealed.
It was onto this unique foundation that Pete then added all the bells and whistles of a show-winning custom lifted truck for a combination that’s flat out respectable. The inspiration behind the stretched everyday-driver 14,200-pound Excursion? More room for Pete’s four kids, resulting in less bickering and less complaining. Can’t argue with that! 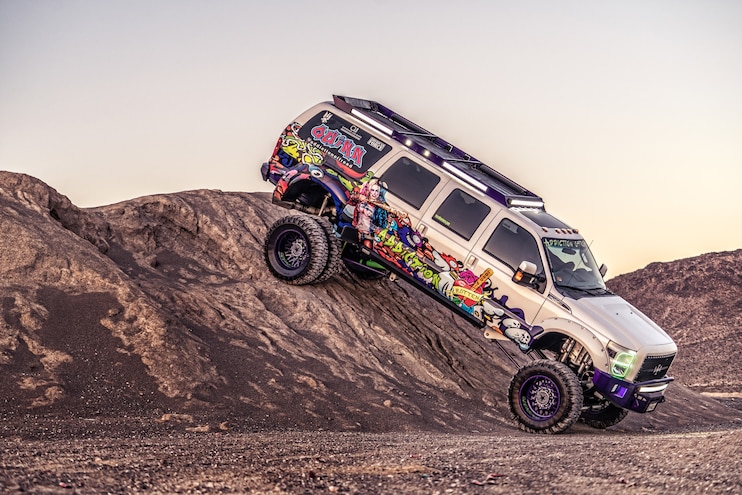 - OF
By Monica Gonderman
748 Articles