1992 Mitsubishi Mighty Max- In Due Time 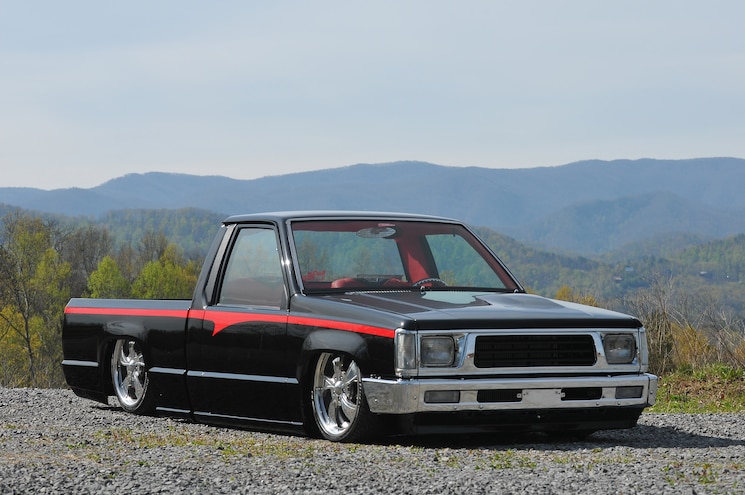 If at first you don’t succeed, you have to try, try again. For Justin Wyatt of Chilhowie, Virginia, this story eventually has a happy ending but it doesn’t get there quick. As a child, Justin’s father had a restored Chevy C10 and would often take it to shows. At the age of 12, a young Justin accompanied his father to a local truck show and saw his first mini-truck. He was instantly hooked and asked his father for truck magazines to see more.
Once old enough, he started hanging out with local truck owners and learning about them. “I actually learned how to drive a slammed truck around a grocery-store parking lot.” Justin says. “They were inside working, and I was driving their trucks.” Next door to his home was a black 1992 Mitsubishi Mighty Max he would see drive down the block all the time. Justin kept picturing himself as the owner. Until one day, the owner traded the truck to a car lot, and Justin convinced his parents to get it for him.

View Photo Gallery | 12 Photos
Photo 2/12   |   1992 Mitsubishi Mighty Max Rear
Justin decided he was going to completely redo the mini-truck and found a shop in South Carolina to send it to. The shop shut down and never finished his truck as promised and guaranteed. Justin had to make three separate trips with a car trailer to take all the pieces of the Mighty Max back home.
The second attempt to redo the mini-truck was a shop in West Virginia. After five months of the mini sitting outside and hearing excuse after excuse as to why it hadn’t been started, Justin decided to take the truck back. During this time, he was on the edge of just giving up and sending it to a crusher. But he remembered why he had chosen the mini-truck path. Eventually, he met Adam Quissenbury and everything changed. Adam was eager to help Justin once he heard the stories of the ill-fated truck. Within three weeks, the Mighty Max was completed and out of his shop and back on the road. 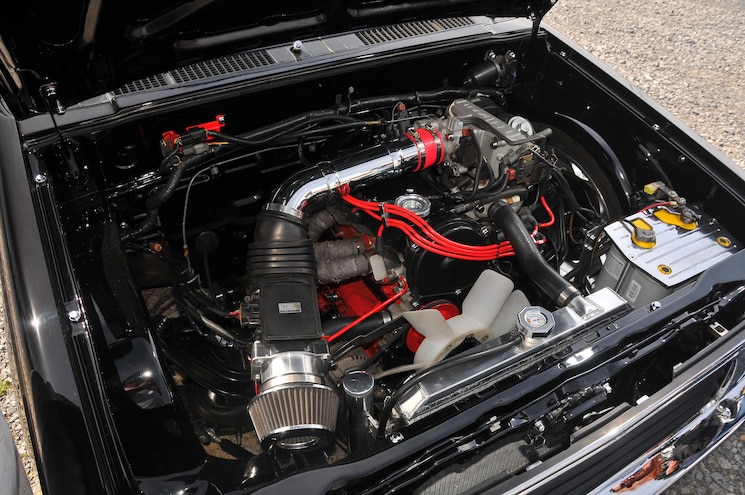 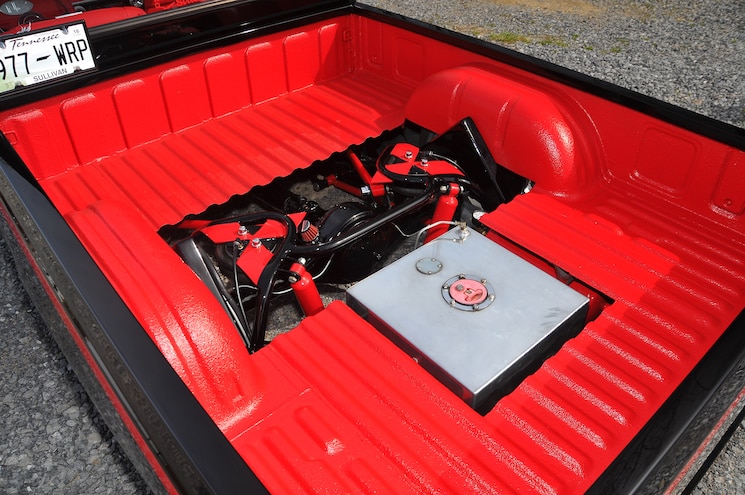 View Photo Gallery | 12 Photos
Photo 4/12   |   1992 Mitsubishi Mighty Max Bed
Justin wishes to thank his dad for not giving up on him and not letting him give up, as well as Jason McCraken, Darrell Poe, Jr., and all his Negative Camber members. A special thanks to Jonathan Chasteen and his staff at Kustom Stitch and Adam for all his hard work. In Due Time didn’t get to the finish line quickly, but nobody can argue it didn’t make an impact when it did arrive. 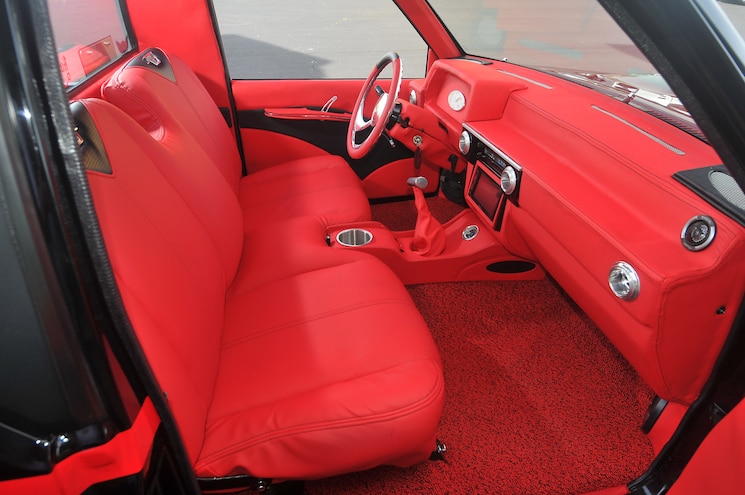 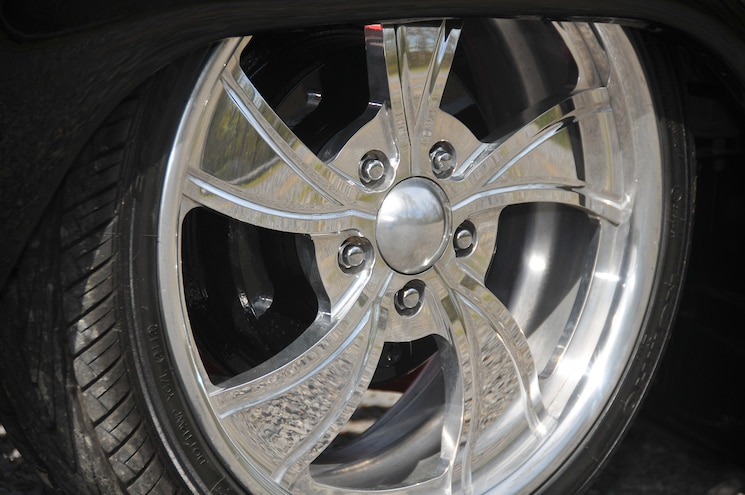