A Super Duty Build That Beat the Odds 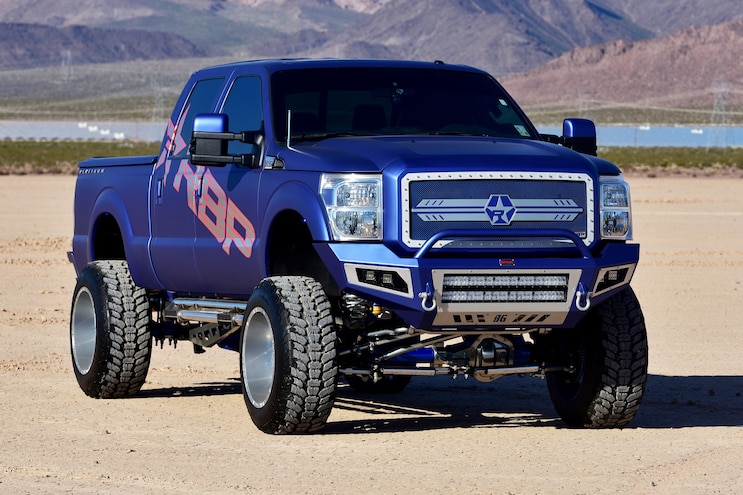 From adolescence to adulthood, Nathan Marshall has always been passionate about the automotive industry. As the years passed, his passion transformed into what it is today—an immense dedication to trucks. Nathan’s goal has always been to build something bigger and better, and the ’15 Ford F-250 Platinum you see here was purchased in August 2015 with the goal of exactly that—going bigger and better. For an entire year, the Blue Oval served as a work truck. Nathan used that year to save money for the build, knowing he wanted to do something cool. Exactly what remained a question, however, until the end of spring 2016 when talk of SEMA filled the air. This piqued his interest, as getting a truck featured at SEMA was an ultimate life goal. After a couple of phone calls and some asking around, Nathan met Cris Payne, a.k.a. The Truck Guru. A partnership and friendship were born, and the build began. 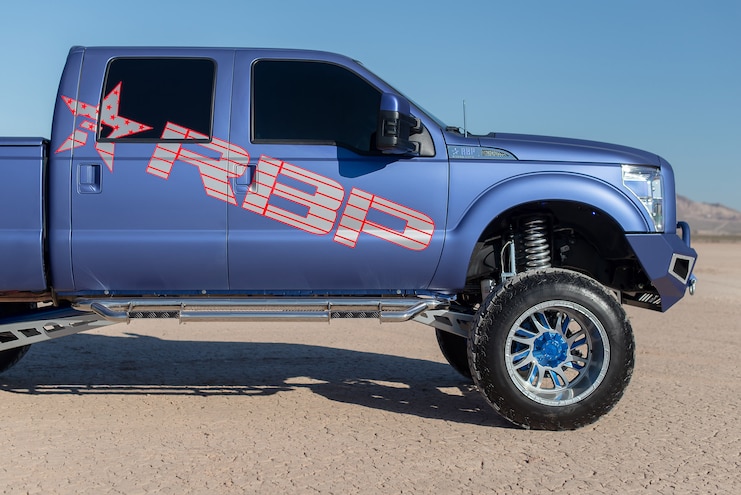 View Photo Gallery | 20 Photos
Photo 2/20   |   2015 Ford F250 RBP
Just when Nathan thought everything was going great, life took him in a different direction. You see, the nature of Nathan’s job had him on the road for long periods of time. And Nathan was OK with that—after all, he had an epic project to pay for! As the build was coming along, Nathan came home from work one night to find his wife was gone. He was absolutely blown away by this added stress on his plate. Shortly after, he received a call from someone at Insane Customz stating they were missing some key parts for the build. As it turns out, they were never ordered, however, the money was gone. 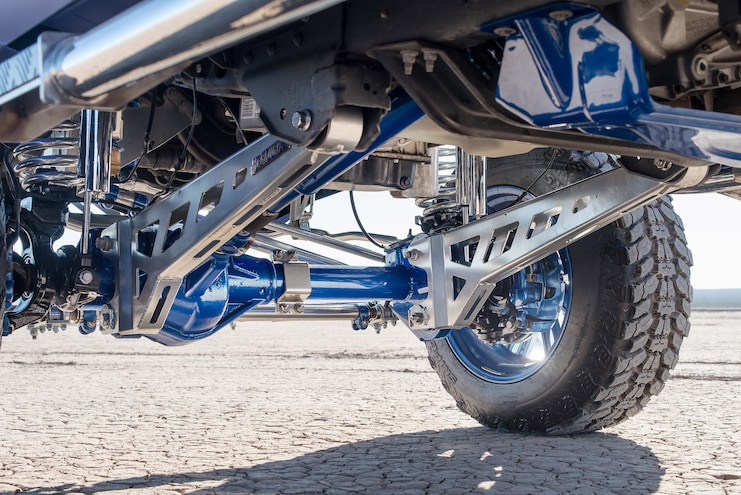 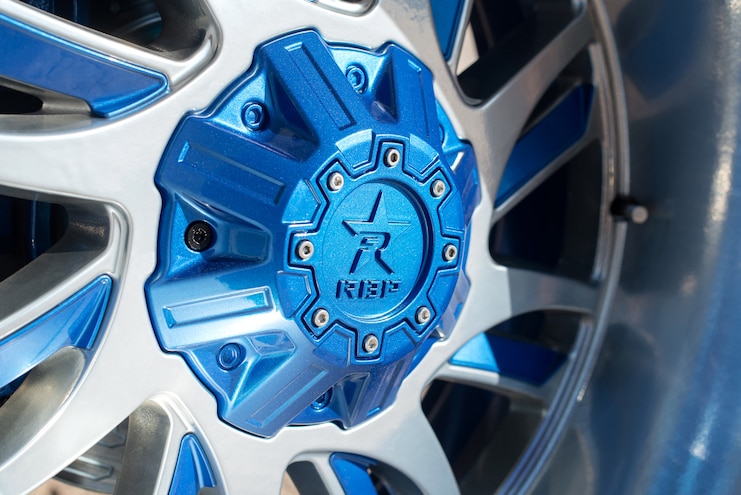 View Photo Gallery | 20 Photos
Photo 4/20   |   2015 Ford F250 RBP Wheel
At this point in time, SEMA was less than a month away, and the build wasn’t getting any easier. As Nathan was trying to complete the build by substituting parts, he decided to check on all 76 components at the chrome shop. As if life couldn’t get any harder, the chrome shop had taken Nathan’s money but hadn’t chromed any of the parts. After finding a shop that could take on the job in such a short amount of time—Jay’s Custom Coatings—the decision to go with a powder chrome was chosen to closely resemble the chrome that was supposed to be done.

View Photo Gallery | 20 Photos
Photo 5/20   |   2015 Ford F250 RBP Rear
After the fiasco, the truck was finally built, but it was not completely roadworthy. The big Super Duty, which hadn’t been driven since July, faced a problem familiar to many customizers: there was no time for an alignment. The plan was to tow the truck to Las Vegas—1,200-plus miles away! Twenty miles outside of Lufkin, Texas, the engine in the tow rig blew up—and that was just after swapping trailers in Lufkin. It took eight hours and some good samaritans, along with some local police, to get a tow to the Dallas area to pick up another tow rig. At this point, it seemed like the traveling crew was back on track; the only thing left was to finish the drive. Of course, it wasn’t that easy. In Arizona, disaster struck again in the form of more tow rig issues. They finally pulled over—200 miles outside of Las Vegas—where a stark reality struck Nathan: I have to drive this thing to SEMA. If I’m late, they won’t let me in. The SEMA show staff is very critical on roll-in times for the show vehicles. Nathan had an obligation to fill! Out came the wrenches and a tape measure, and bam!, the roadside alignment was complete. Nathan made it to the RBP booth just 15 minutes shy of the deadline. The finished product was a SEMA-worthy, brilliant blue metallic matte, lifted Ford F-250 Platinum— and one nail-biting happy conclusion to a dream come true for Nathan. 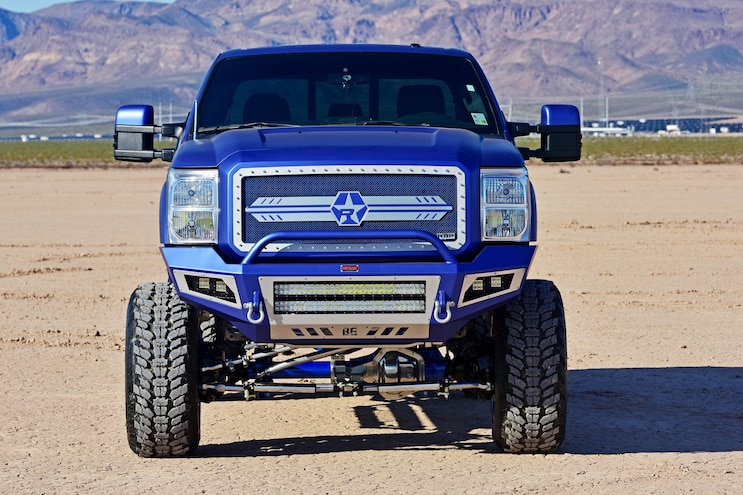