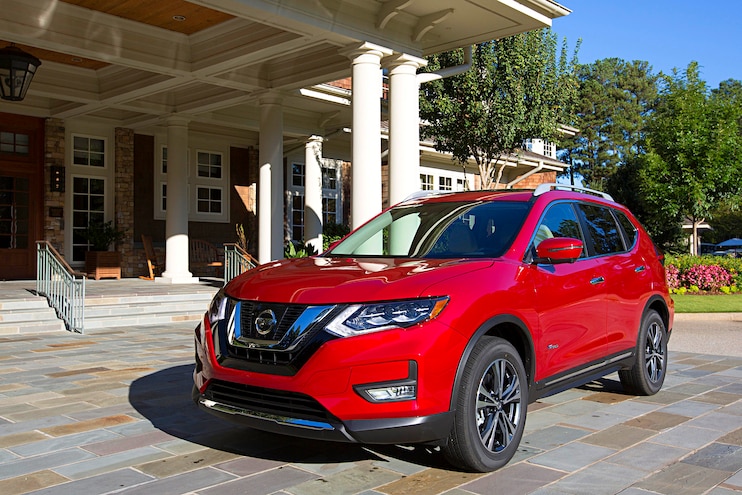 Fighting a stiff head wind while trying to maintain 80 mph and climbing to more than 6,000 feet on the road to Cheyenne, Wyoming, we put the ’17 Nissan Rogue Hybrid through a grueling 60-mile test to see how well it performs in the wild and whether the wind would blow it clean off of I-80—a not-uncommon occurrence. 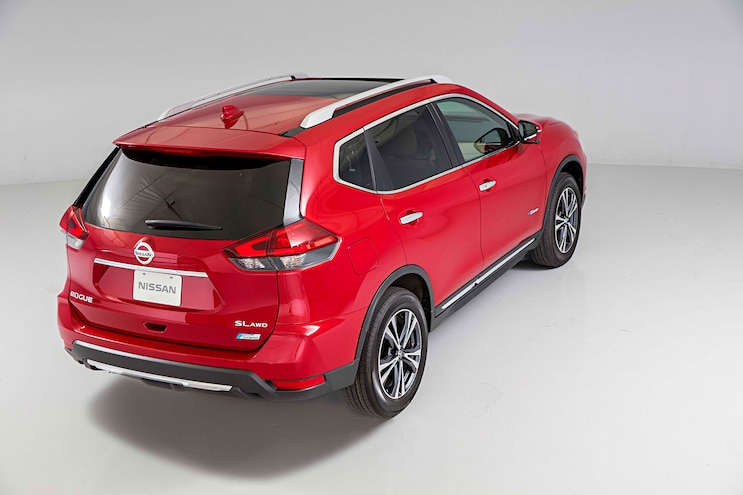 View Photo Gallery | 12 Photos
Photo 2/12   |   2017 Nissan Rogue Hybrid Rear
The new-for-’17 Rogue Hybrid was an interesting vehicle to test since it uses the combination of a 2.0L four-cylinder gasoline engine and a 30 kW electric motor and lithium-ion battery, mated to a continuously variable transmission. The gasoline engine produces 141 hp and 144 lb-ft of torque, while the addition of the hybrid drive system brings the net power to 176 hp. Nissan says it’s difficult to calculate peak torque output due to the electric motor, although other manufacturers publish combined torque numbers for their hybrids. 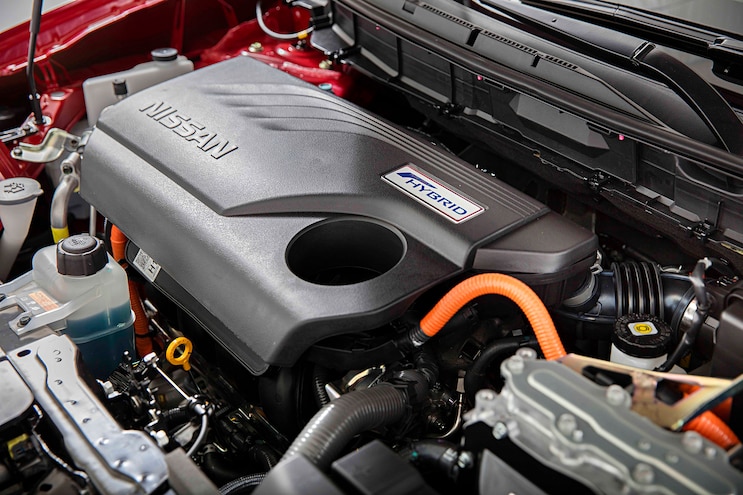 View Photo Gallery | 12 Photos
Photo 3/12   |   2017 Nissan Rogue Hybrid Engine
During a recent back-to-back comparison, we found the hybrid Rogue to be quicker and more engaging to drive than its comparable gasoline equivalent, thanks to its instant-on electric torque. We also liked its redesigned, luxurious interior. The Rogue Hybrid is available in SV and SL trim levels, although it misses out on the conventional Rogue SL’s available Platinum Reserve interior package that features quilted leather. The Hybrid is also a strict five-seater; gas-powered Rogues have the option of an occasional-use third-row seat, but the well into which it would fold is occupied by the Hybrid’s battery. However, compared to the conventional five-seater Rogue, the Hybrid loses no passenger or cargo space, which is a pleasant surprise.
Southern Wyoming is good test of any vehicle’s powertrain due to its straight roads, high speeds, elevation, and unpredictable weather conditions. Out on the highway and facing a headwind, the battery drained quickly and the small displacement engine became the workhorse. However, the dual-clutch system Nissan uses to engage and disengage the electric motor allowed the battery to charge and when it was ready, the clutch engaged the electric motor to help augment the power delivered by the engine. On the road to Cheyenne, we used the sport shifter option to force the CVT to artificially “downshift” to a lower gear ratio. The powertrain just didn’t have the power needed for passing in those conditions, yet to be fair, other vehicles have struggled on this road as well. Wyoming’s traditionally stiff winds tax most conventional passenger vehicles on I-80, and the Rogue Hybrid is no exception. 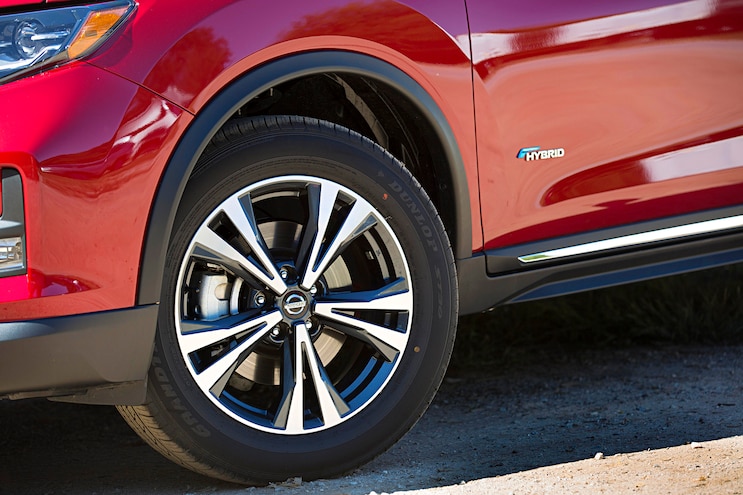 View Photo Gallery | 12 Photos
Photo 4/12   |   2017 Nissan Rogue Hybrid Wheel
This weather and the leadfoot behavior it required really put a damper on fuel economy on the way there, and we averaged an indicated 28.8 mpg, which is a far cry from the EPA estimated 35 mpg. However, on the way back with a tailwind, we eclipsed the rating by achieving an indicated 36.2 mpg. Admittedly, the open highway isn’t where hybrids typically outshine their gasoline brethren, but it’s important to note that Nissan designed the Rogue hybrid with highway driving in mind by allowing the electric assist to engage even at speed. Around town, the hybrid version has a real advantage over the traditional Rogue in terms of fuel efficiency, as evidenced by its impressive 31 mpg city rating for the all-wheel-drive Hybrid, besting the conventional Rogue by 6 mpg.
The ’17 Nissan Rogue Hybrid is an easy-to-drive and comfortable SUV with a seamless hybrid system providing real-world fuel economy improvements for a slight price increase over the gasoline equivalent. It should merit strong consideration from Rogue customers. 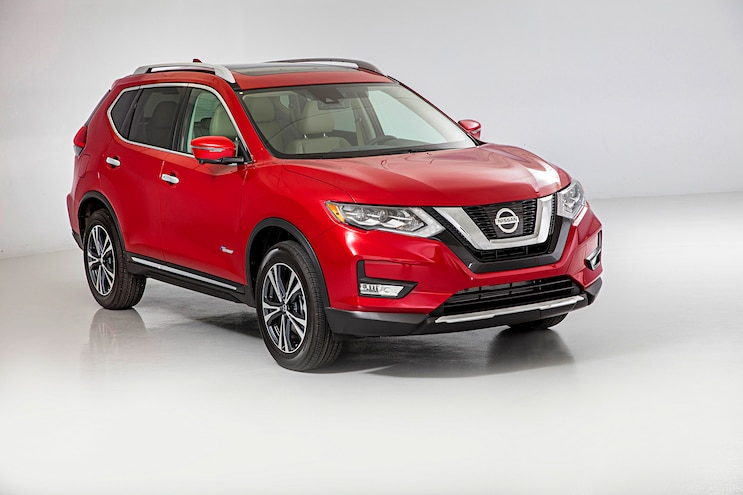