When Your First Build Gains Weight 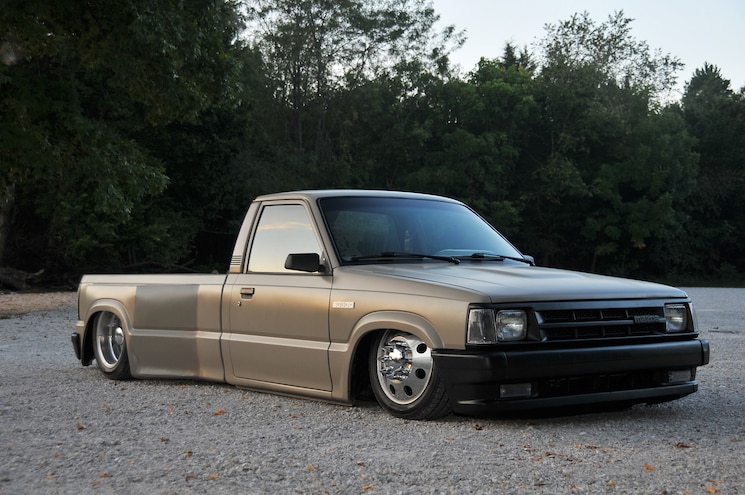 When A.J. Going of Rogers, Arkansas, first began his foray into the truck culture, it began fairly slowly. Coming from the import and rat-rod style community, he had the background and knowledge to integrate into his newfound hobby. A friend of his was selling a bone-stock 1988 Mazda B3500 that was right in A.J.’s price range, so he decided to start there. Being that this was his first truck, he went through a ton of trials and errors throughout the build. One day, he took one of his friend Richard Bruner’s dually wheels and crammed it up the front fenderwell, posting the image to social media. The picture got so much attention, it became motivation to build “Lil’ Fatty.” 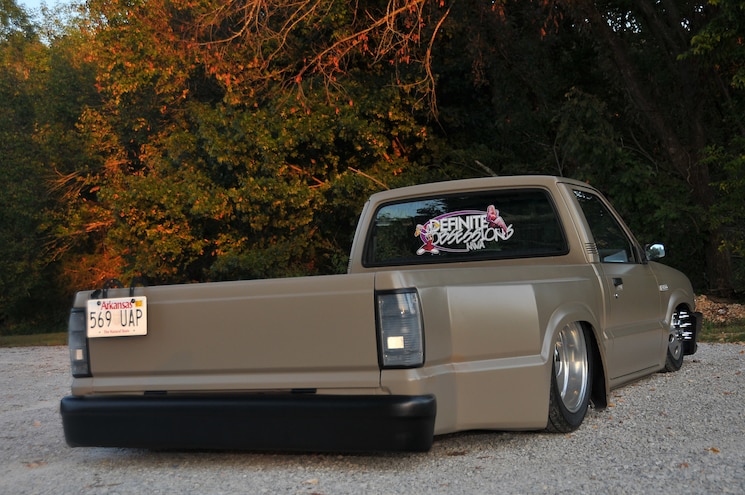 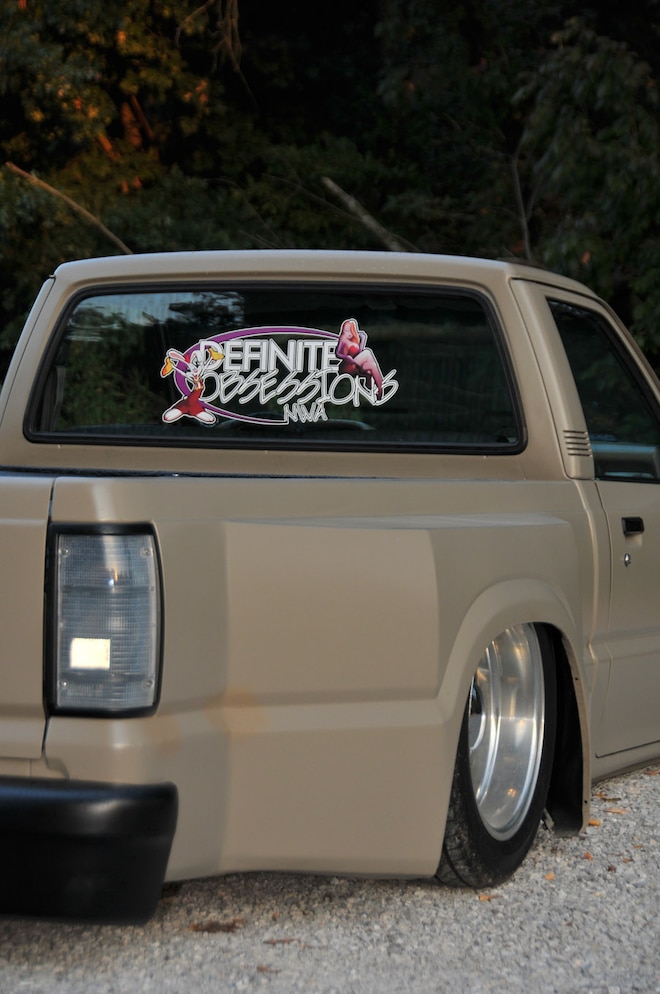 View Photo Gallery | 10 Photos
Photo 3/10   |   1988 Mazda B3500 Lil Fatty Wide Fender
To actually turn his Mazda into a dually, A.J. had to give the Mazda some massive metal work and alter the entire suspension. Kyle Dimetroff at Guilty by Design handled the heavy work, and Richard gave him the dually wheels. Based on a friend’s recommendation, he found a local guy to overhaul the entire interior. For the bodywork, A.J. had to find bedsides from a donor truck and section them down to fit and carry the body lines. 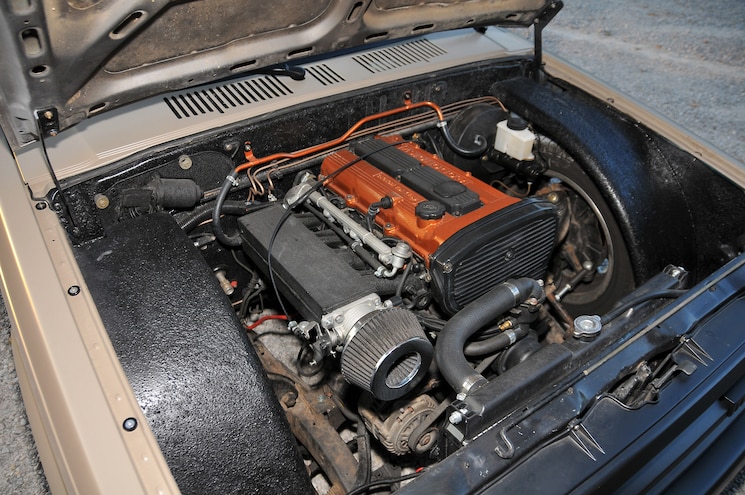 View Photo Gallery | 10 Photos
Photo 4/10   |   1988 Mazda B3500 Lil Fatty Engine
For the past 11 years, A.J. has owned the truck. Although, it started as a daily driver with dreams of grandeur, it took true creativity and imagination to get to where it is now. A.J. wishes to thank his friend Steve O for getting him into the scene, as well as Kyle at Guilty by Design for all the suspension work. Billy Pippen gets thanks for handling all the custom machine work, and a big thanks to his truck club Definite Obsessions for always keeping his motivation going. A.J.’s fiancé has been patiently waiting to have her truck built, so he wants to thank her for being forgiving while he continues his creative build. 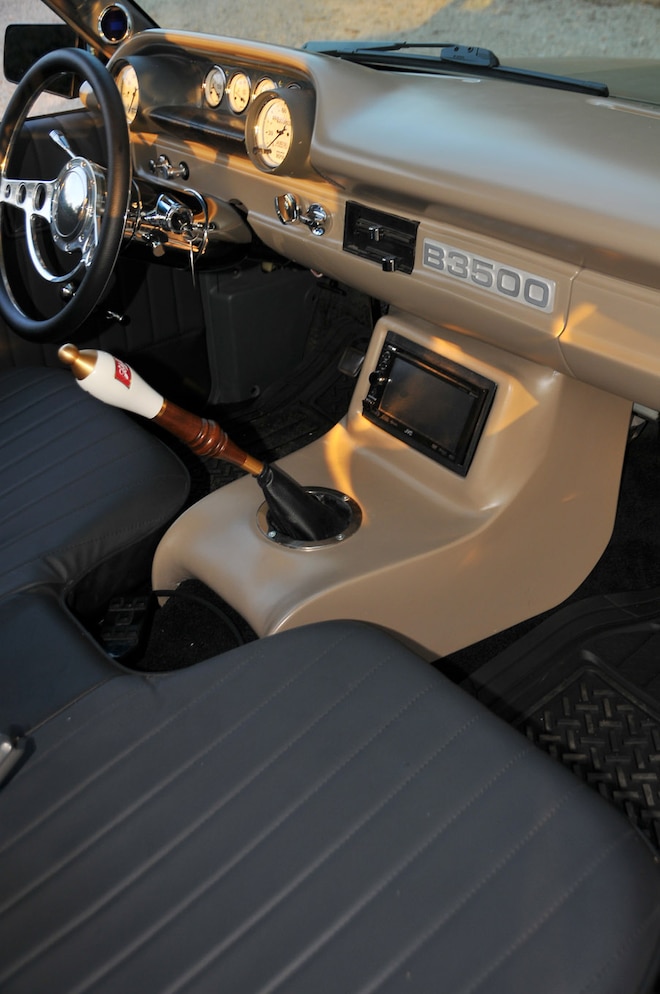 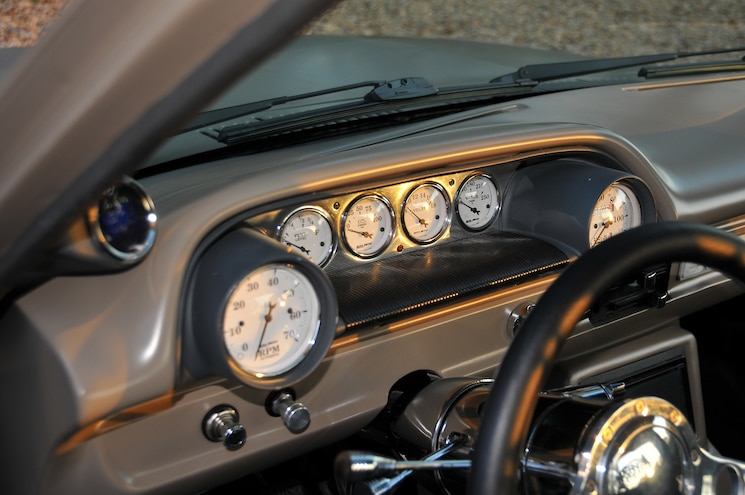 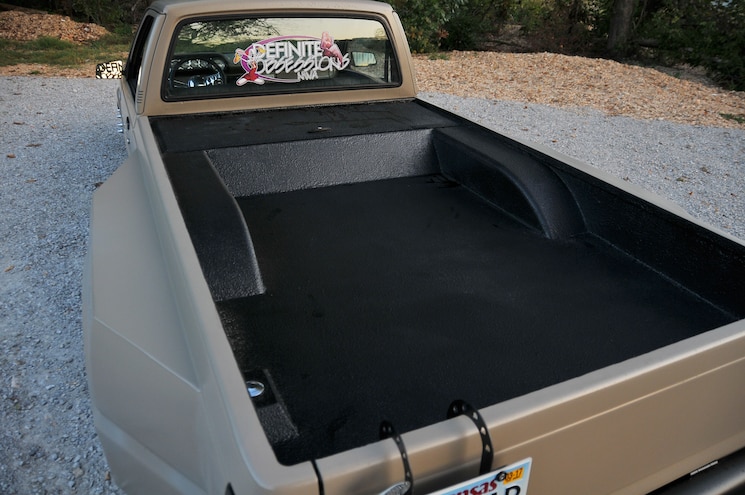