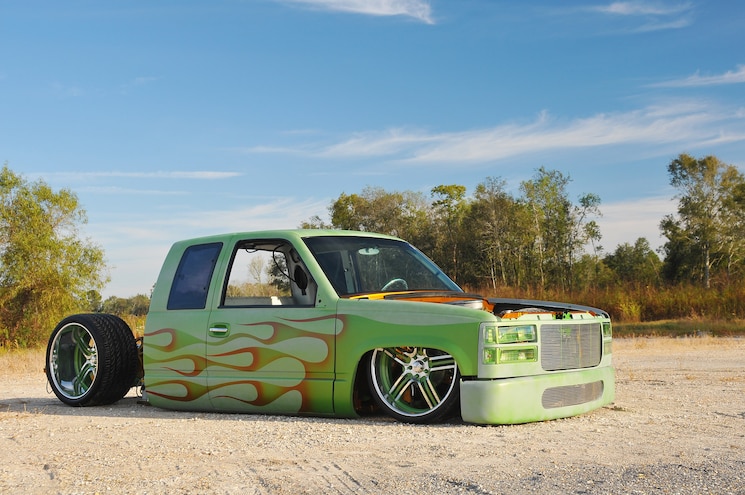 For years, the bayou has been synonymous with good seafood and jazz music. However, in Schriever, Louisiana, less than 50 miles from New Orleans you can find another treasure. Andrew Adams’ ’95 Chevy Silverado has the potential to be a true gem. Andrew first got involved in the truck scene as a teen when his father and uncle started taking him to shows. “At first I didn’t really get the culture, “Andrew says. “But it hit me like an addiction very quickly.” 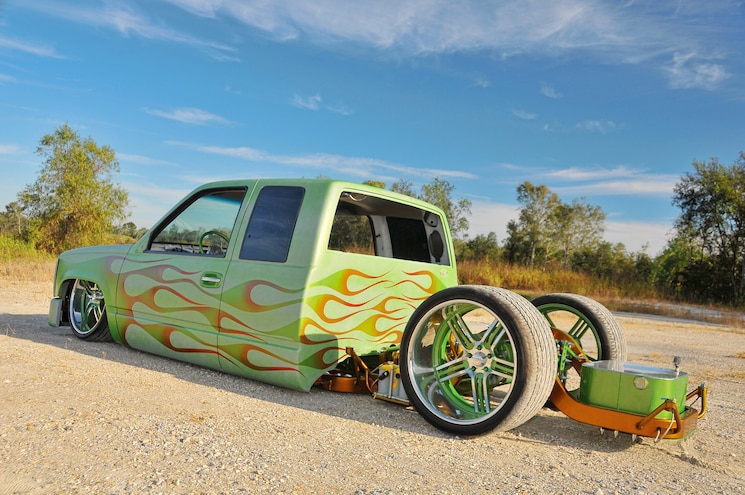 View Photo Gallery | 6 Photos
Photo 2/6   |   1995 Chevrolet Silverado 1500 Bodied Bayou Rear
His first truck wasn’t a pretty sight, but it was a Chevy dually he was using as a daily driver that he worked on with his close friends. He joined the Negative Camber club, and members would help him make his truck increasingly better. His friend Bryce loved the dually and offered him a trade for his Silverado. Andrew saw more potential for the Silverado than the dually and pulled the trigger on the trade. 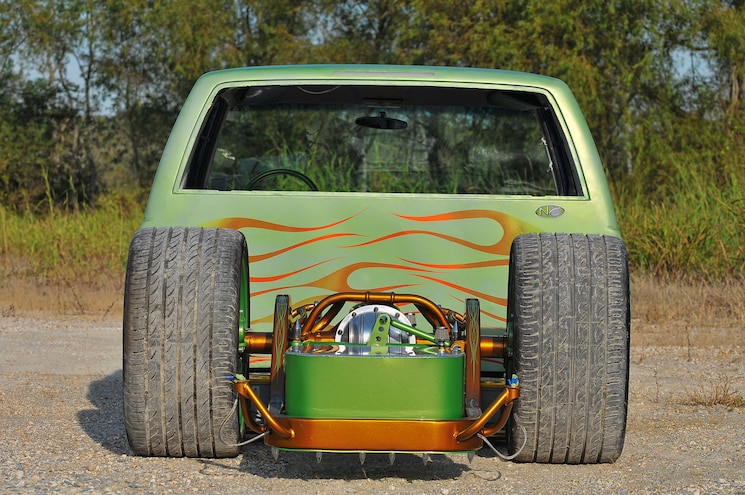 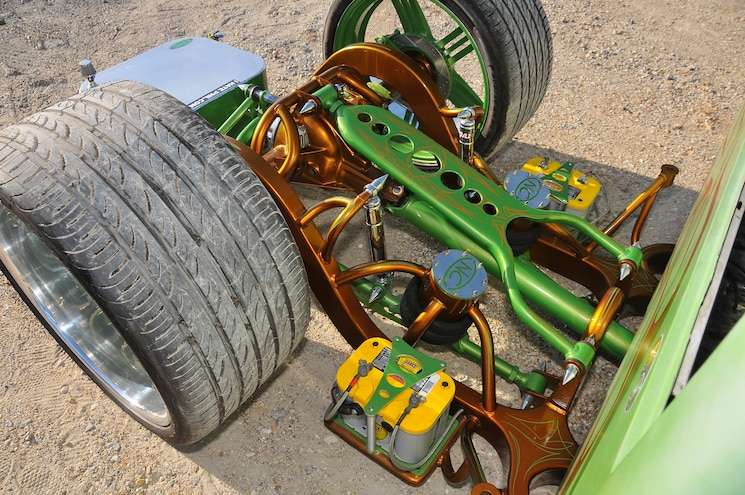 View Photo Gallery | 6 Photos
Photo 4/6   |   1995 Chevrolet Silverado 1500 Bodied Bayou Rear Frame
His close friends Barry Guidry and Jason Robicheaux lent a hand as the body was removed, and they built a new frame for the Chevy. Kevin Benoit came in and assisted, adding a full air ride suspension as Andrew brought the Silverado to the ground by way of a bodydrop. Club member Derek Thibodaux built the new motor as Gary Dupre coated the motor and exterior in a mixture of gold and green. 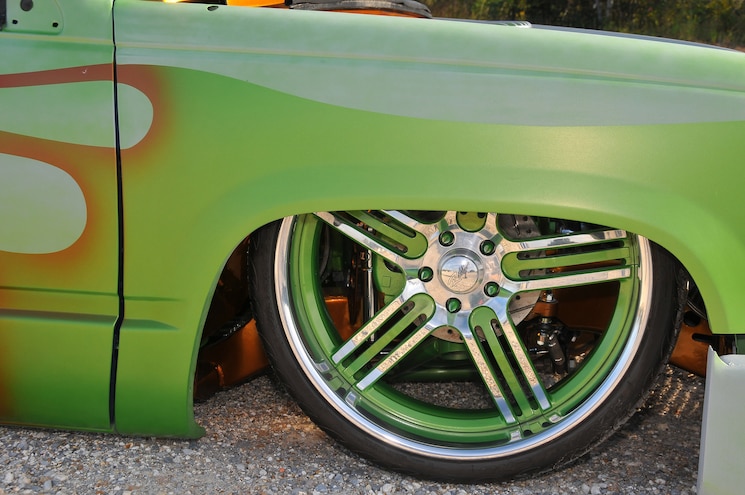 View Photo Gallery | 6 Photos
Photo 5/6   |   1995 Chevrolet Silverado 1500 Bodied Bayou Wheel
Louisiana may be known as the crawfish capital of the world, but Andrew is making sure it’s known for flawless truck builds. He wishes to thank his daughter Hevin Adams for giving him a reason to build this Chevy. He also wants to thank Kevin Benoit, Barry Guidry, Gary Dupre, Tim Dupre, and Jason Robicheaux for all their motivation and hard work. Bodied on the Bayou is sure to make its mark in the South. 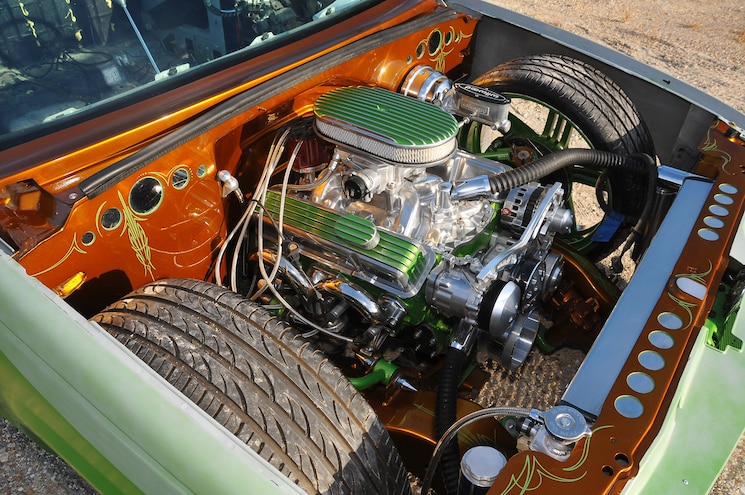