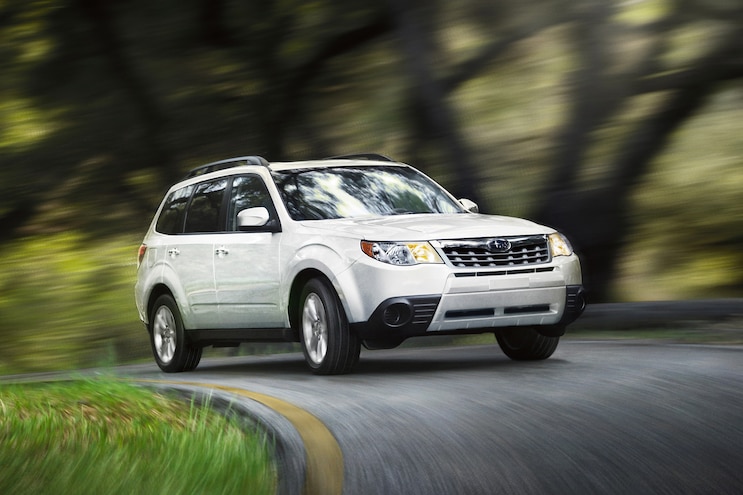 The Subaru Forester is really one of the first car-based crossovers, a class of vehicle that has gone on to seemingly dominate the world. It started out in a kind of middle ground between an SUV and a wagon, with a low hip point but a high roofline. This generation, the third, morphed away from any vestige of wagon styling and went more toward the conventional crossover.
It’s based on the Impreza compact car (which was updated for ’08), has all-wheel drive as standard, and uses a flat-four engine—a Subaru hallmark and a generally tough engine. It also has a beneficial effect on the center of gravity. 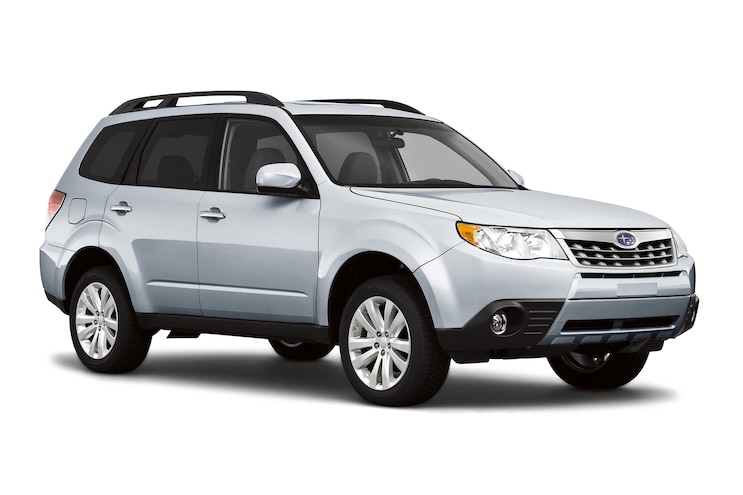 View Photo Gallery | 4 Photos
Photo 2/4   |   Pre Owned 2009 2013 Subaru Forester
This unit displaces 2.5 liters, making 170 hp and 170 lb-ft of torque in naturally aspirated form while returning an average of 22 mpg (23 mpg from ’11). The turbo version in the Forester XT develops 224 hp and 226 lb-ft of torque and achieves 21 mpg combined. A five-speed manual transmission is standard, with a four-speed automatic (which seemed a bit behind the times even in ’09, when this generation was launched) available as an option in the non-turbo versions but standard in the turbo models.
Trim levels are simple: 2.5X, 2.5X Limited, 2.5 XT and 2.5 XT Limited. The basic car comes with 16-inch steel wheels, but at least it has power windows, locks, and mirrors. Most people would probably go for the Premium package, which brings 17-inch alloy wheels, roof rails and a sunroof. The XT has all those things as standard, plus a slightly better stereo system. Naturally, the XT Limited has the most creature comforts, such as leather upholstery, power-adjustable driver seat, heated front seats, and a leather-wrapped steering wheel. A navigation system was optional in both versions of the Limited. View Photo Gallery | 4 Photos
Photo 3/4   |   Pre Owned 2009 2013 Subaru Forester Interior
In ’10, that Premium package became a separate trim level and the navigation system gained Bluetooth, which spread to all the trim levels except the most basic in ’11. The year also saw the Touring trim level come in to top the range, while saying goodbye to the XT Limited variant and saying hello to four more pound-feet in the naturally aspirated engine. Nothing much happened in ’12 (Forester-wise), but ’13 brought Bluetooth to every model, a USB port, and a new optional upgraded audio system.
Ride quality is definitely on the comfortable side rather than taut, with plenty of suspension travel. Anyone intending to go down a lot of dirt roads should take notice. As a package, the Forester is pleasant, useful, and virtually devoid of issues—even if the cabin’s plastics are a little cheap.
This is a marque that tends to have diehard fans, especially in regions with harsher climates. Consequently, Subaru is a frequent winner of “Best Resale Value” awards. And while the last person to call a Subaru “good-looking” was probably the mother of someone working in the company’s design department, a lot of buyers like them precisely because they’re not flashy. 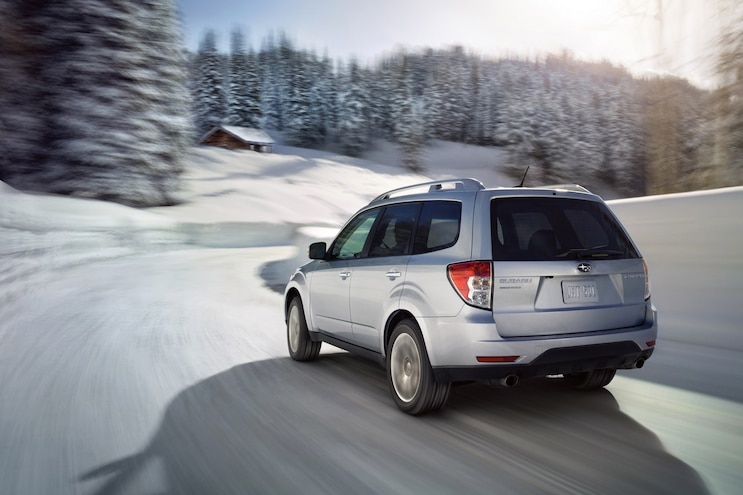 View Photo Gallery | 4 Photos
Photo 4/4   |   Pre Owned 2009 2013 Subaru Forester Snow
Beyond the smart practices of an expert inspection and detailed maintenance records, there aren’t any specific red flags. Problems with head gaskets seem to afflict older Subaru vehicles, so there’s no harm in checking. And timing belts need replacing every 100,000 miles or so. It seems the ’11 model year had the most complaints, and this was to do with excessive oil consumption. If anything, this seems to be the most common gripe.
A ’11 XT Premium in good condition and bought from a private party is blue-booked at $11,558. A comparable Honda CR-V, really the benchmark of this class, in EX Sport trim and with all-wheel drive should cost around $11,186 (see what we mean about strong resale values?). A similar Toyota RAV4 is valued at $11,425.