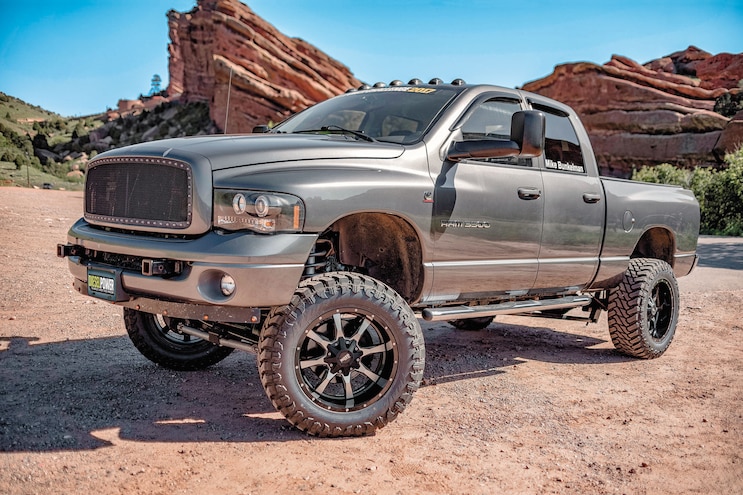 Mike Bunkelman admits he was very surprised when he got the call letting him know he would be competing in Diesel Power Challenge 2017 Presented by XDP. He feels he is a bit of an underdog compared to some of the 31 other Dodge Ram and Ram trucks on the ballot, but he is very excited to be selected.
Mike’s ’04 Dodge Ram 3500 is a daily driven truck and toy. He feels the rig’s reliable and proven setup gives him an edge over his competition. To keep his truck consistent (and the stock bottom end together), nitrous isn’t part of the program: it’s “all throttle no bottle,” according to Mike. “I’m pretty confident I will do well in the competition. I’m just out to prove how good and reliable the street truck is that I drive every day.” 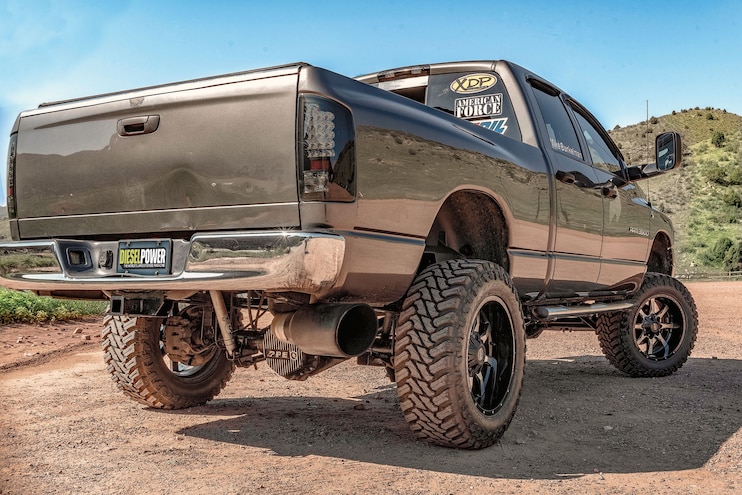 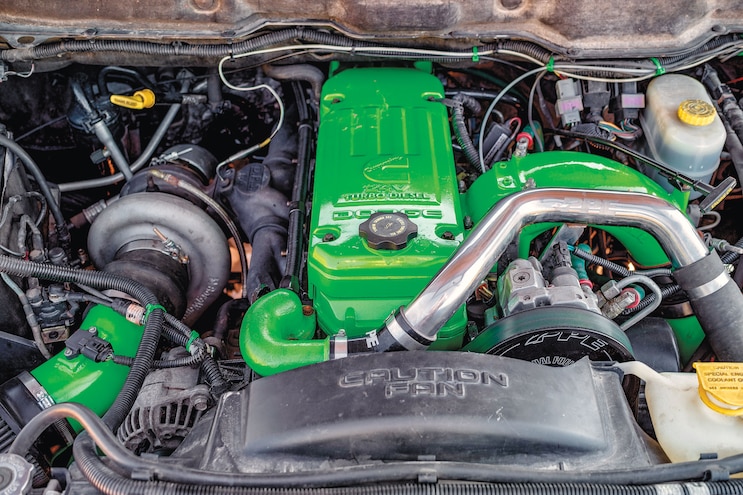 View Photo Gallery | 13 Photos
Photo 3/13   |   2004 Dodge Ram 3500 Diesel Power Challenge Competitor Bunkelman Engine
Before leaving for Denver, Mike (a diesel mechanic by trade) did some “secret squirrel” modifications to the engine to try and get a little more power. He swapped out the turbo for a second-generation BorgWarner S369SXE and added bigger 125hp Industrial Injection Diesel Performance squirters. He also installed a D&J Precision Machine Stage 2 head and a Hamilton Cams camshaft.
“With confidence in myself and knowing I’m not afraid to push the truck, in addition to my experience hauling trailers and competing in sled pulls, I think I have an edge over the other guys,” Mike says. He also feels the trailer obstacle course could be “his event,” thanks to his towing background and his commercial truck-driving skills.
“I’ll just be excited to be in Denver with my friends and my beautiful fiancée, Hope Hansen,” Mike says. “She comes to all my events as my crew chief and is not afraid to get dirty when needed.” Mike and Hope are getting married on June 2, 2018. So, if he wins DPC 2017, they won’t be hanging out for their wedding reception, they’ll be headed west to have their honeymoon at Diesel Power Challenge 2018. And Mike says they are good with that. 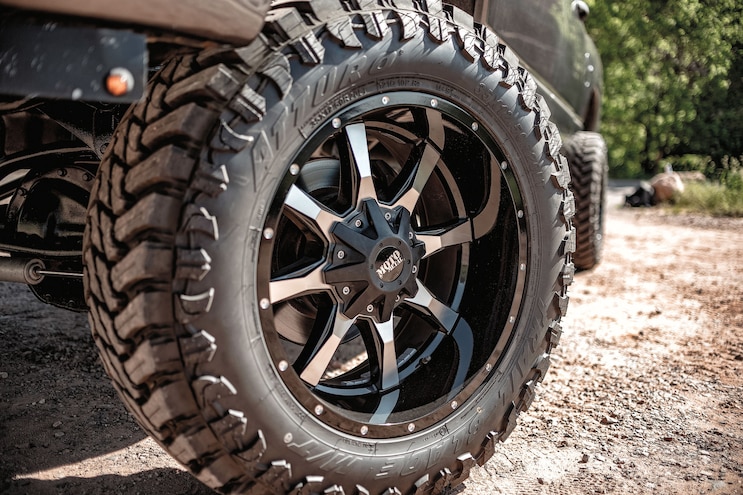