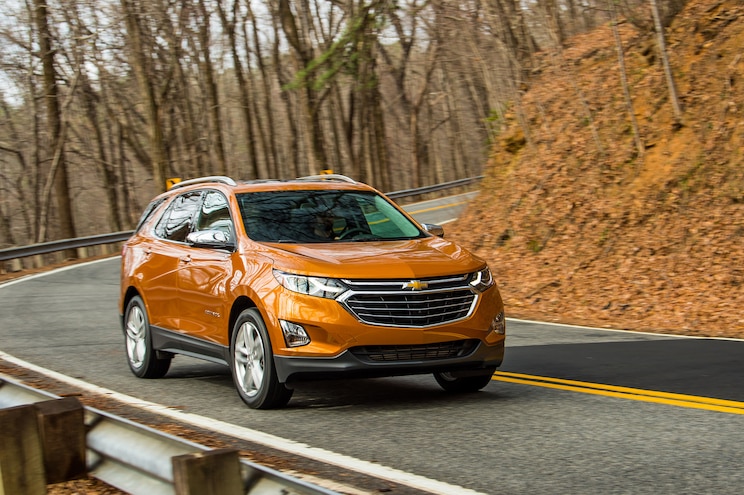 Here is the second variant of Chevy’s newest crossover, following the Equinox 1.5L that debuted earlier in 2017. It seems that even when forced induction is part of the deal, the “no replacement for displacement” approach still works. An extra half a liter makes a difference for the Equinox, now available with a 2.0L turbocharged I-4. Think of it another way—that’s an increase of more than 30 percent.
This Equinox comes in LT and Premier trim levels, whereas the 1.5L also comes in the lower S and LS trims. It has plenty of standard equipment and safety features, and we commend Chevy for including Apple Car and Android Auto smartphone integration with its fresh, new offering.
Both versions enjoy a spacious interior for people and their paraphernalia. Rear legroom is a generous 39.7 inches. Behind the rear seats is 29.9 cubic feet of cargo space. Fold them down (with handy release levers in the cargo area) and they form a flat load floor while expanding cargo capacity to 63.5 cubic feet. There’s also handy underfloor stowage. 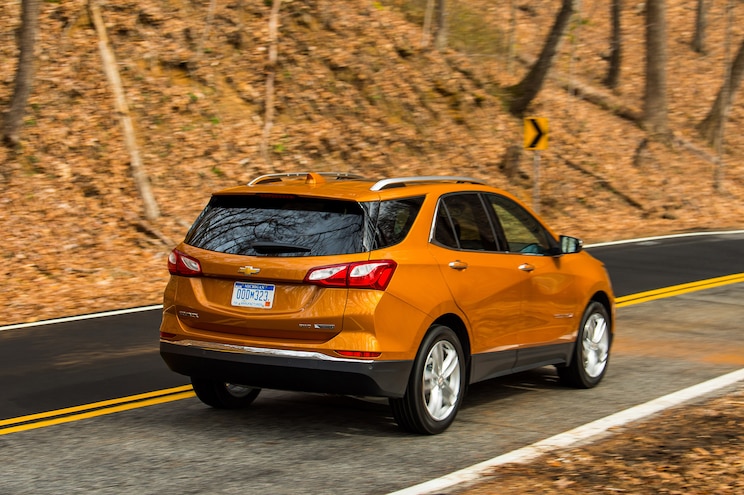 In the Engine Room

A 2.0L four-cylinder unit is turbocharged to make 252 hp and 260 lb-ft of torque. The Equinox 1.5L makes do with 170 hp and 203 lb-ft, along with a six-speed transmission. The 2.0L links to a nine-speed automatic transmission, which operates with a subtlety more often found in luxury cars than mainstream crossovers. And surely everyone rejoices in the fact that it’s not a boring CVT. It also helps with the pretty good fuel consumption. The front-drive version averages 25 mpg and the all-wheel-drive setup returns 24 mpg.
It’s this virtue of firepower without a big fuel penalty that makes the Equinox 2.0L Turbo such an intriguing proposition. The 1.5L version might be just fine and dandy for the school run, grocery errands, and soccer practice, but the extra muscle in the 2.0L suddenly makes road trips more enticing. Especially since it can tow 3,500 pounds, compared with the 1.5L’s 1,500-pound pulling capability.

This second generation of Equinox is lighter than its predecessor by around 400 pounds, thanks to clever use and positioning of high-strength steel.
We found some hard plastics on the dash, on the tops of the doors, and in the center console—particularly by the driver’s right knee.
The front seats seem a little narrow for the average American occupant. Apparently, the bolsters give a little, so the driver seat ends up being a little roomier than the front passenger seat. Time will have to tell on that count. We also found the bottom cushions to be somewhat on the short side. A little more under-thigh support would not go amiss and surely isn’t too expensive. 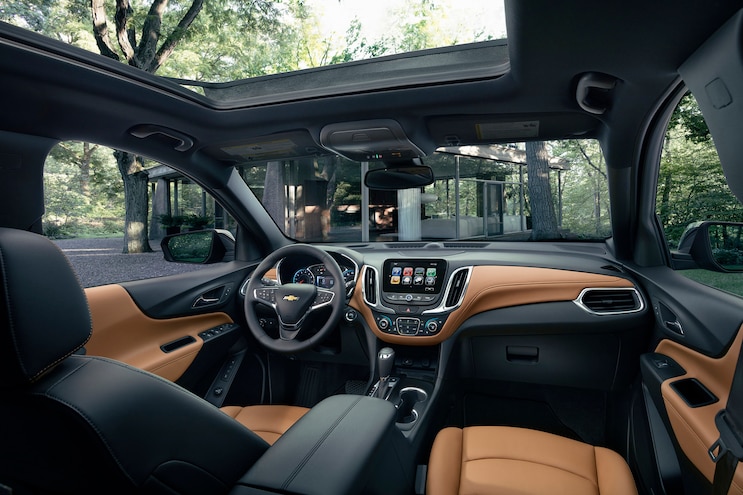 View Photo Gallery | 8 Photos
Photo 3/8   |   2018 Chevrolet Equinox Dash
We also found the 18-inch wheel/tire combination to have a rougher ride quality than the 19-inch counterpart. Usually bigger wheels mean lower-profile tire sidewalls with less flexibility. This unusual phenomenon is likely due to different tire choices.
Chevrolet is using Michelin Premier LTX tires for the former setup and Hankook Ventus S1 rubber for the latter. Usually, there’s nothing wrong and everything right with Michelin products. But the sidewalls in this application don’t have the right kind of flex to complement the suspension, making the road surface feel rougher than it should. There’s a kind of “nibbling” effect, especially at low and medium speeds. The 19-inch tires from Hankook, however, have the right kind of flex and even out most surface imperfections. It makes us wonder why Chevrolet decided on that Michelin tire in the first place, especially when Ventus S1 tires are available in 18-inch form.
The Equinox has a drag coefficient of 0.336, which Chevrolet claims to be class-leading. There’s certainly no issue with wind whoosh. Construction of the interior floor mats is designed to absorb sound rather than just block it, and the stereo system features active noise cancelation. Overall, the interior is a tranquil place to be, consistent with many other Chevrolet poructs. 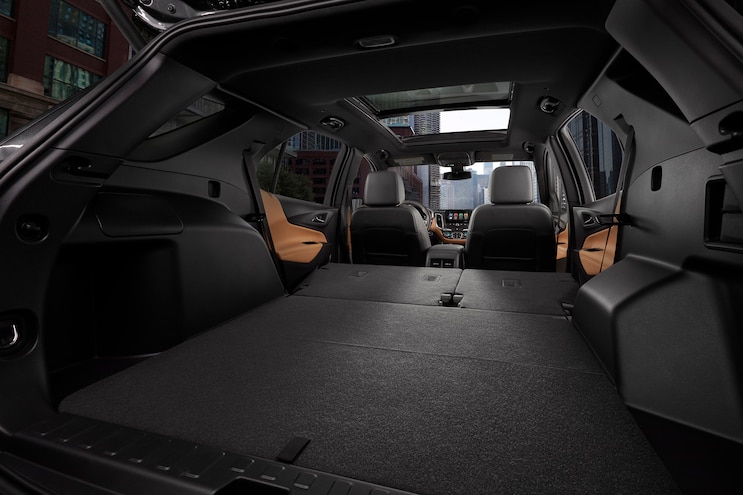 The ’18 Chevrolet Equinox 2.0L Turbo is arguably at its absolute best when it’s in Premier trim. That’s when the larger wheel size and different brand of tire come in to improve the ride quality. With this smoother way of getting around, along with authoritative power, the Premier trim’s more upscale appointments then become the icing on a tempting cake and will make a buyer feel better about spending extra. If budget and/or taste dictate a trim level with the 18-inch wheels, look into getting different tires.
While the 1.5L might struggle in comparison with something like the Honda CR-V or Ford Escape, this more powerful version is a fine choice for someone who wants a compact crossover with guts.