Battle of the Heavyweights 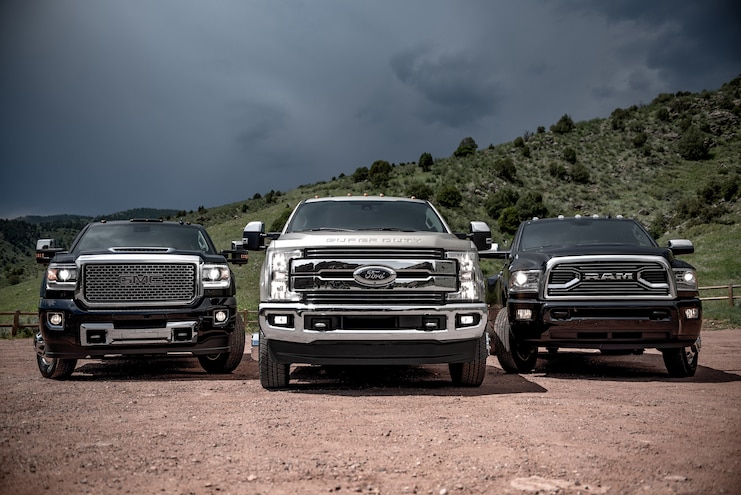 We’ve all seen the tests before. Some media outlet gets ahold of a set of heavy-duty pickups, hitches up a trailer, and runs up either the Davis Dam or Eisenhower grade. We’ve been guilty of it in the past as well. There’s nothing wrong with these sorts of tests, but let’s face it, they are a snoozefest. Trucks from all of the manufacturers have become so incredibly capable over the past decade that the outcome of these types of tests is rarely surprising and nothing short of impressive. So when we set out to test the heaviest of heavy-duty pickups to come from the Big Three, we wanted to do something that was a bit outside the norm and far more entertaining.
For the past 11 years, our sister brand, Diesel Power, has held a yearly event aptly named Diesel Power Challenge. They gather 10 of the most powerful diesel street trucks in the nation for a weeklong battle royale in the thin air of Denver. This year, we crashed their party. 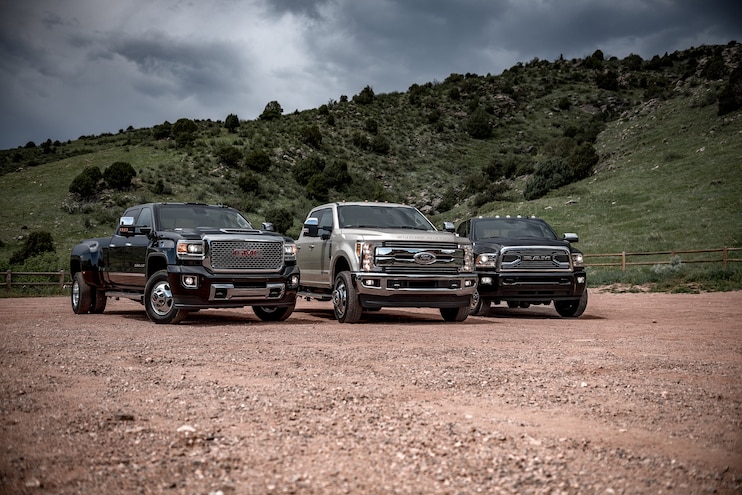