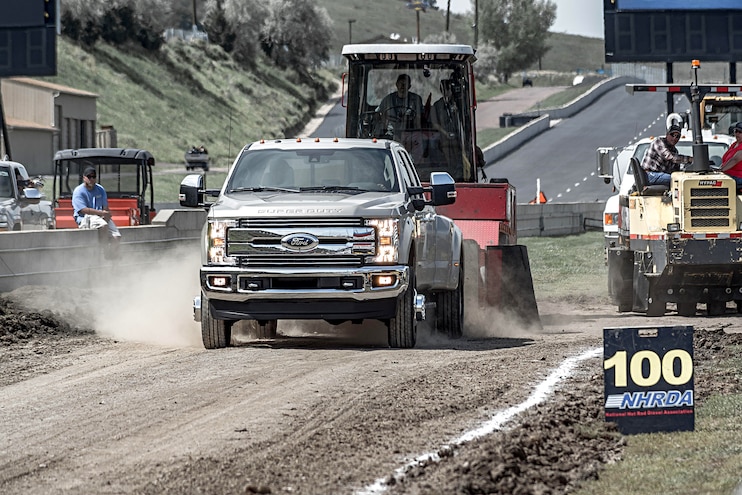 The grand finale of our weeklong battle of the heavyweights involved 300 feet of dirt and a 30,000-pound, weight-transfer sled. That’s right, we took the trucks sled pulling. More common in the Midwest, the sport of sled pulling is the ultimate test of power and strength. As the sled moves down the dirt track, a weight box is moved from the rear to the front of the sled, slowly increasing the amount of load placed on the vehicle that is attempting to pull it until both are brought to a stop. There are several different types of sleds, but the general method of operation is the same across the board. Weight can be adjusted in the box for the class of vehicle that’s pulling it. We ran the sled set up for a 2.6-class sled pull, meaning trucks that weigh around 8,000 pounds and make about 1,000 hp at the wheels. 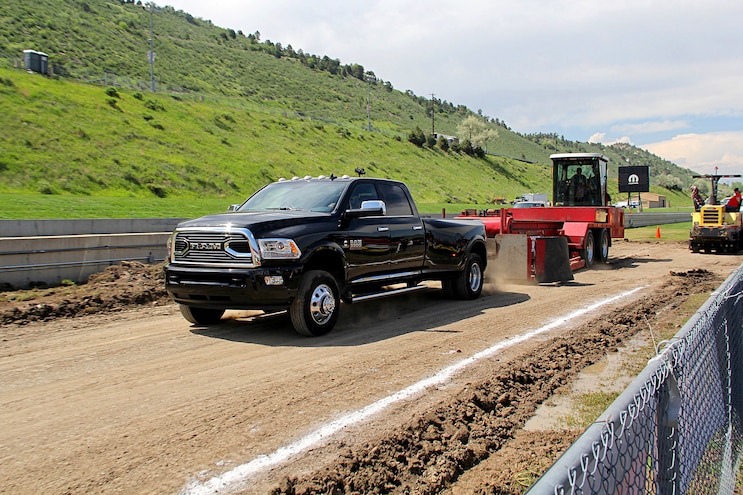 View Photo Gallery | 27 Photos
Photo 2/27   |   1 Ton Challenge Sled Pull Ram
Since the sport of sled pulling isn’t really popular out west where we’re based, we turned to the skill and expertise of veteran sled puller and Diesel Power Challenge competitor Shaun Doran. Shaun’s Ford F-250 cranked out 876 hp and 1,322 lb-ft of torque on the DPC dyno, but a leaking engine cover on his 6.7L Power Stroke sidelined the truck midway through the competition. Shaun drove each of the three trucks using the same setup, with the transfer case in four-high, traction control disabled, and transmission manually locked in Second gear. In Shaun’s words, “Four-low is for pulling stumps, not sleds.” 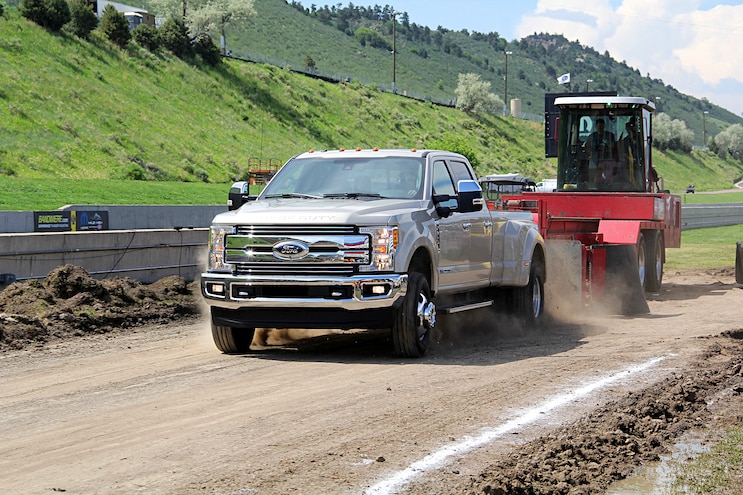 View Photo Gallery | 27 Photos
Photo 3/27   |   1 Ton Challenge Sled Pull Ford
The trucks all finished within a few feet of each other and got the sled down the track with very little drama. Shaun noted the Super Duty experienced a bit of front axle hop off the line, but that’s very typical for Ford trucks. He also said the steering was very tight on the Ram, with it experiencing very little torque steer from the front axles, and the independent front suspension of the GMC proved to be an advantage when the pulling track was uneven, but solid axles have the advantage on flat tracks.
When the dust settled, all three trucks drove off into the sunset no worse for the wear, and Shaun had a grin from ear to ear that was sure to last a while. If you own an HD pickup and live near a place where they sled pull, we can’t recommend it enough. 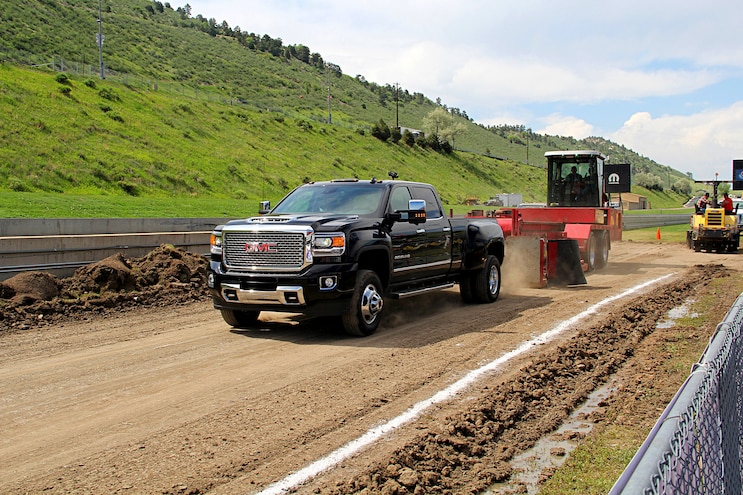