When it’s in your blood, it comes naturally 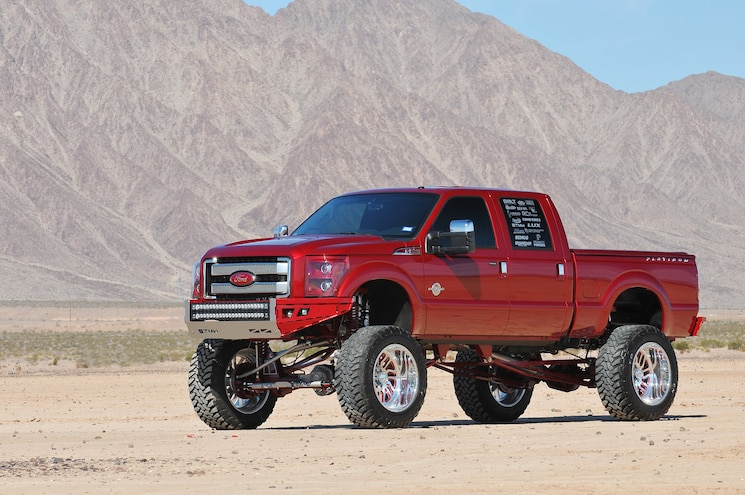 When customizing is in your blood, the craving to alter a stock vehicle just keeps growing until you give in. While Buddy Prow of Canton, Texas, was growing up, his father would show him pictures and tell stories about a lifted red truck he had. The stories were filled with good times and excitement. When he was 8 years old, Buddy accompanied his father to a Monster Jam event, which caused a wide-eyed Buddy to get even more enamored with trucks. 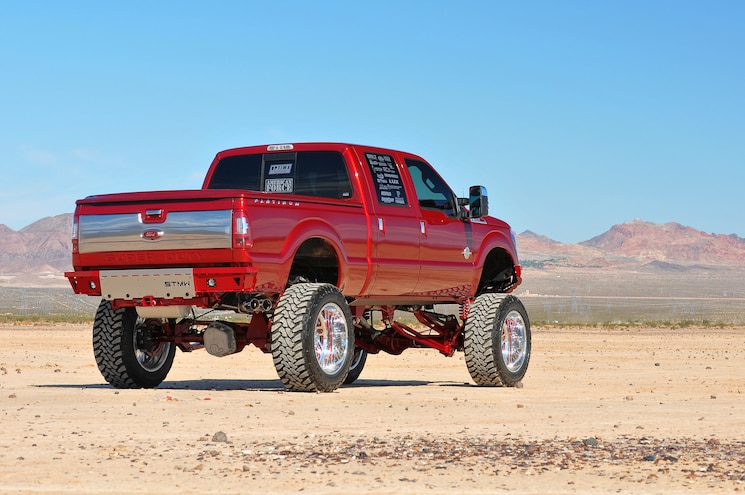 View Photo Gallery | 16 Photos
Photo 2/16   |   2015 Ford F250 Platinum Bloodline Rear
Of course, Buddy wanted a truck for his first vehicle, but money wasn’t exactly plentiful while he was growing up. He worked all through high school and college to save up money to buy his dream truck. During 2013, Ford released a Ruby Red Platinum in their fleet, and Buddy knew that he wanted to make his own memories in this truck. However, again, he hadn’t saved up quite enough money. In 2015, his younger brother started working at a Ford dealership. For a year, his brother kept urging him to come in and get his truck. After earning enough money, he brought in a trade, and finally, walked out with his ’15 Ford F-250 Platinum in Ruby Red. 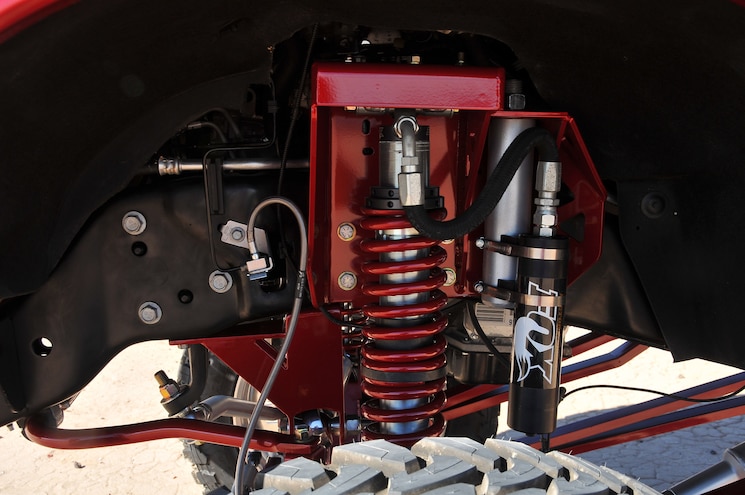 View Photo Gallery | 16 Photos
Photo 3/16   |   2015 Ford F250 Platinum Bloodline Suspension
To follow in his father’s footsteps, Buddy’s his first mission was to bring the Ford above the clouds. He and his father worked in the garage to lift the truck by way of a coilover lift. His friend Gary even helped drill the holes for the four-link arm brackets, but the majority of work was done by the father-and-son team. When it came time to pick the right wheels for Bloodline, it wasn’t much of a choice. Buddy has always been a fan of American Force Wheels based on their durability and visual appeal. He contacted Nick Chin and his crew, and they sent him a set of custom-ordered Special Forces in a polished finish and color matched to the Ruby Red.
Buddy attended his very first SEMA show a year later, and Bloodline was received with very high praise. “This was my first SEMA build,” Buddy says. “It’s like a dream come true, bringing my dream truck to a show of this caliber.” Buddy wants to thank God for giving him this opportunity, and his father for teaching him everything he knows and allowing the use of his shop for the build. Buddy will be able to capture enough of his own memories now to share one day with his children and carry that bloodline down to another generation.