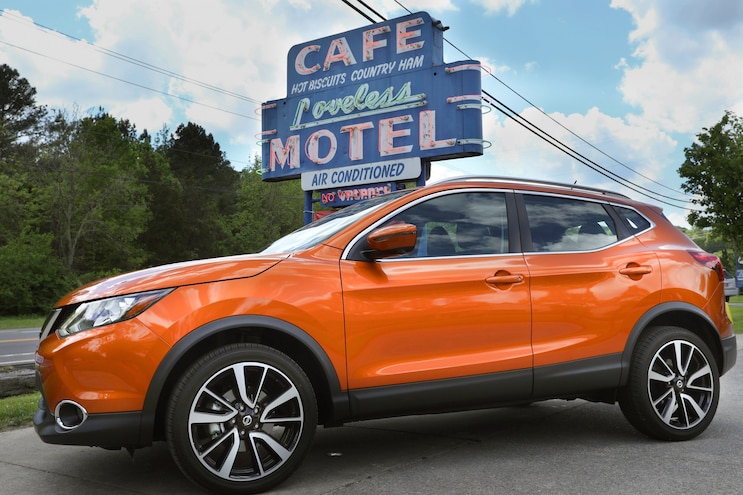 There’s no denying the compact SUV market is on fire. Sales are growing month-over-month at a pace that is seemingly unexplainable and unsustainable. While everyone is rushing to cash in on the madness, no one has done a better job of it than Nissan. Recently, Nissan’s redesigned Rogue took over the top spot as the company’s best-selling vehicle and even spent a couple months on top of the overall SUV sales charts, bumping off the likes of Honda’s CR-V and Toyota’s RAV4. Now, based on the success of Rogue, Nissan has introduced the Rogue Sport to the company’s North American lineup.
Known as the Qashqai (cash-kai) overseas (and in Canada, interestingly) the Rogue Sport shares much in common with its bigger brother. Chassis are similar, with the Sport losing only 2.3 inches of wheelbase to the Rogue. The bodies share a comparable exterior design language and many hard parts as well. Sport is about 200 pounds lighter than Rogue, and the body is more than a foot shorter. Slipping behind the wheel will feel familiar, too, since Rogue and Sport use the same driver controls and comfort components. Starting at a meager $22,380, Nissan is hoping to lure Americans aged 20 to 30-something who live in urban areas and don’t need a large SUV. 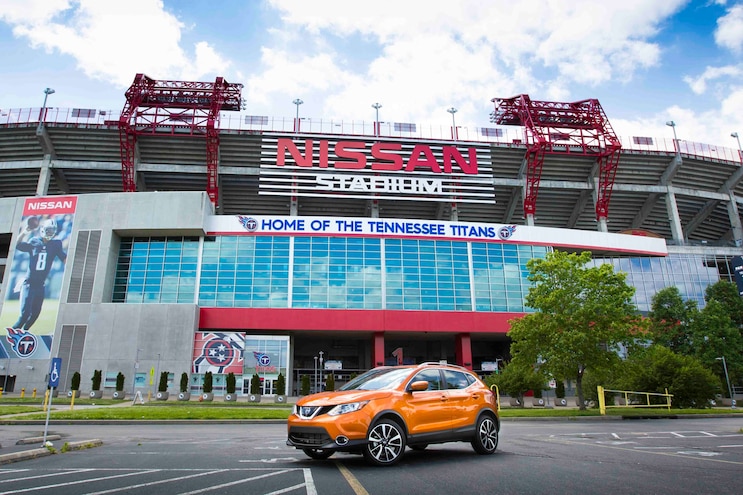 View Photo Gallery | 10 Photos
Photo 2/10   |   2017 Rogue Sport Nissanstadium
After spending a few hours behind the wheel circumnavigating the greater Nashville area, we came to a stark conclusion: The Sport part of its name is awfully misleading. Sure, it’s smaller than Rogue, but when it comes right down to it, this compact ute drives an awful lot like its big brother, which is rather un-sporty. The only engine option is a 2.0L four-cylinder that churns out a pedestrian 141 hp. While this is plenty for around town, highway merging and passing put the mill’s shortcomings on full display. Also intriguing is the Sport’s fuel-economy rating, which comes in at 1 to 2 mpg worse than Rogue, despite its smaller stature and downsized engine.
Marketing to millennials isn’t anything new or unique to Nissan. But with this approach taken, it left us a bit bewildered at the lack of infotainment technology. Sport is missing things that this age range has come to expect, such as Apple CarPlay and Android Auto. Need to charge more than one USB device? Get ready for the impending fight for the one—yes, one—port. If Nissan were serious about drawing in the youngsters, there would be one at each seat.
Fortunately, this is where our gripes end. Much like the Rogue, the Rogue Sport handles exceptionally well both around town and on the highway and is immensely comfortable. The quality of materials used on the interior is impressive and the switchgear feels like that from a proclaimed luxury brand. If you’re looking for safety features, the Sport has those available as well. Forward collision warning, automatic emergency braking, lane departure warning, and adaptive cruise control are all available as part of Nissan’s Safety Shield technology. And while the engine’s output might leave a bit to be desired, the Rogue Sport comes with Active Trace Control, Active Engine Braking, and Active Ride Control, all systems designed to enhance performance and ride comfort. 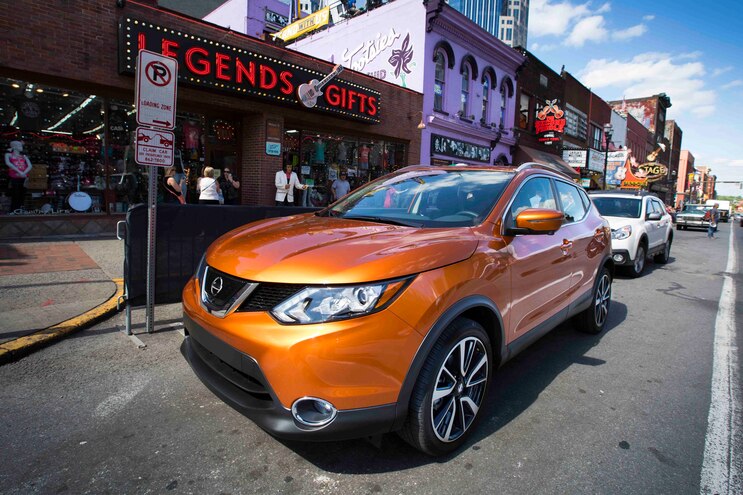 View Photo Gallery | 10 Photos
Photo 3/10   |   2017 Rogue Sport Legends
Though our time was brief—and not quite enough to fully fall in love—when we handed the keys back, there was certainly the musk of lust in the air. The Rogue Sport is all of the things we love about the Rogue, in a more compact package. It’s quiet, comfortable, easily navigable, and still roomy enough for all the people and things that matter to an adult in the prime of their lives. We have no doubts that the little Rogue is going to be a big hit.