The Driver’s Seat: Out In The Woods 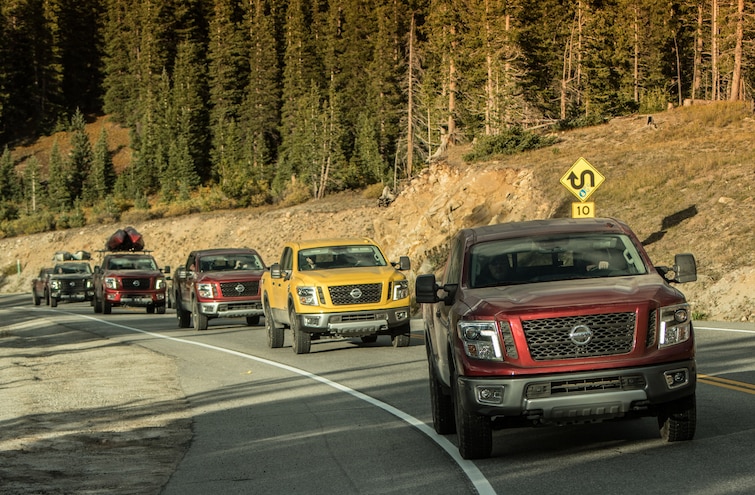 It really should come as no surprise to anyone who’s read these pages that I enjoy the great outdoors. I’m not a hunter or fisherman, not because of any moral opposition but more because I live in the concrete jungle of Los Angeles and have grown up with the convenience (read: laziness) of living 800 feet from a grocery store. So when a friend at Nissan asked if I’d like to join a group of outdoor journalists for a weekend in the wilderness of Colorado, the answer of “absolutely” couldn’t be uttered quickly enough. After I asked my wife’s permission, of course.
The adventure started off with me being partnered up with Mia Anstine, an avid big-game hunter, outdoors enthusiast, and freelance contributor to some of the largest adventure publications in the nation. We spent the next two days trading knowledge. I helped her understand the nuances of our Titan XD and she taught me about the native wildlife of the Colorado Rockies. Fun fact, I saw my first moose on this trip, thanks to Mia spotting them off in a field. I would have never even noticed. 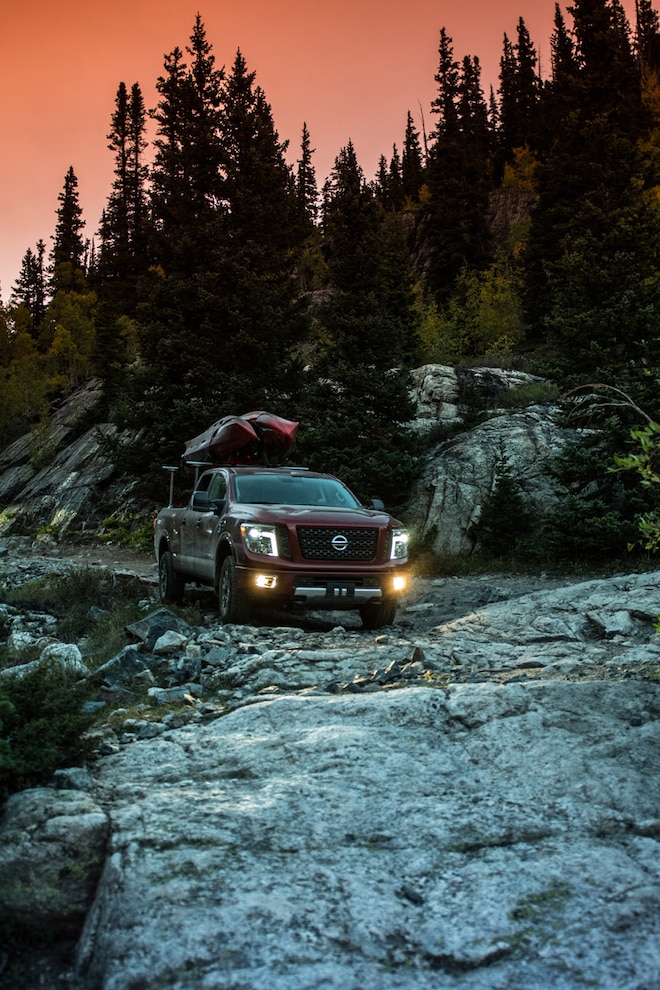 View Photo Gallery | 21 Photos
Photo 2/21   |   Nissan Titan Outdoor Adventure
During my time in Colorado, I did my best to ride in the passenger and rear seats of the Titan XD as often as possible. Doing this job, I’ve been exposed to the Titan since before its public debut and have logged more miles behind the wheel than most people. So it was a nice change of pace to try out the truck from different angles while someone else was at the helm. Our roaming pack of seven pickups, made up of three Titans and four XDs, traversed the densely crowded freeways of greater Denver, a graded dirt mountain pass that crossed the Continental Divide at 11,482 feet, and technical rockcrawling trails that scratched and banged the skidplates with the trucks in low range and lockers engaged.
Since the weekend was geared around getting the outdoors crowd familiar with Titan, it also involved a morning of fly fishing. The truck we lucked into for the journey was outfitted with a rack from Thule and a pair of kayaks from Jackson Kayak, which attached to the Titan XD’s UtiliTrack bedrail system. They only rattled loose once, and I may or may not have hit a tree with them—the jury is still out on the latter. Nevertheless, when the early morning came, Mia took a kayak and headed for the lake while I went with the beginners to the river. Be it luck or skill, I managed to hook three fish in my first real attempt at fly fishing. And since there’s no real proof, you’ll just have to believe me when I say that they were massive even by trout standards. Or they were tiny; you can decide which version you would like to believe. 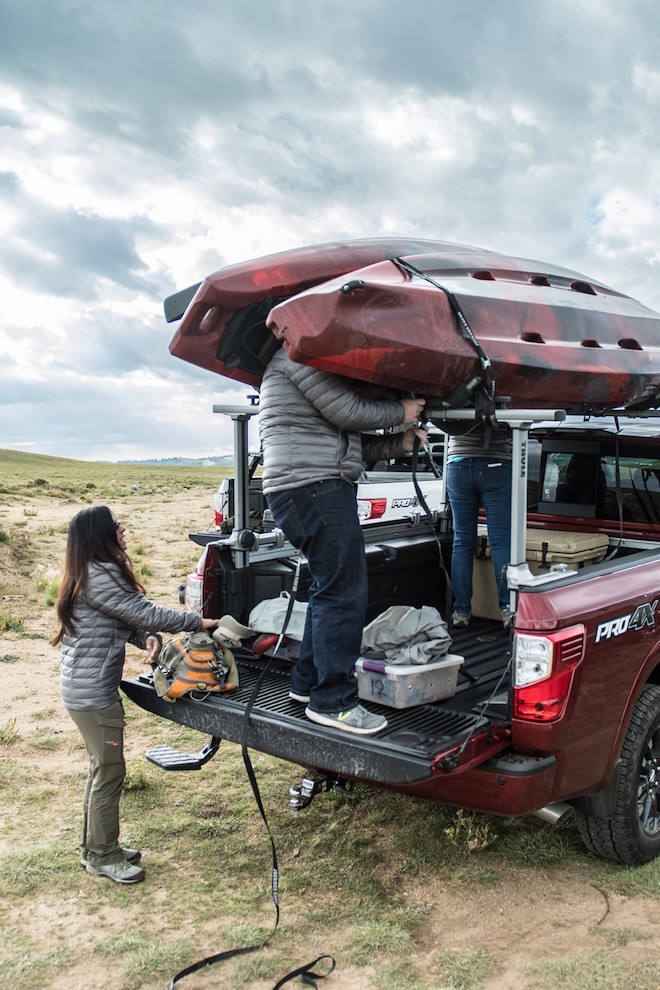 View Photo Gallery | 21 Photos
Photo 3/21   |   Nissan Titan Outdoor Adventure Loading
My opinion of the Titan is well documented. I still believe that the new Titan and Titan XD are fantastic pickups and deserve to be considered in the current top tier of the market. This trip did nothing but solidify that notion. The trucks are exceptionally quiet and extremely comfortable. On rough pavement and off pavement alike, the Bilstein shocks soaked up the bumps admirably and never left us feeling abused at the end of a long day. And I’d be remiss if I didn’t mention the kayaks and rack, aside from hitting stuff, we never noticed they were there. I expected wind noise at the very least, but even riding in the rear seat I didn’t notice our rooftop friends.
I still get questions everywhere I go about the Titan and sibling XD, and I do my best to answer all of them truthfully. And truth is I love the truck and have found very little to complain about. The haters still exist, but at this point I’ve just begun ignoring all of them, because until you’ve experienced the new Titan, anything you say to me is invalid. Sorry. I got to watch several people experience the truck for the first time on this trip, and it’s safe to say that they all left with an appreciation for the vehicle. To all the continual deniers out there, I challenge you to go test drive a Titan and report back your feelings.
As for me, I’ll continue my love of the outdoors. I don’t care if the vehicle is stock, mild, or wild, it’s just fun to get out and do something. Fishing, however, is still not for me. Not because it’s not enjoyable, no, mostly because I’m not a morning person. And that will never change. 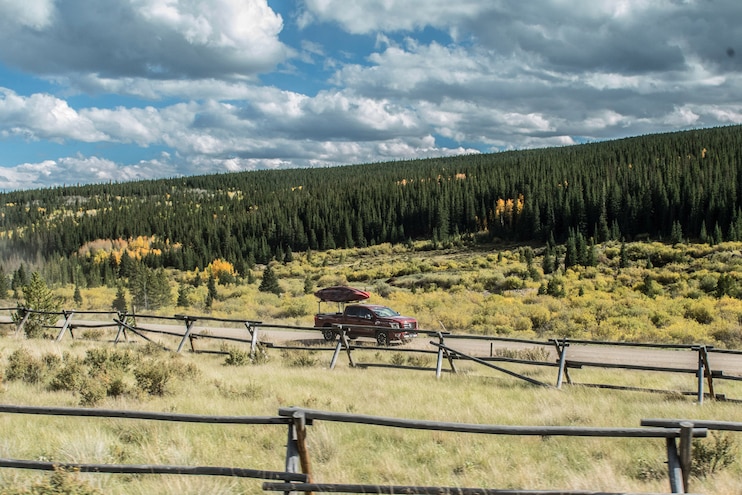