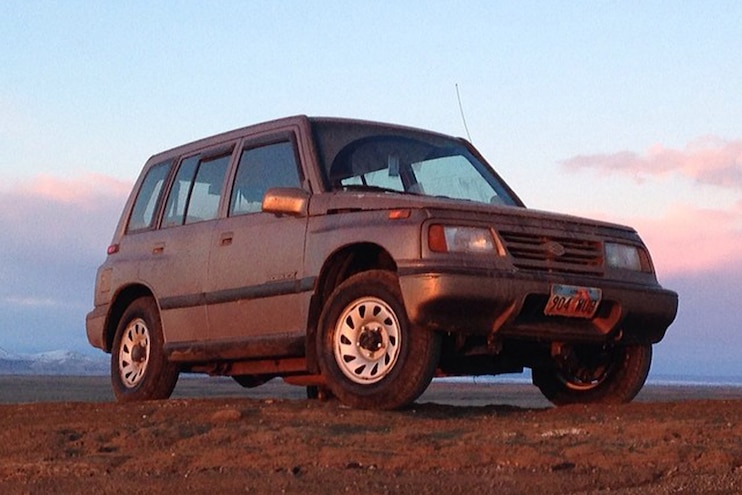 It’s the January/February 2018 issue, and that means it’s a new year for Truck Trend (even if you’re reading this in November or December 2017). I’ve been on staff with this magazine and its Truck Trend Network sister titles for three years now, and excited is the wrong word to describe the opportunity to write my first editorial.
How obvious is it that I’ve never done this before?
In any case, I’ve been proud to be a Truck Trender ever since I started my professional career after college, and I hope that writing this column each issue will give me a chance to get to know the industry (and you, the reader) a little bit better. To that end, allow me to introduce myself.
I’ve been an avid car and truck enthusiast since the day I could speak; heck, my first words were names and brands of the vehicles I saw in the parking lot. When I was little and didn’t want to buckle up, my mom would bribe me by telling me I’d be able to see out the window and look at cars more easily if I sat in my booster seat. Hours of my youth were spent writing letters to auto manufacturers and getting brochures in the mail. Suffice it to say, I’m a nut. 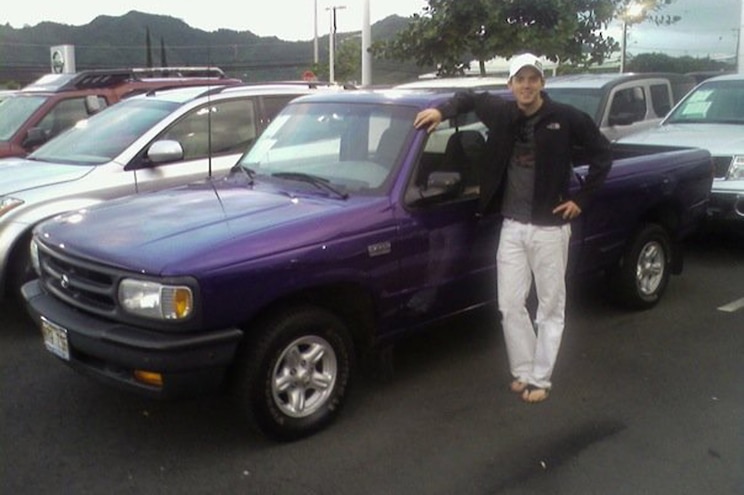 View Photo Gallery | 7 Photos
Photo 2/7   |   Ramble On Mazda
Helping me along that path were two older brothers who took every opportunity to participate in some kind of automotive shenanigans: it was those two who taught me that fast-food service trays could do a compelling impression of waterskis on empty roads and that a snowy high-school parking lot was more like a skating rink for trucks late at night.
Indeed, it was in the jump seat of my dad’s extended-cab Mazda that I first grew an appreciation for the kind of hooning that trucks could provide. While I’m older and far less reckless now, I still love taking any busted old beater down the trail and bounding around on the bumps. 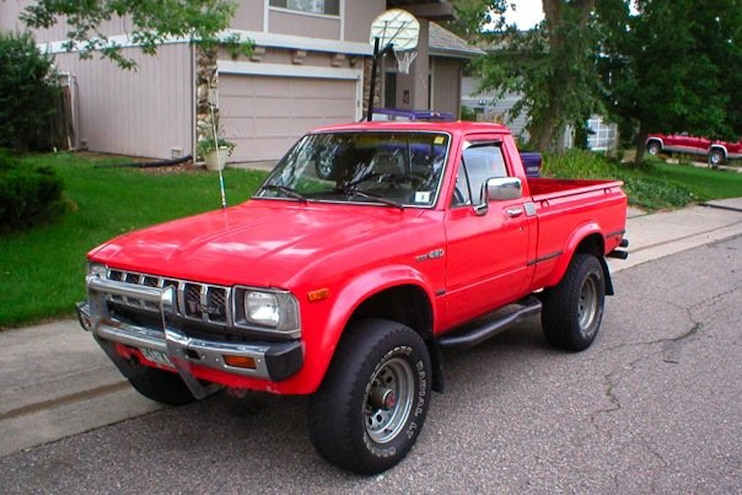 View Photo Gallery | 7 Photos
Photo 3/7   |   Ramble On Toyota
I’ve had a few different trucks and SUVs in my life, starting with that hand-me-down ’96 Mazda (it was a 4x2 and hell on wheels in the wintertime). After that, I babysat my older brother’s ’82 Toyota 4x4 while he was on a two-year mission trip… and wrecked it three months before he got home (I still feel guilty, bro). Quick to forgive, the same brother and I split the cost of a ’92 Wrangler in college, a machine with no power steering and 33-inch tires; driving that thing off-road was a better upper body workout than anything a gym could provide. Then came a ’97 Chevy Suburban, a ’94 Honda Passport 4x4, and my grandpa’s old four-wheel-drive Suzuki Sidekick wagon. Other members of the family have had Nissan Hardbodies, Toyota 4Runners, and luxed-up Ford F-150 Limiteds, each used to haul landscaping supplies, camping gear, and the family ski boat.

View Photo Gallery | 7 Photos
Photo 4/7   |   Ramble On Jeep
Sadly, I must admit that I’m currently truck-less, but I’m looking to remedy that with something along the lines of a Jeep Comanche or Marty McFly–grade Toyota 4x4. And until then, I’ve got the best job in the world that helps me get my fix of trucky goodness. I’m grateful for the opportunity I get each day to learn more about trucks; while I thought I was an expert when I was a kid, working with readers and industry folks over the past three years has shown me how little I actually know.