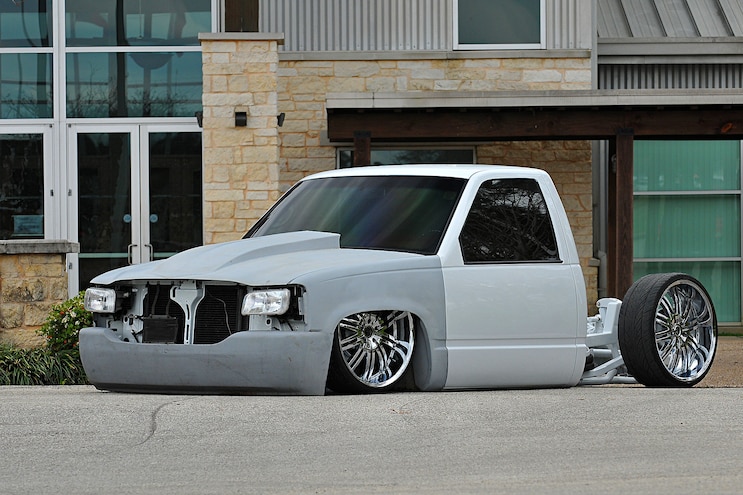 For 26-year-old Zack Looney of Lufkin, Texas, trucks became second nature to him. He grew up around general-repair shops and was a quick learner, always able to help out. His father Steven was constantly working on his truck with a young Zack by his side learning as he went. At 16, Zack met a guy in town around his own age who owned a ’bagged truck, which was his first time ever seeing a truck with suspension. The two became friends, and his interest switched to a new subculture. 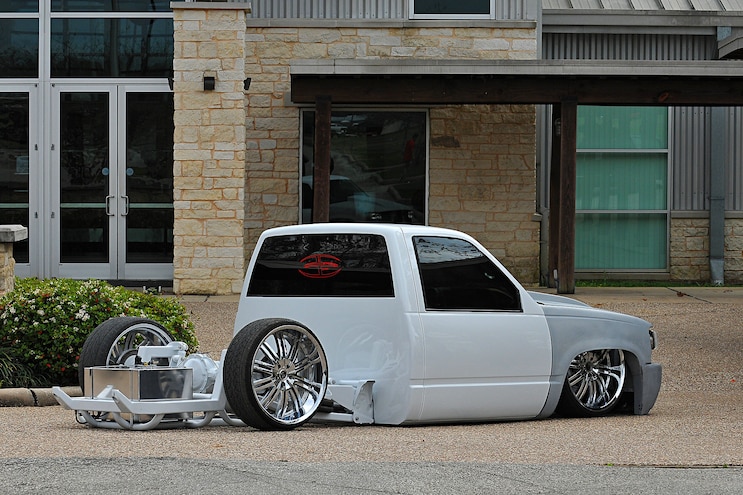 View Photo Gallery | 6 Photos
Photo 2/6   |   1997 Chevy Silverado Exzacked Rear
Later that year, he was able to purchase a truck to get to and from school and work. Naturally, he wanted to test out his new passion by customizing and make it unique. Unfortunately the motor blew and it was back to the drawing board. He found an older C10 and started a new build. One day, Zack was at a friend’s house and somebody there was checking out his C10. The owner had a stock ’97 Chevy Silverado. “I’ll trade you!” Zack joked. Without hesitation, the Silverado owner agreed. 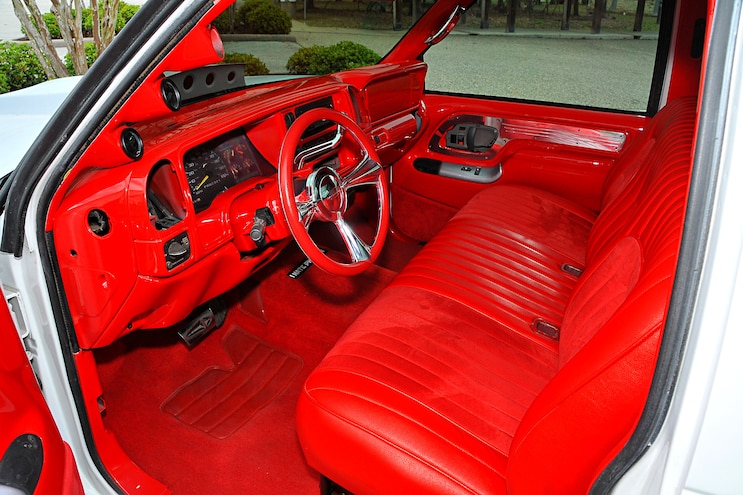 View Photo Gallery | 6 Photos
Photo 3/6   |   1997 Chevy Silverado Exzacked Interior
Once the trade was complete, Zack decided to do a full rebuild on the Chevy. He used his knowledge and experience to complete a body drop and change the entire back half. Everything visible was shaved smooth, including the back wall. After being in primer for a while, he and his cousin Landon coated the Silverado in Olympic White. Diboll Custom Upholstery helped put together the red interior. 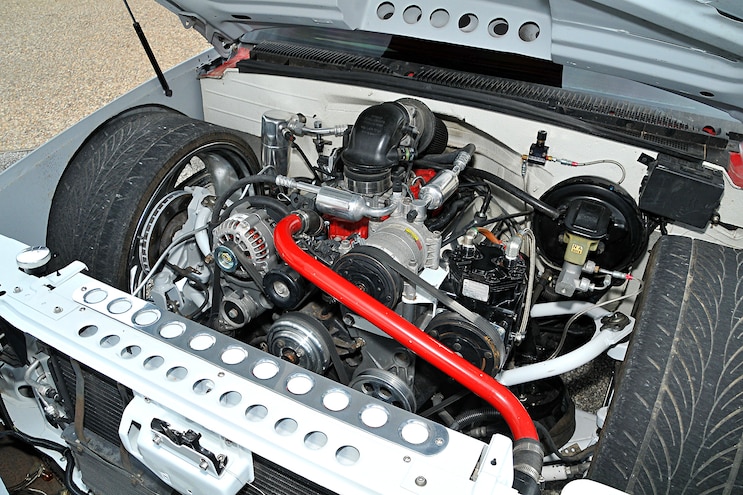 View Photo Gallery | 6 Photos
Photo 4/6   |   1997 Chevy Silverado Exzacked Engine
At 26, Zack has a decade of experience under his belt. He’s only half complete with the Silverado, but with the talents he has already and his propensity to learn new creative ideas, the sky is the limit. Zack wishes to thank everyone who motivated and inspired him to become who he is today, including his parents Terrie and Steven. Special thanks goes to Kirk Risinger, his cousin Landon Spurgeon, girlfriend Morgan Vann, and his Crooked Edge club members, as well as all his friends for their support. 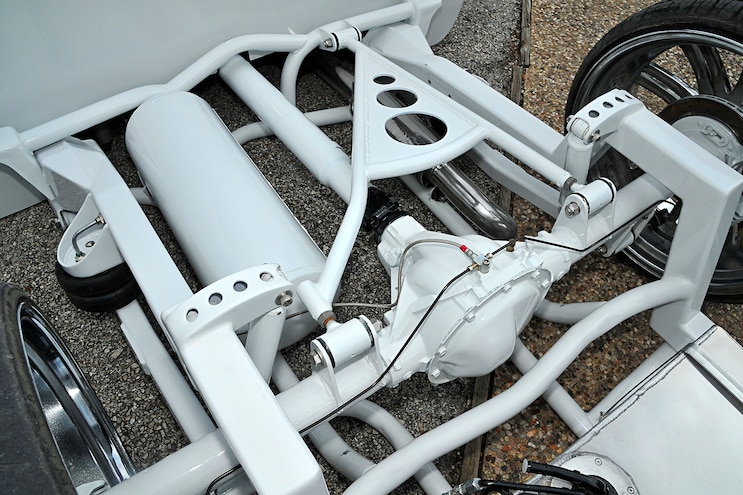 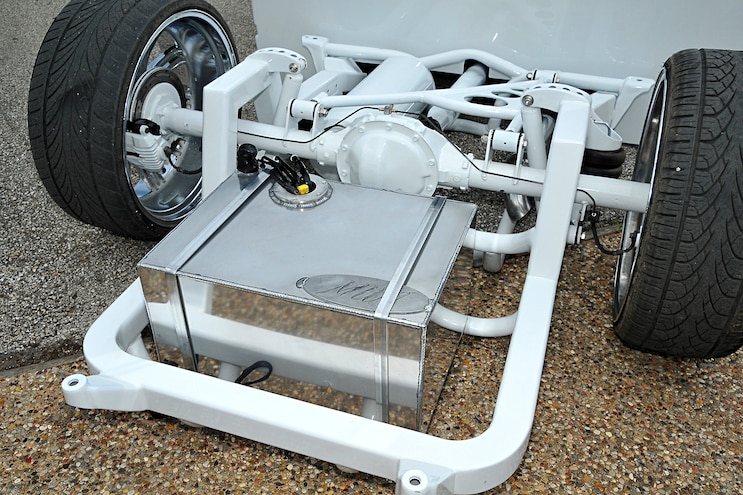