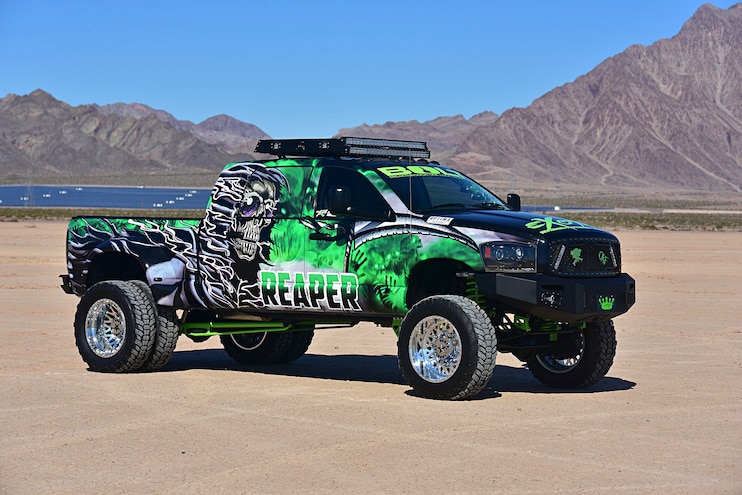 They say everything is bigger in Texas, right? Well check out Kenda Lees’ lifted Dodge Dually while you’re cruising around the areas near Midland-Odessa, Texas. Kenda, is the proud owner of the “Reaper”, a decked out 2006 Dodge 3500 dually. She resides in a small town named Midland, Texas with her husband Jay and their daughter Aubree. Having the need for a tow vehicle, Kenda purchased the truck from a friend’s father back in April of 2013. Although the Dodge is her daily driver, she also hauls trailers daily with it and hauled her supplies for her former mobile detailing business. On the weekends, you’ll find the Reaper doesn’t rest. It’s then put to work hauling a 40’ gooseneck wedge trailer loaded with Jay and Kenda’s drag trucks. 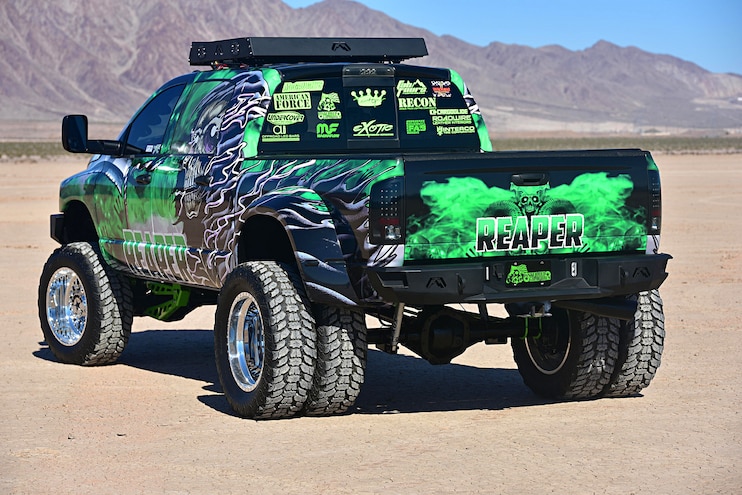 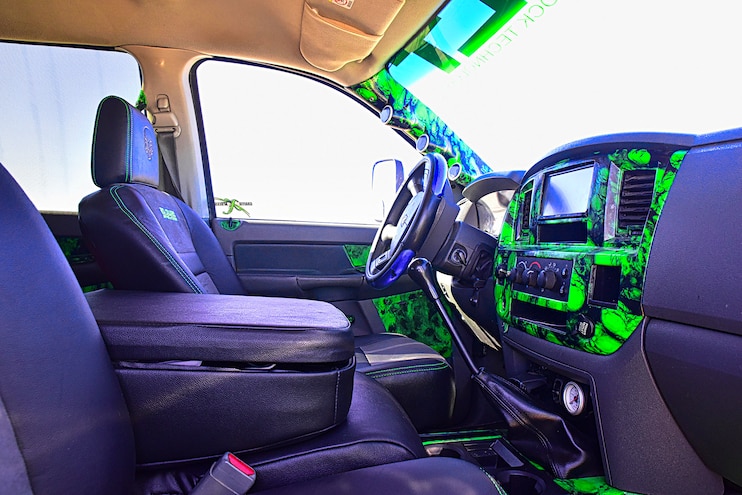 View Photo Gallery | 20 Photos
Photo 3/20   |   2006 Dodge Ram 3500 Dually Reaper Interior
Loving every moment of the truck, Kenda realized there was something missing; she wanted to take the Reaper to the next level. “I wanted to prove that women could build trucks and compete just as good as men could. Women are underestimated in the truck world, I wanted to build something to stand out and prove women can do it just as good, if not better.” Like any build process, Kenda went through many ups and downs. Her patience was tried and tried again being denied by potential sponsors. She realized she was competing against many others vying for these same company sponsorships but she didn’t give it. She didn’t let any of the negativity break her down and her patience and perseverance prevailed. 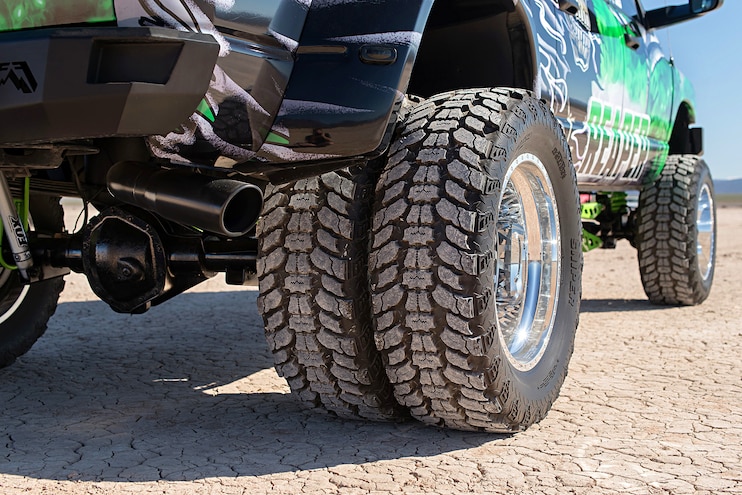 View Photo Gallery | 20 Photos
Photo 4/20   |   2006 Dodge Ram 3500 Dually Reaper
The final pieces of puzzle were the exterior designs of the Reaper. That’s where she hooked up with Cris Payne and Matthew McDonald at Truck Guru designs and renderings. Kenda states her absolute favorite part of the truck is the wrap designed by Truck Guru’s. Let’s face it, you can’t miss her coming! To this day Kenda is enjoying every moment of owning the dually. Not only do adults love it but kids love big fancy trucks. Seeing the joy of the kids’ faces make it all worth it. You’ll regularly find the Reaper participating in charity events such as, Toys for Tots, Honor the Troops, Breast Cancer Awareness, and many others, oh and we can’t forget a featured vehicle at the 2016 SEMA Show. Kenda gives thanks to all the sponsors who helped her complete her build and for her lifelong dream of being at the SEMA Show. She specifically thanks Cris Payne (Truck Guru’s) for the amazingly detailed design. Graffix Xpress for the flawless and seamless install of the wrap. Joel Alvarez and is team at Exotic Suspensions for the overall build of the chassis/suspension of the truck. “It’s a 2006 with 143,000 miles on it and it looks and rides like a brand-new vehicle.” Are there any future plans for the Reaper we ask? Kenda says she’s happy the way it is but it will never be done. She is contemplating a complete redesign for another shot at the SEMA Show in 2017. She also plans to build a 1991 Dodge “evil twin” and possibly feature that at SEMA as well! 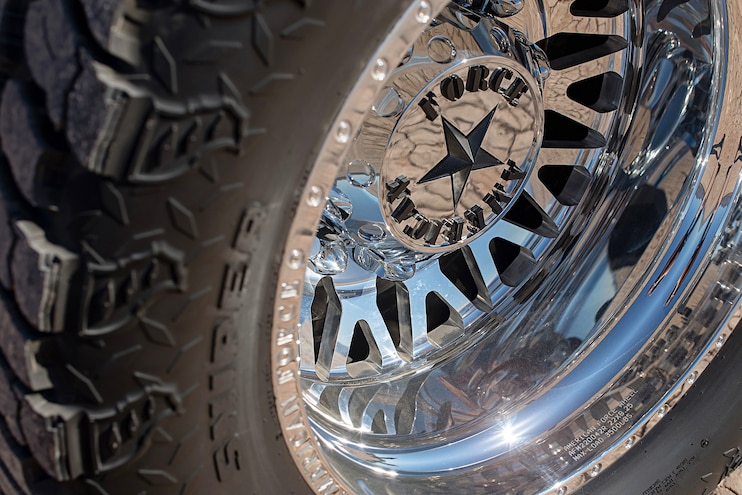