Travis Gorely's layers of Red Velvet are much more intricate 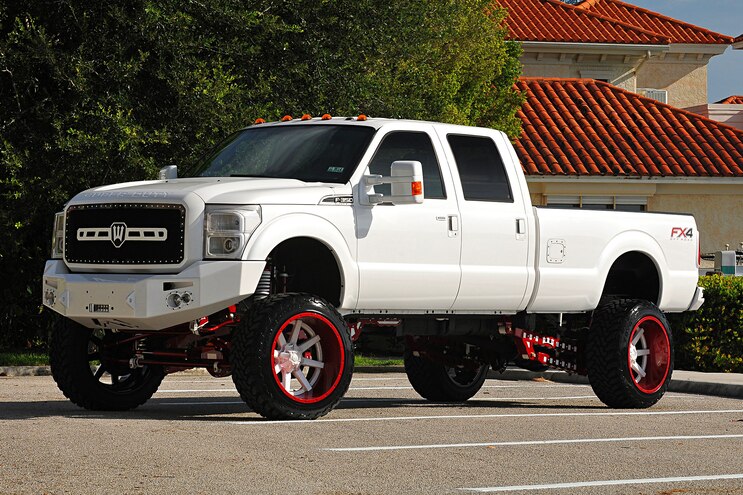 Traditionally when you think of Red Velvet, your mind brings you to layers of cake and cream cheese. For Travis Gorely of Canfield, Ohio, his layers of Red Velvet are much more intricate. As a child, Travis always veered to the opposite of what was expected. His father was always tinkering with cars but he always wanted to play with trucks. When his childhood friends were racing toy Lamborghinis and Ferrari’s, Travis was crushing them with lifted trucks. It wasn’t until the first time he happened upon a custom car show that he saw his first modified truck. “It was like something opened up for me, “Travis tells 8 Lug Magazine, “It became a passion from then on.” 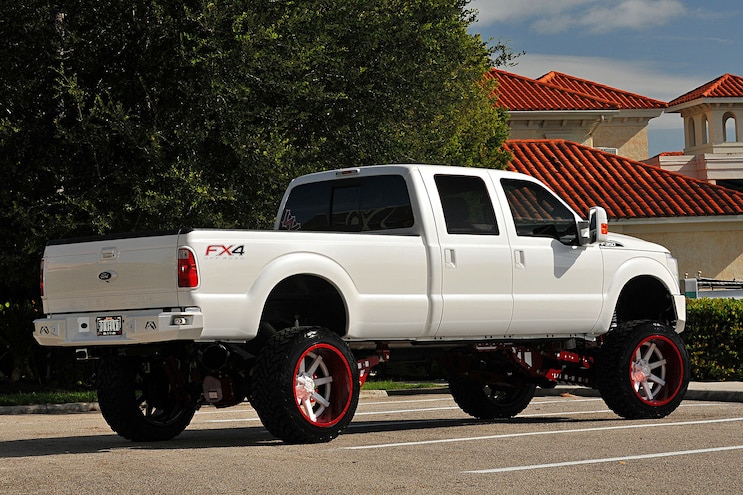 View Photo Gallery | 53 Photos
Photo 2/53   |   2014 Ford F 250 Lariat Red Vevet Rear
He started building his own trucks but recognized his knowledge and expertise wasn’t quite there, so he turned to friends and online resources. He stumbled upon a shop in Florida called Wicked Customs that was continually building quality trucks and contacted the owner Jordan Tadysak for assistance. Jordan and his crew walked him through each challenge and they became good friends. Travis decided it was time to purchase a new truck after a few years. He purchased a brand new Ford F-250 from a Ford dealership in Youngstown, Ohio, and instead of giving it a go on his own, he cut out the middle man and once again contacted Jordan at Wicked Customs. 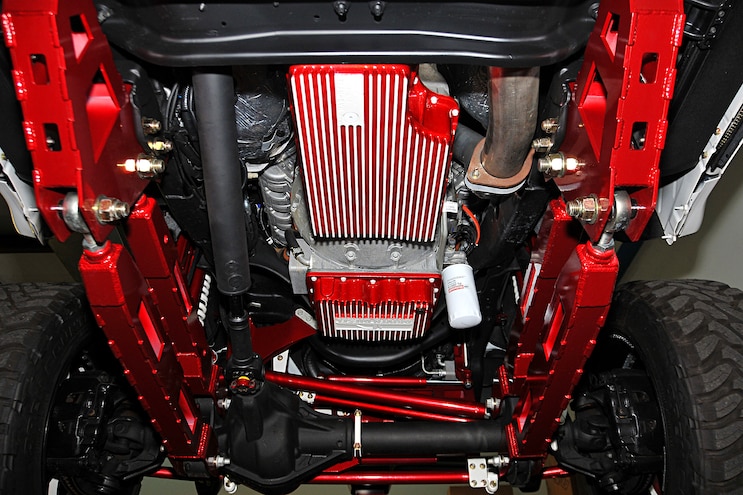 View Photo Gallery | 53 Photos
Photo 3/53   |   2014 Ford F 250 Lariat Red Vevet Under
One week after the purchase, Travis drove the new truck down to Naples, Florida to Wicked and handed Jordan the keys. “I told him he had free range,” Travis says with confidence, “I knew his work and knew I would have a neck breaking product.” For the next eight months, Jordan and his hard working crew showed off their skills like a surgeon cutting and molding the new Ford to perfection. When Jordan made the call to Travis to come look at it, he was so impressed he made Jordan an offer to be a manufacturing partner. 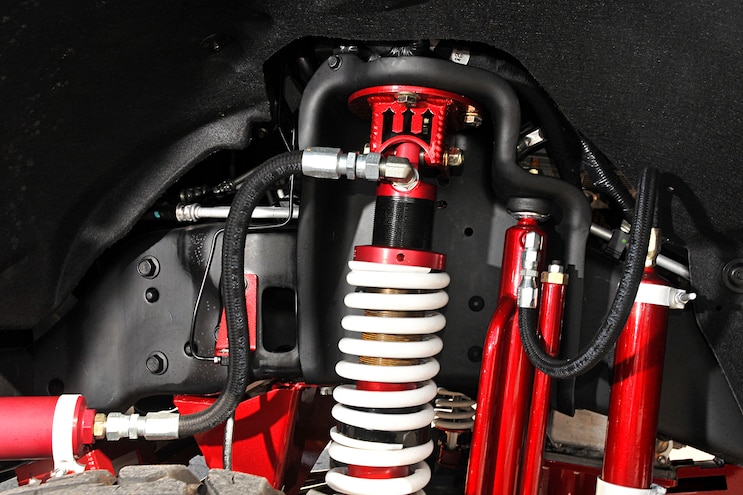 View Photo Gallery | 53 Photos
Photo 4/53   |   2014 Ford F 250 Lariat Red Vevet Susp
Travis left Ohio and bought a place near Naples and currently manufactures the exact truck lifts on his personal truck. He makes these truck lifts attainable for the everyday truck enthusiast for home installation. Travis wishes to thank everyone who helped and motivated him throughout the years including Scott and Tina Gorley, as well as Jordan and everyone at Wicked Customs for their hard and dedicated work on Red Velvet. 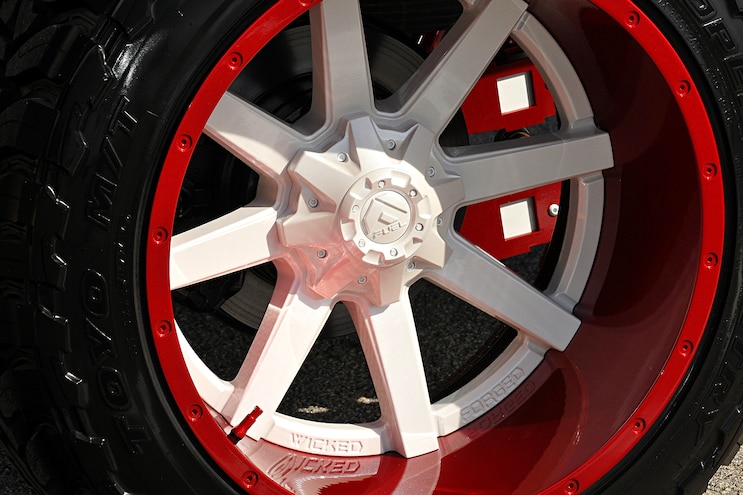