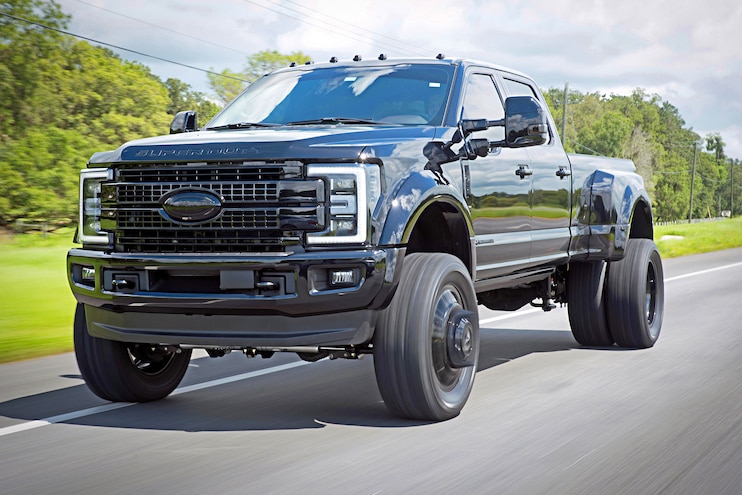 In the year since Scofield Performance opened its doors, we’ve seen quite a few beastly rides roll through the bay doors and out into the Florida sun. By now, you’re familiar with Jeff Scofield and his envy-inspiring Ford creations. Although his company is relatively new, Jeff is far from green in the automotive performance and modification scene. He has spent years making Fords (both cars and trucks) look and perform at the top of their game.
The latest in a string of jacked up and tricked out F-Series innovations was built for his father, Danny Scofield, to daily drive on the streets of Plant City, Florida, and occasionally operate as a race car tow rig.
The birthplace of this F-450, Scofield Performance, is the brainchild of Jeff and his 17 year-old son, Tyler.
“This is something he enjoys,” Jeff told us. “I wanted to build a foundation with him so that one day, he can take it and run with it.” 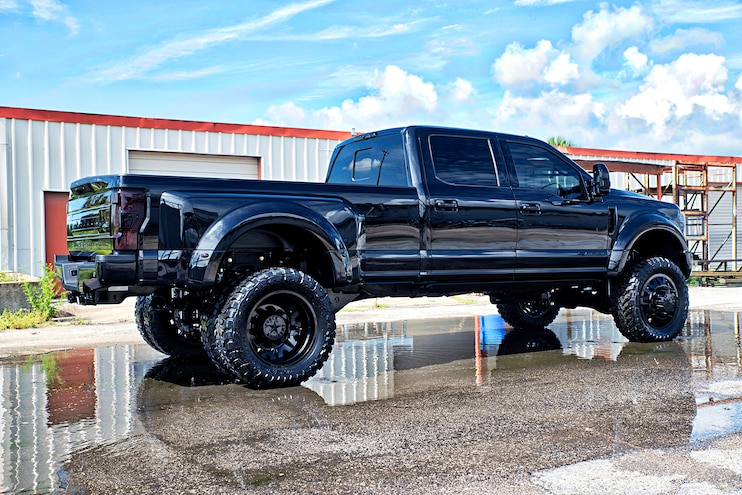 View Photo Gallery | 32 Photos
Photo 2/32   |   2017 Ford F 450 Riding On Air
When the 2017 Ford F-450 Super Duty was found on a Ford dealership lot, Danny knew it was the truck for him. He scooped it up, brought it to the shop, and the customization began.
The Shadow Black F-450 retains all of its original drivetrain components, including the exhaust, transmission, rear, and induction. The body has remained mostly stock as well, with the addition of Bullseye Reto lighting, and James Anderson has painted all of the truck’s plastic surfaces.
When it comes to the truck’s stance, it’s not so stock. Seeing as the truck was going to be handling towing duties, Jeff knew the truck had to be equipped with a suspension that could handle a gooseneck trailer. They decided on a Kelderman 5-6-inch Air Suspension Package, along with an AccuAir e-Level Air Management Package.
“I’m more of an air guy. All of our vehicles are on air – we love it. We went with the Kelderman system because of the 5-6-inch option. We wouldn’t be able to haul a gooseneck with an 8-10-inch. Kelderman has the most useable kit on the market for our application.” 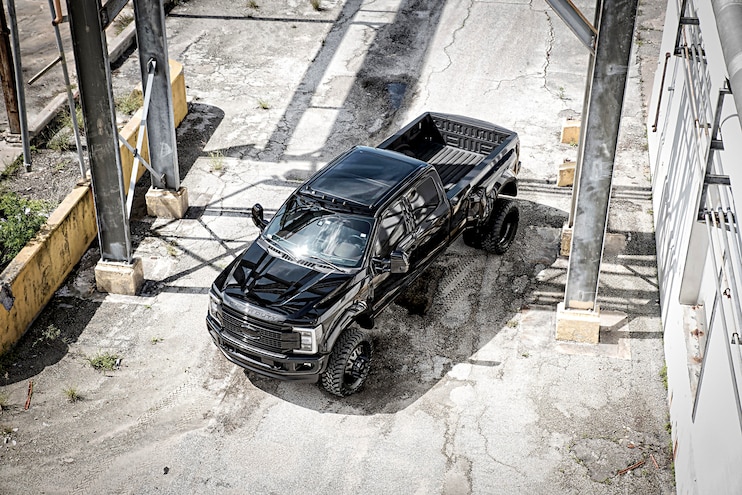 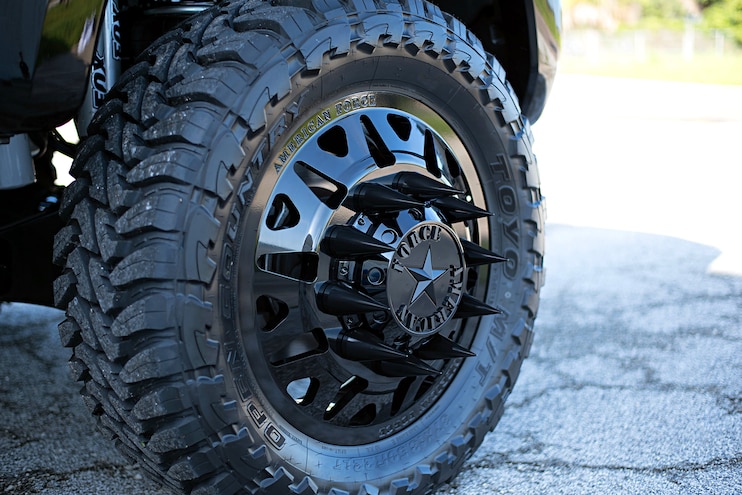 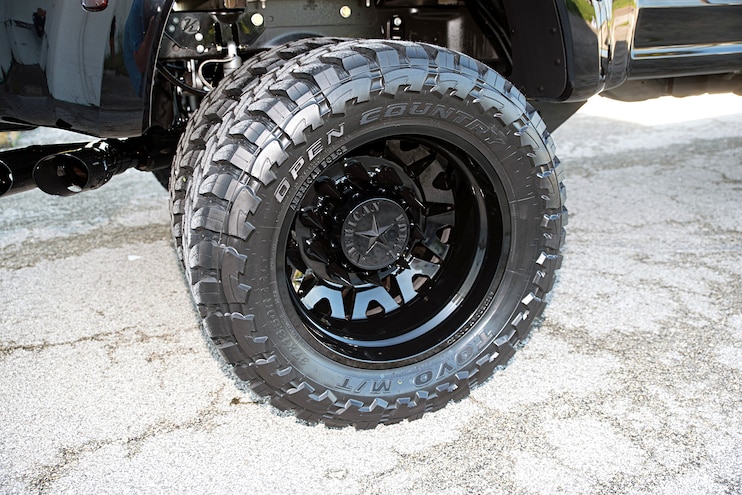 View Photo Gallery | 32 Photos
Photo 5/32   |   2017 Ford F 450 Riding On Air Rear Wheels
As far as the truck's threatening murdered-out appearance is concerned, Jeff admits that it's his favorite thing about the truck for now.
A short list of future plans includes a tune and an exhaust system, but Danny is in no rush. Jeff thinks that they’ll probably go with a GDP Tuning engine management, and perhaps a 5-inch AFE straight-pipe when the time is right.
Jeff was honest and accurate when filling out the truck's spec sheet. Asked the weight of the F-450 and what the fuel economy is, his response was: “heavy, and not good”. But anyone who decides to build a F-450 is not overly worried about either of those things anyway. However, when we inquired about the final product and what he considers the best decision made while building it, there was zero hesitation: “Ride quality. There’s nothing like riding on air.”

- OF
By Stephanie Davies
2 Articles