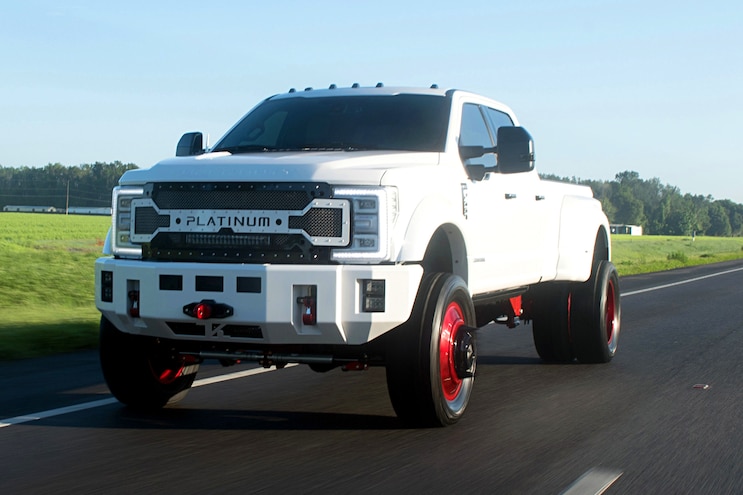 Jeff Scofield is quickly becoming a household name – that is, if your household revolves around fast cars, lifted trucks, custom builds, and performance. A few of his creations have already graced these very pages in the recent past. Remember the F-250 named “Impulse”? One of the latest beasts to roll out of Scofield Performance is pictured here: a 2017 Ford F-450 Super Duty. In case you aren’t yet familiar, allow me to fill you in! Scofield Performance is a venture born about a year ago.
“We’ve been involved in racing our whole lives,” Jeff admits. “Always raced, always had my hands in hot rods.”
Scofield Performance specializes in both Ford cars and trucks, but its forte is custom designs. Jeff says that the shop's focus is one-off transformations, rather than simple bolt-on projects.
So back to this sweet F-450, Jeff knew for a while that a dually was in his future, and when he saw the White Platinum Metallic Tri-Coat ’17 sitting on the Brandon Ford lot, it was a match made in heaven. The truck was destined to become the promotional vehicle for Scofield Performance, so Jeff knew it would have to be the ultimate attention grabber. It was also going to be tasked with hauling his GT500 and the aforementioned F-250, so the build was going to have to be equal parts show and go. 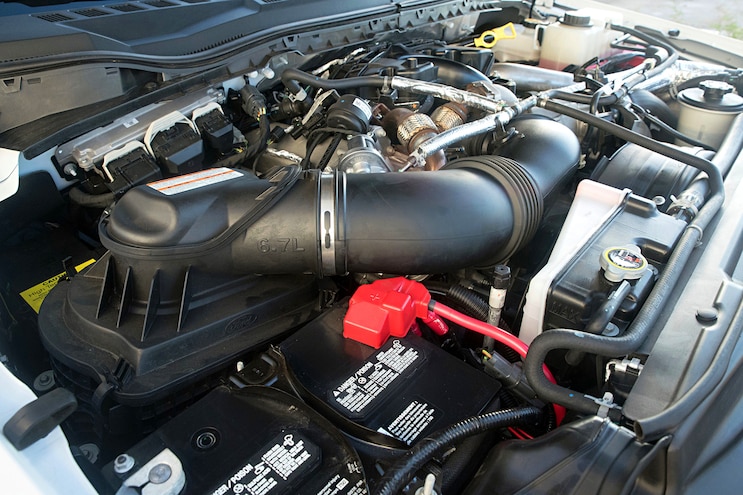 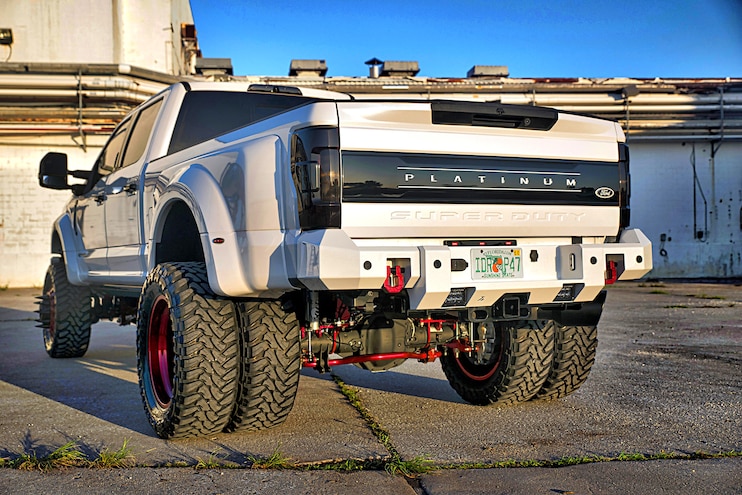 View Photo Gallery | 40 Photos
Photo 3/40   |   023 2017 Ford F450 Super Duty
Because the truck was designed to turn heads, the exterior modifications are plentiful. Kelderman Alpha Series bumpers have been fitted onto the front and the rear, while an Overkill Fabrications grille was chosen for an aggressive front end appearance. For attention, even in the dark, Rigid Industries lighting elements and color-changing Bullseye Retro headlights were chosen. A Warn Zeon 12 Platinum winch was installed to allow for towing capabilities, along with a Royal Hooks tow hook.
There was no way that the stock paint was going to grab enough attention on its own, so Jeff employed the help of James Anderson for custom paint work, and Anderson Performance Coatings (APC), of Inverness, Florida, created the powder-coated finishes. The combination of the stunning paint and the wheel choice turns heads constantly.
“The wheels are my favorite part of the truck,” he told us. “The red wheels on white platinum – I’m pretty happy with the way it turned out.”
With somewhere around 5,000 miles currently reading on the odometer, Jeff says he really has no plans in mind for the F-450's near future. When asked if there was anything he would have done differently knowing what he knows now, he said absolutely not. We can’t blame him – this F-450 is a stunner. 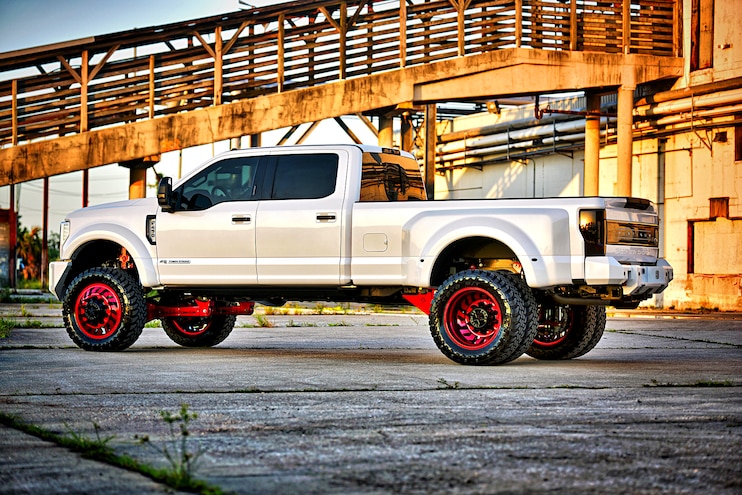 - OF
By Stephanie Davies
2 Articles