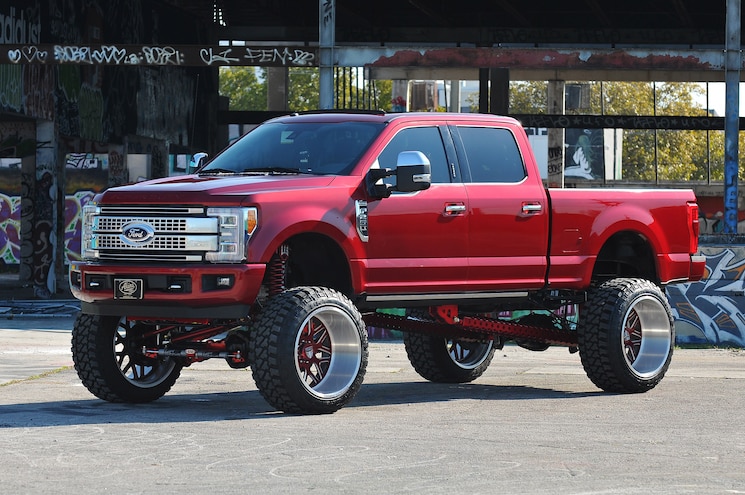 The ruby is a blood-colored gemstone and is considered one of the four precious stones in the world. The red color is caused mainly by the presence of the element chromium, and it’s a color Vince Camacho Jr. has always admired. As a child, he would separate his toy trucks and make sure the ruby red ones were always in front. When Vince was in high school, he began working for his father at a successful construction company. As he became more educated, his work ethic and expertise grew tenfold. He purchased a truck to make hauling equipment and navigating the rough terrain of a construction site a little smoother. Once behind the wheel of a truck, he realized this is where he would be going forward.
As years went by, Vince and his father worked side by side building structures, until 2014 when Vince’s father tragically lost his life due to the rare H1N1 virus. “It hit me pretty hard,” Vince explains. “I had to pick up the pieces and make sure I carried on his name.” At that point, Vince took over the thriving business and never looked back. In order to adapt to the changing times, Vince began searching for a new truck to help with larger loads and a busier schedule. 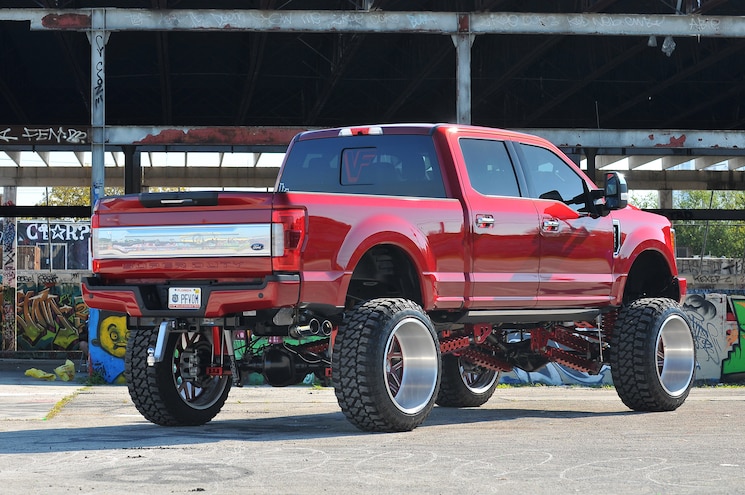 View Photo Gallery | 62 Photos
Photo 2/62   |   Chromium 2017 Ford F 250 Rear
As a Power Stroke fan, he searched his local Naples, Florida, area for a new truck. The ’17 Ford F-250 Platinum in Ruby Red was on back order and wouldn’t be available for months. As a man who knows what he wants, Vince made some calls to other Ford dealerships. The closest one that had the truck on its lot was in Georgia. Vince booked a flight and brought the new Ruby Red Power Stroke Platinum home. 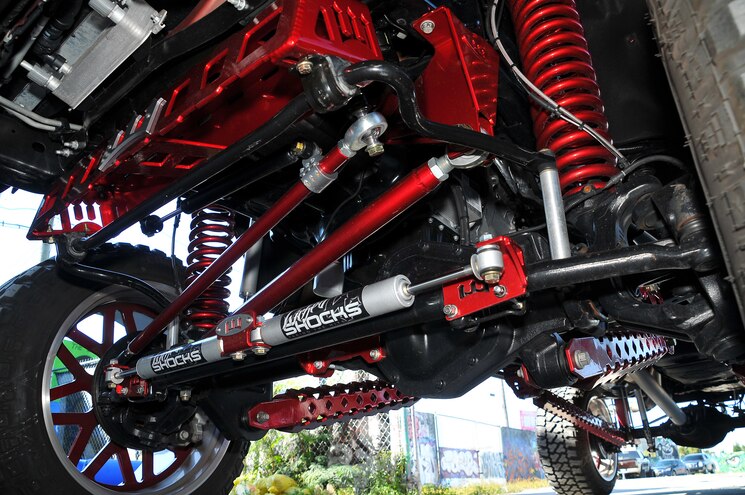 View Photo Gallery | 62 Photos
Photo 3/62   |   Chromium 2017 Ford F 250
In his area of Naples, there is only one shop that was able to handle the output, quality, and customer service Vince demanded to customize his new truck. He brought the brand-new F-250—with less than 500 miles on the odometer—to Jordan Tadysak at Wicked Customs in Naples, Florida. Jordan and his hardworking team were more than happy to accept the challenge, and in three short months they had the truck complete and ready for Vince to pick up.
Vince would like to dedicate this build to his father, Vince Sr., who he knows would be smiling proudly at the number of successful moves he has made. As children, we can never anticipate a tragedy with our parents, but it’s those times that make us who we are and shape us for the future. Jordan and his immaculate team at Wicked Customs added the Chromium to the gem, making Vince’s Ruby Red Ford Platinum the brightest it could be. 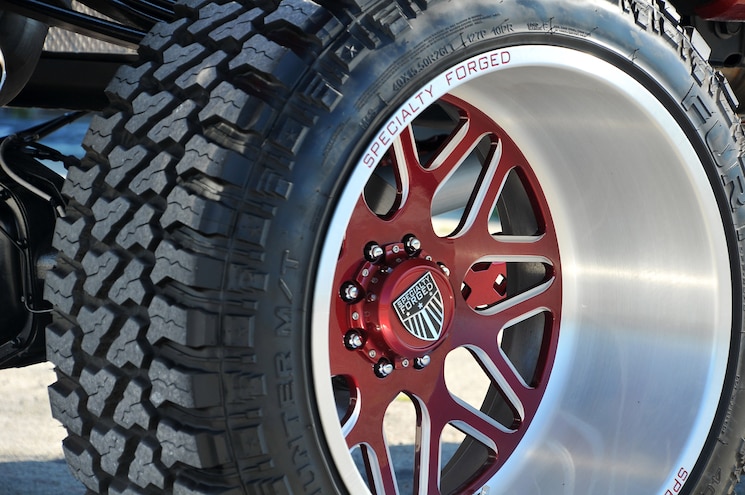