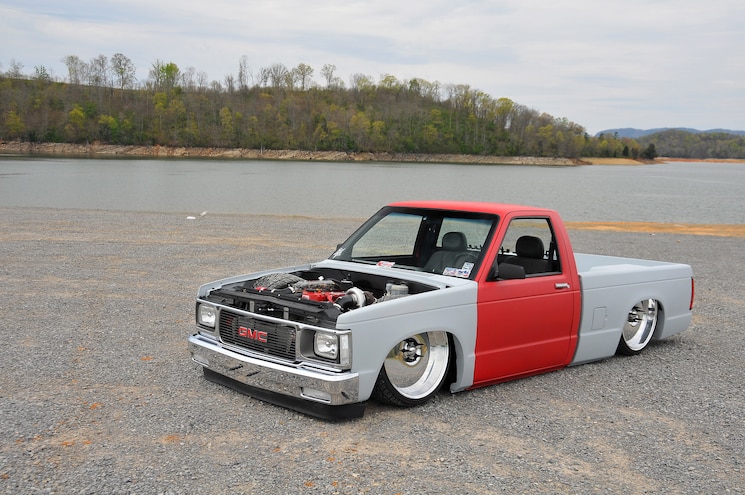 The biggest conundrum for minitruckers is deciding whether to build a truck to lay low or to go fast. Most custom builds don’t encompass body drop and speed. But Jonathan Lokey of Murfreesboro, Tennessee, wanted to build something that would have the best of both worlds. Growing up in a small town, Jonathan first got the truck bug from his cousin, who “had this ’bagged Chevy S-10 that always got attention.” Jonathan tells Truckin, “I was only 10 years old, but I knew how special this culture was.” He started subscriptions to Truckin and MiniTruckin’ and began saving hard-earned money from a side job mowing lawns while still enrolled in school and getting good grades. 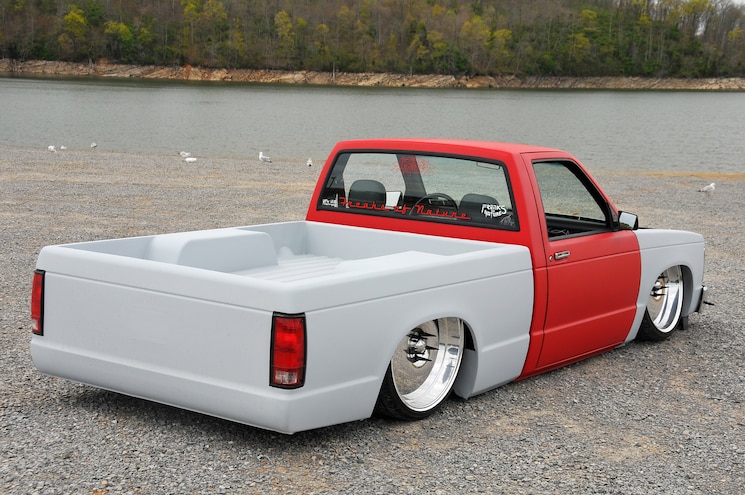 View Photo Gallery | 7 Photos
Photo 2/7   |   1988 Chevy S10 Red Rocket Rear
When he turned 16, he began searching for a truck to start his dream project. Another one of his cousins had an ’88 Chevy S-10 that was sitting around in his backyard, and Jonathan was able to purchase it for a good price. Although the older truck was full of bondo and the interior was trashed, Jonathan knew there was solid potential in the back-yard find. The truck drove, but that’s about all it did when he took possession of it.
With just his knowledge gleaned from reading magazines, Jonathan decided to bag the S-10 and add some rattle-can paint to make it look symmetrical. After some time, he decided he was ready for the next step, and he took the mini to his father’s shop and performed a traditional body drop. In the following weeks, he went to a truck show and entered a “Lowest of the Low” contest during which trucks are measured by how low they are and was beat by a truck even lower than his. Motivated by pure determination, Jonathan went back to the shop and dropped the Chevy to the door. Although the height satisfied him, getting in and out of the truck proved to be difficult, so again it went under the weld and back to a stock floor body drop. 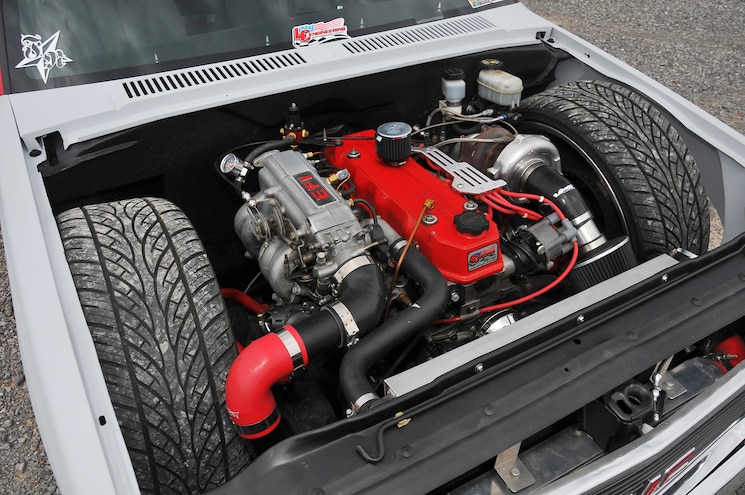 View Photo Gallery | 7 Photos
Photo 3/7   |   1988 Chevy S10 Red Rocket Engine
Throughout the process of the build, Jonathan also purchased an ’86 Toyota pickup and was using that as a beater truck to get around while building the Chevy. In true truck builder fashion, he couldn’t even leave the Toyota alone. Jonathan needed some speed, so he removed the motor and built it up including a 22re turbo designed to utilize a Pro Fuel injection system. But as the beater truck continually got worse, his wife Ambre made the suggestion to put that motor into the Chevy to add some real speed to the S-10.
Although there are miles to go to complete Red Rocket, Jonathan knows he’s made the right decisions through the years to get it where it is now. He wants to thank his Freaks of Nature family as well as his loving and supportive parents, Kristine and John, for their help. He thanks his wife Ambre for always keeping his motivation on track and making sure everything keeps moving forward. A special thanks goes to his best friend Mike for all his help and assistance getting this truck as far as it is today. His dream is to finish his first truck. And although it’s been taking a lot of time, he’s definitely on track and headed in the right direction. 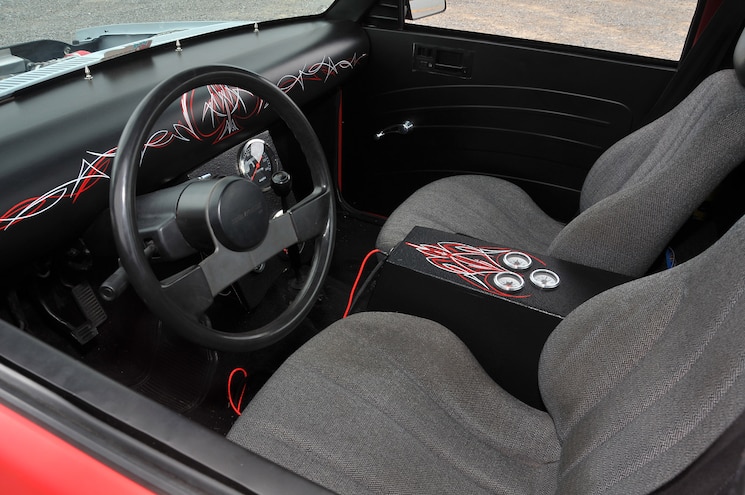