The Memory Lives On 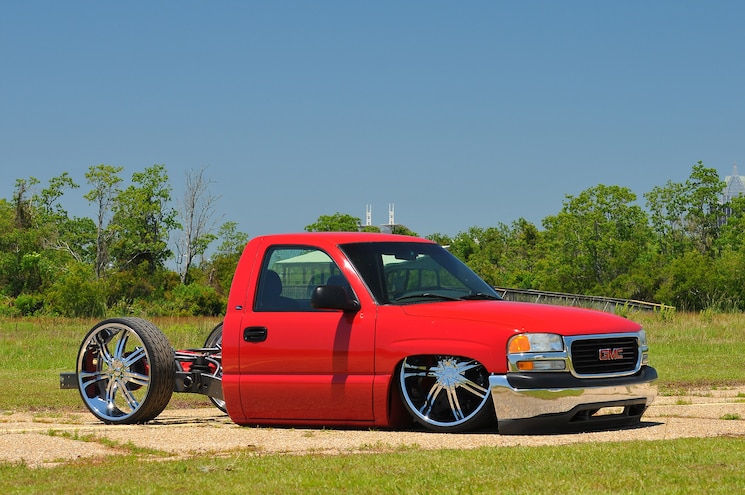 The Dubuisson men have been involved with trucks for more than seven decades. Bill Dubuisson of Slidell, Louisiana, can remember his grandfather, Bill, restoring old vehicles. While Bill was growing up, his father, Mark, always had race cars and 4x4 trucks in the garage and on the streets. It was only a matter of time before a young Bill would inherit the family tradition. His motivation began one day as he was on his way to school and saw a bagged and bodied truck in a parking lot. “That was the exact moment I knew it was in my bloodline,” Bill tells Truckin. “My journey began at that point.”
Bill ended up locating the owner of that truck, who guided and assisted him with the purchase of his first truck, an Isuzu pickup. He performed his first body drop inside his grandfather’s shop. After the mini-truck was pulled out, his grandfather just shook his head and said, “Boy, I have to tell you, I never thought you’d get that thing put back together.” It filled him with pride that Bill was able to execute such a drastic change on his first attempt. 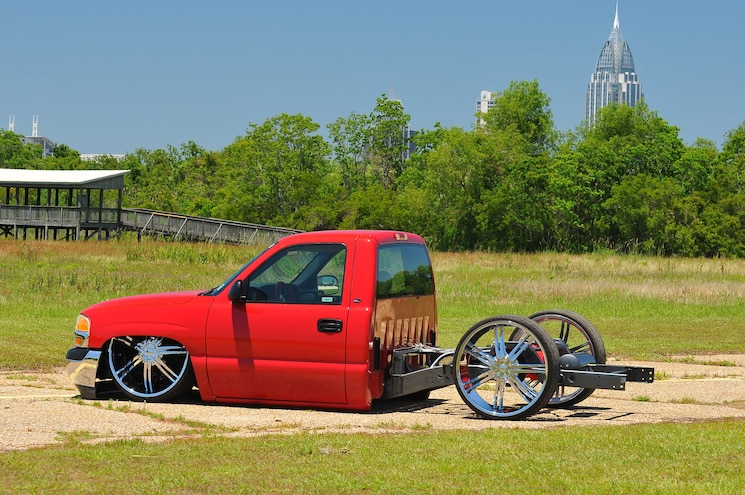 View Photo Gallery | 5 Photos
Photo 2/5   |   2002 Gmc Sierra Ole Red Side
Many years later, Bill inherited an ’02 GMC Sierra from a dear friend, Lora Johnson, who unexpectedly passed away due to complications of cancer. “She was the hardest working lady I’d ever met,” Bill says. He knew he could keep her memory alive and well with something she would be proud of. With the help of his good friend Eric Hingle, Bill once again began the cutting process, bringing the fullsize GMC down to the ground. He wanted to get a little creative, so he did his best to make it stand out.
Bill still has quite a way to go to bring Ole Red to her glory, but he knows he’s on the right track. He wishes to thank all the people who helped motivate him, including his grandfather Bill Caldwell, his mom Rhonda, stepfather Ricco, father Mark, and stepmother Judy. The hardworking helpers like Eric Hingle, Dean Carter, Leon Cook, and Corey Meyer maintained support and assistance during the process and enabled Bill to keep focused on his progress. A special thanks goes to Bill’s fiancée, Jessica Schoenberger, for her continued love and support and for putting up with the time-consuming Ole Red project. 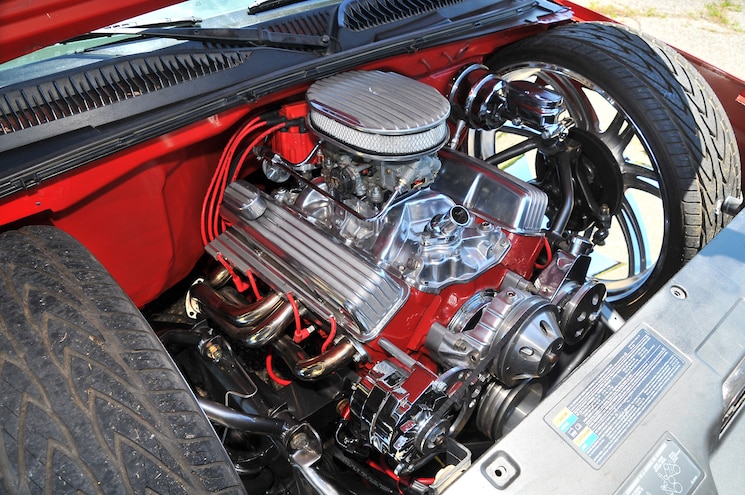