Ending the Game in Style 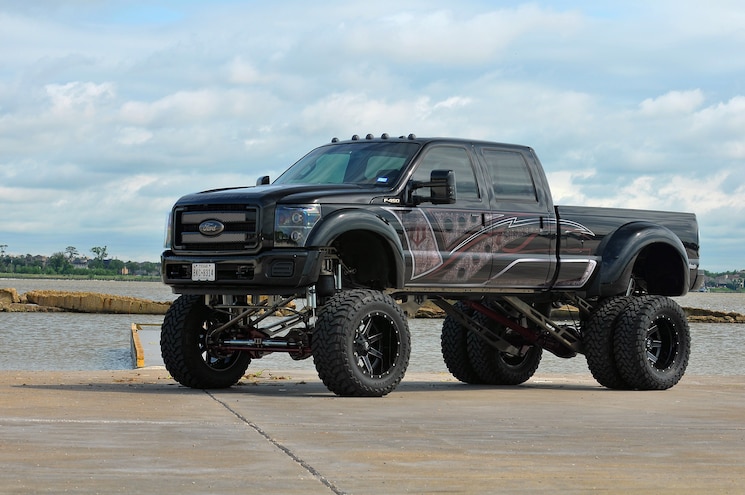 Most people can pinpoint the exact moment when they became truck enthusiasts. For Philip Hall of League City, Texas, it was at the ripe old age of 13. Growing up in a small Texas town, he had a neighbor who was into dirt track race cars. Philip quickly gravitated toward the custom racers, but as most people were admiring the race cars, a young, impressionable Philip was admiring the large trucks trailering these cars. “Most of the trucks were big, lifted Fords,” he tells Truckin. “I just loved the style and design of these monsters.” 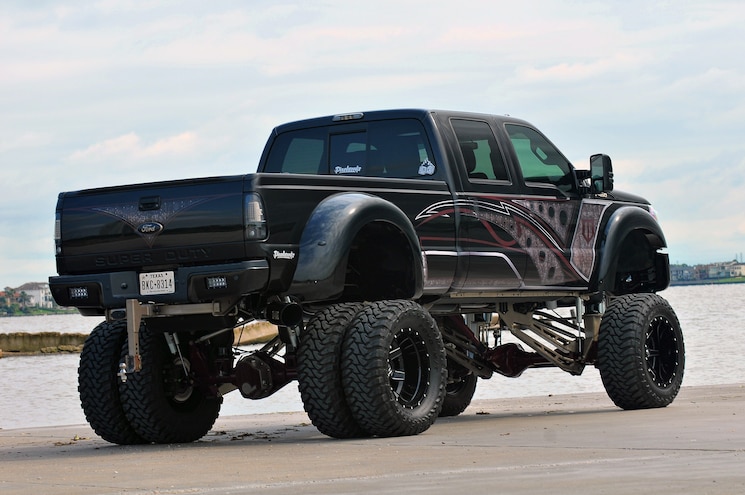 View Photo Gallery | 19 Photos
Photo 2/19   |   2012 Ford F450 Rear
At 15, the legal driving age, Philip purchased his first truck, an ’81 Chevy stepside, which he treasured all through high school. Throughout the years, the trucks he owned kept getting larger and more expensive. In 2011, he purchased a Dodge Mega Cab he never really grew into. His wife agreed to let him trade it in if he replaced it with a Ford instead. He and his wife, Carrie, went to the local Ford dealership and picked out a brand-new ’12 Ford F-450 Super Duty King Ranch edition and brought it home. 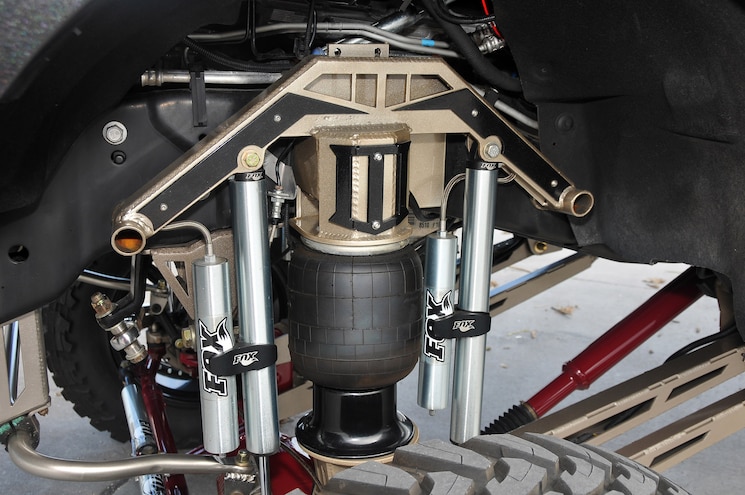 View Photo Gallery | 19 Photos
Photo 3/19   |   2012 Ford F450 Fox
Once he had the new truck in his possession, Philip decided to start making it unique. Even though the brand-new model was classy and stylish enough, Philip knew he wanted to turn it into something special. He contacted Kevin Russell, owner of B&C Offroad & 3rd Coast Suspension in Pasadena, Texas, for some input. Originally, Philip added a small lift, but it wasn’t high enough. The lift was replaced with a larger suspension and still didn’t satisfy him. It took a total of four different lifts before he finally settled on an air suspension that would allow him to have multiple heights at any time he wanted. 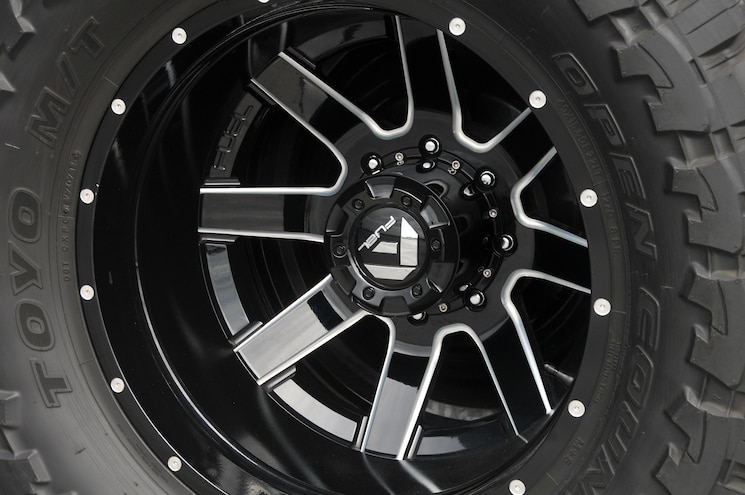 View Photo Gallery | 19 Photos
Photo 4/19   |   2012 Ford F450 Wheel
The next step was altering the body with small, creative touches. Magnolia Paint & Body was first to handle the Ford by painting the grille, emblems, rear bumper, and all the interior pieces. Once that was completed, Clear Lake Paint & Body was next on the roster to coat the axles, driveshaft, and front bumper. Philip contacted John Vo at Pixelwerks to discuss wrapping options for his new lifted Ford. Philip’s wife, Carrie, came up with the rough draft for the design, and the Ford was driven to Pixelwerks in Houston, Texas, where the complete truck was coated in a 3M wrap design. After the truck was delivered, it was time to find the perfect wheels for the F-450, and Philip chose Fuel Mavericks, because they didn’t need adapters to fit. 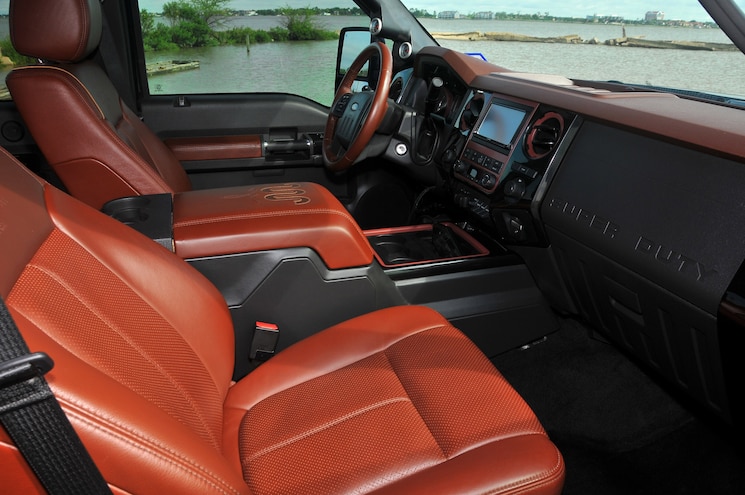 View Photo Gallery | 19 Photos
Photo 5/19   |   2012 Ford F450 Interior
This Ford F-450 was number 15 on the list of trucks owned by Philip and quite simply the biggest and best he’s ever purchased. What started as a 13-year-old boy watching trucks roll by in the neighborhood has transformed into the adult with the biggest truck in his neighborhood. He wants to give a special thanks to his wife, Carrie, and their two children, Aralynne and Jerami, for understanding the dedication and time it took to get this build perfect. Along with his father, Philip owns a large equipment company in Texas, and in his line of business he has to be meticulous and precise—just like he has with It’s a Wrap.