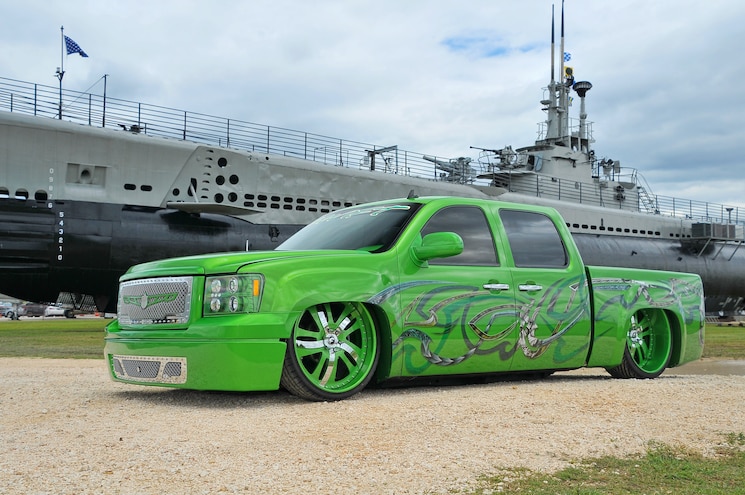 Owning a custom truck and bringing it to shows can be a difficult task. Driving hundreds of miles to different states to show your vehicle puts a lot of wear and tear on a custom vehicle. But Jose and Rocio Lopez of Enid, Oklahoma, came up with a perfect solution: Jose purchased a truck and trailer to tow his wife’s custom Cadillac Escalade to shows.
In late 2012, Jose began searching for a durable and reliable vehicle capable of handling the weight. He located an ’08 GMC Sierra 1500 in the city of Clinton, about three hours away from his house. He made the long trip, picked up the new truck, and headed back home. The GMC was already bagged, but once he arrived home he realized it wasn’t done properly. He and his wife started cleaning and fixing minor issues to make the new truck road ready. 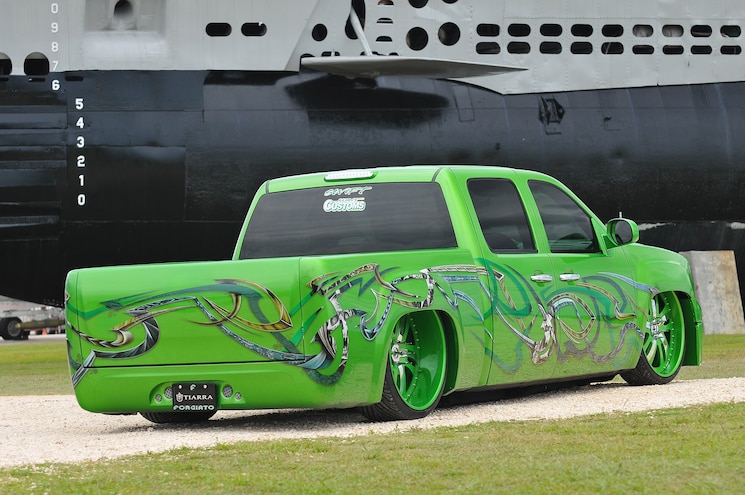 View Photo Gallery | 21 Photos
Photo 2/21   |   2008 GMC Sierra 1500 Green Envy Rear
In order to replace the suspension with new work and new parts, Jose brought the Sierra to Jake McKiddie of Phat Phabz, where the full air-ride was removed and repositioned and the ball joints were fixed. Jake created a custom hitch on the GMC to allow for heavy towing. Once the suspension was done, Jose decided to upgrade the interior for long rides to shows. He enlisted his friend from Curt’s Creations to add full Katzkin leather seats and panels.
For the next year, the Sierra was a work horse for the Lopez family, transporting their show truck to events. “We went to about 16 shows that year,” Jose tells Truckin. “It was the best investment I made.” With all the attention going to his wife’s custom Caddy, Jose felt a bit left out and decided he would overhaul the hauler. The Sierra began its transformation at Julian’s Customs in Oklahoma City, where Gustavo laid down a rich coat of Synergy Green. Jose’s friend Tox Murillo came in to give the GMC a special touch by adding graphics and custom airbrush. A mural of Jose’s wife was added to the hood to remind him where his motivation came from. 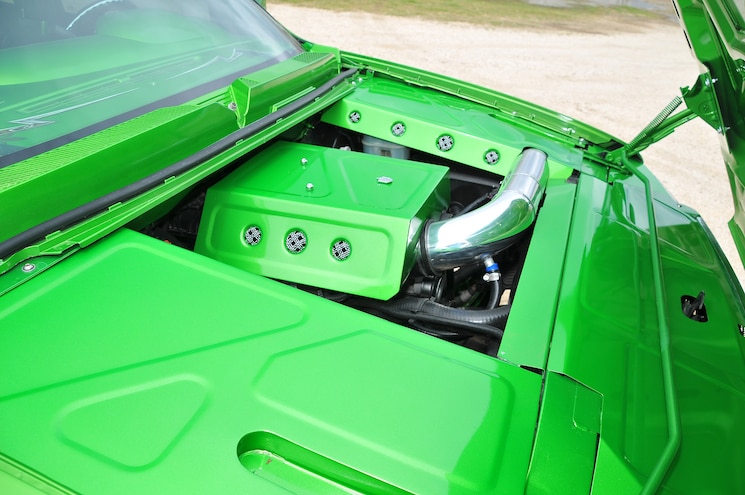 View Photo Gallery | 21 Photos
Photo 3/21   |   2008 GMC Sierra 1500 Green Envy Engine Bay
The GMC was brought back to Phat Phabz, where the rear end was customized to fit larger wheels and the new bed was designed. From there, Jose brought Green Envy to his friend Alex at Alex’s Upholstery for the entire cabin flip, including fiberglass consoles and dashboard as well as a ground-pounding stereo system and video setup. The last step was done by Jason Vannatta in Missouri, who masterfully designed and customized the engine bay and metal work for the undercarriage.
Green Envy started as a rig with the sole purpose of transporting a show car and became a masterpiece that now requires a transport for itself. Jose wishes to thank God and his beautiful wife, Rocio, and their kids, Hedwin and Ian, for their love and support. A special thanks goes to his good friends Gustavo, Julian, Tox, Gerald Martin, Jason, Jake, and, of course, Phil for the great photos. 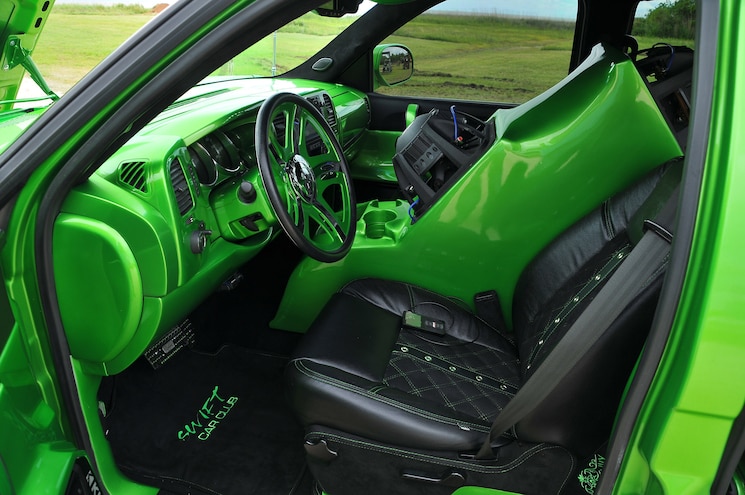 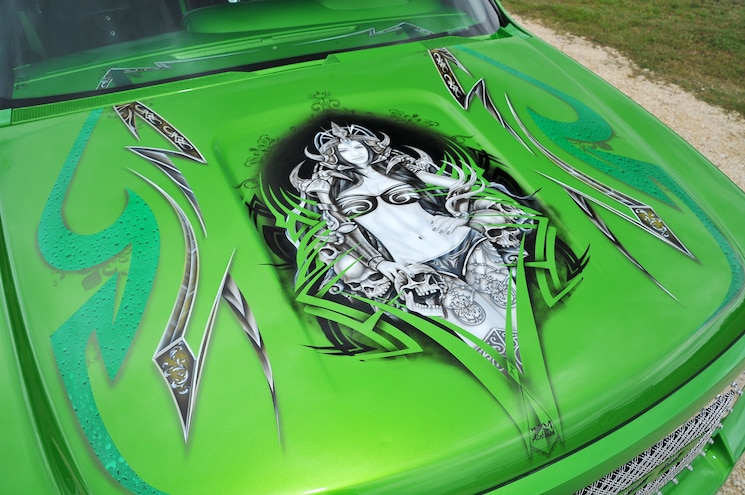