Coming Together for a Greater Cause 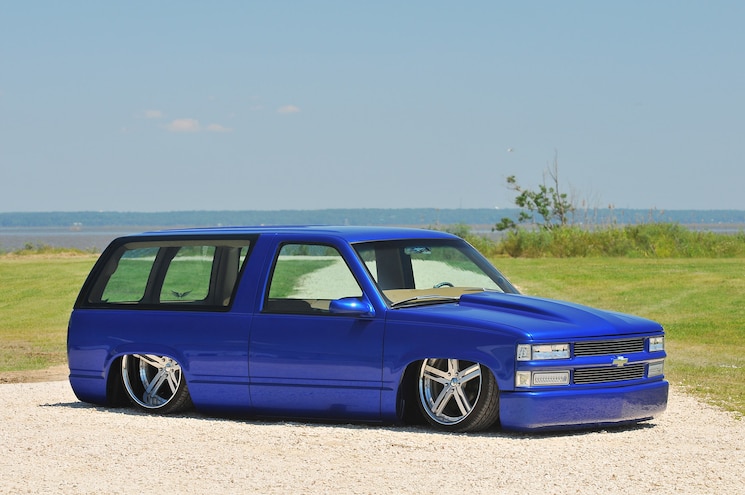 The value of friendship can be extremely beneficial to each of us. We utilize friendships for many things, from lifting us up when we’re down to inspiring us to be better people. A friend did much more than that for Dennis Ricks of Covington, Georgia. As a small child, Dennis grew up around vehicles. His stepfather had a one-bay shop, and as early as seven years old Dennis was helping tape up cars for paint. In middle school, he had to transfer schools, and that’s when life got a little rough. Dennis became the victim of bullying and pranks throughout that year.
He had one good friend, though, and his friend’s older brother had a lowered mini-truck with a wild paintjob in which he let Dennis ride. “I thought it was the coolest thing,” Dennis tells Truckin. “It took my mind off all the adversity I had in school.” He began putting together designs and ideas for when he would be able to get his own truck. Once he got out of school, he was able to purchase his first truck from his grandfather and get his first hands-on experience with trucks. 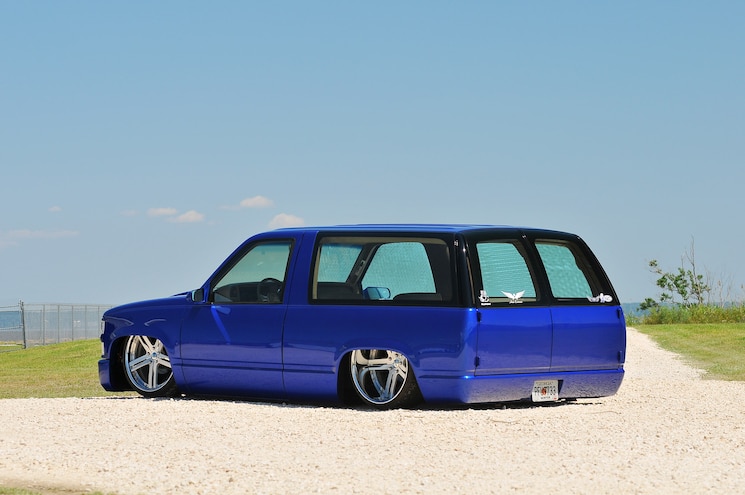 View Photo Gallery | 13 Photos
Photo 2/13   |   2000 Chevy Tahoe Built By Brothers
Like most kids growing up, Dennis lost focus of his goals and started partying. “I was going to clubs and drinking a lot,” he says, “and before I knew it, I was in a very bad place.” It took an automobile accident to wake him up and make him realize where his life was heading. He thought for a long time how to refocus and get back to a healthy place, and his mind kept revisiting that mini-truck from middle school. It was time for him to get sober and start building a truck.
Dennis was in the process of building a Chevy 1500, and his best friend Robert had a ’00 Chevy Tahoe he was building. They both decided to help each other during their builds. It was in early 2012 that Dennis wanted to go to a truck show in North Carolina, but his truck wasn’t going to make it. Robert told Dennis he could take his Tahoe to the event. Before Dennis made it back home, he had fallen in love with the Tahoe. It took quite some time to convince Robert to part with the Tahoe, but Dennis eventually ended up taking possession. Dennis showed it for a couple years, and in 2015 it was time for a rebuild. 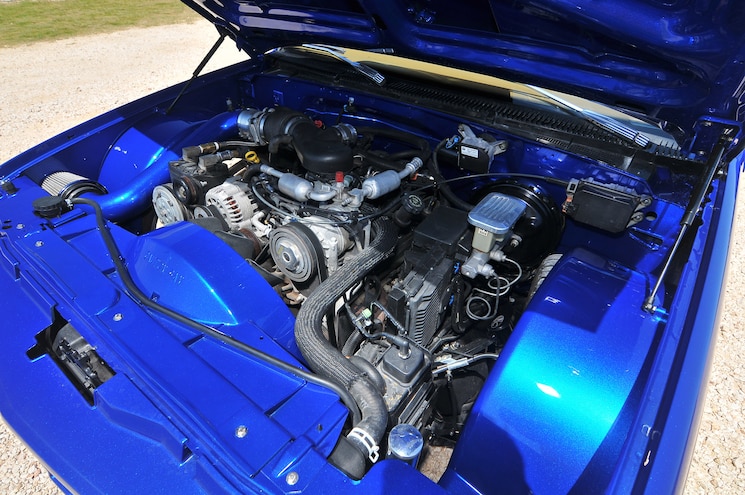 View Photo Gallery | 13 Photos
Photo 3/13   |   2000 Chevy Tahoe Built By Brothers Engine
Dennis and Robert started with the suspension, adding a full Accuair setup and rebuilding the entire rear suspension as well as modifying all the crossmembers. Once the Chevy was ready for bodywork, Tyler Hughey and Robert Robertson from Auto Extremes in Conyers, Georgia, began with shaving and then added a one-off front bumper that was pulled in and stretched. The Tahoe was given a complete color change from green to Nissan GTR blue to stand out even more. The next step was enlisting Dennis’ friend Chris Rawlins from Savannah, Georgia, to handle the complete interior change along with the custom stereo install. 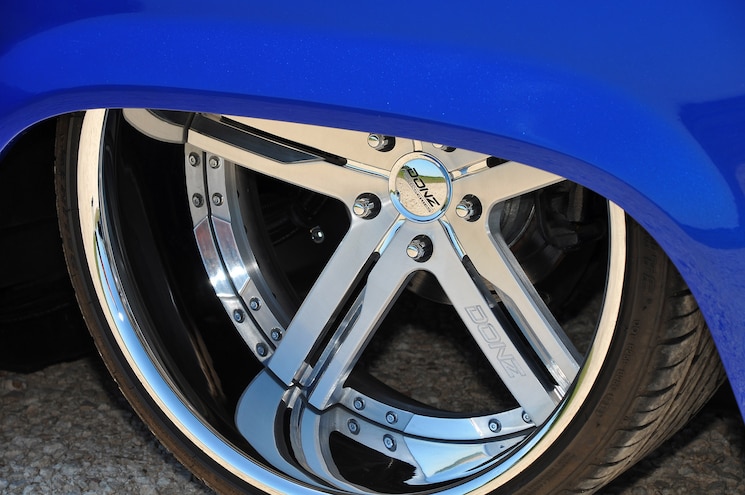 View Photo Gallery | 13 Photos
Photo 4/13   |   2000 Chevy Tahoe Built By Brothers Wheel
Dennis works on heavy equipment at a cereal manufacturer in Georgia, so he knows what it’s like to have teamwork and people to depend on. Although the entire build time took almost two years, Dennis knows it was because of all the help, support, and motivation from his friends and family. It was his Negative Camber brothers who constantly pushed him to build bigger and who, in turn, rewarded Dennis with a full logo. 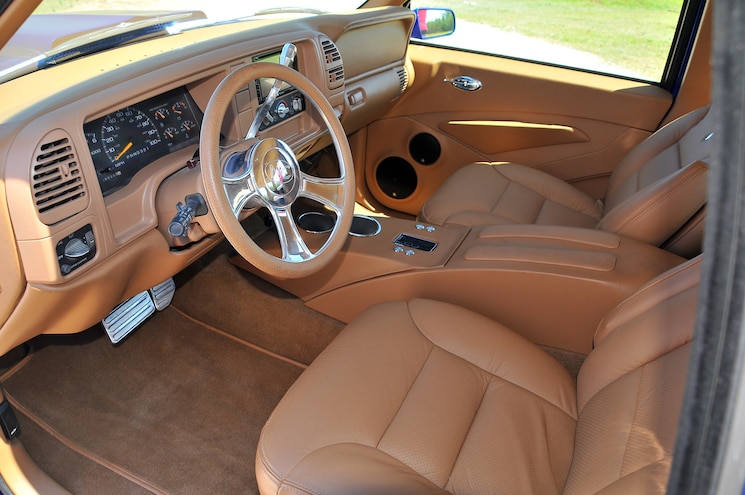