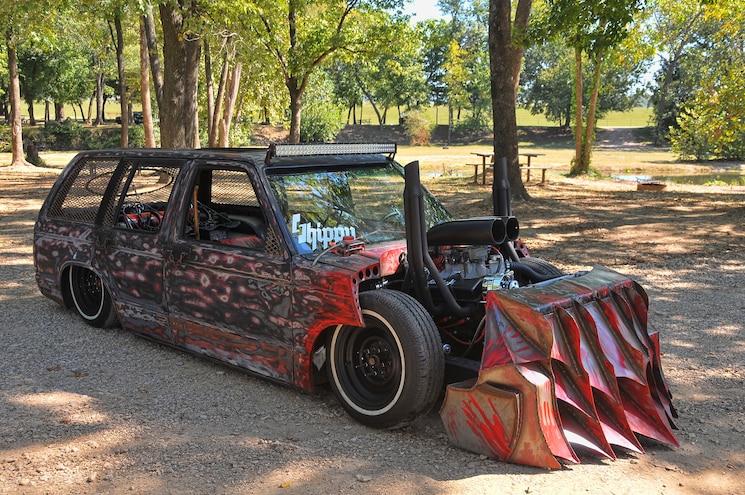 Movies can often impact our lives in a creative and positive way. And that’s exactly what happened to Ryan Shippy of Kansas City, Missouri. “The movie Mad Max was just released, and I wanted to go see it,” Ryan tells Truckin. “I was fascinated with the mayhem and madness these vehicles symbolized.” Ryan had a couple of trucks at his house, but one in particular became the focus of his motivation: a ’93 Chevy Blazer S-10. 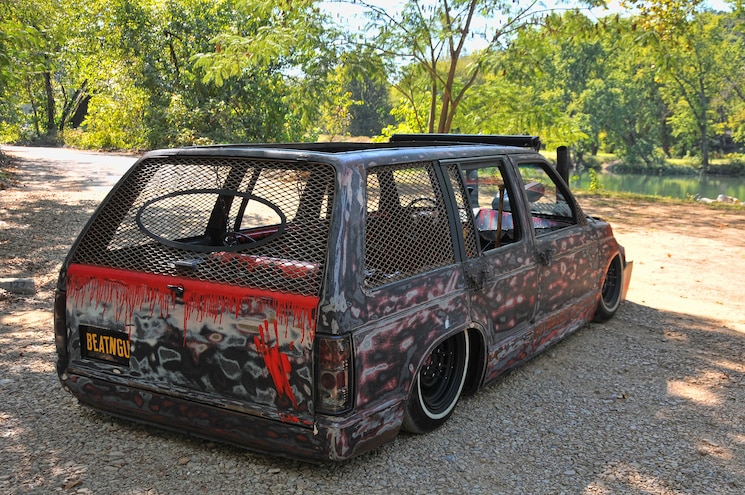 View Photo Gallery | 5 Photos
Photo 2/5   |   1993 Chevy S10 Blazer Death Trap Rear
Ryan decided to start by cutting the front fender off; when his friends got wind of his idea, they couldn’t understand his vision. “You’re trashing this truck,” one friend said. But all their opinions started to change the minute Ryan fabricated a custom snowplow. The death plow, as he calls it, consists of the hood and bumper being cut and welded together into a sharp aggressive look. The next step was busting out all the windows and giving the cage effect. 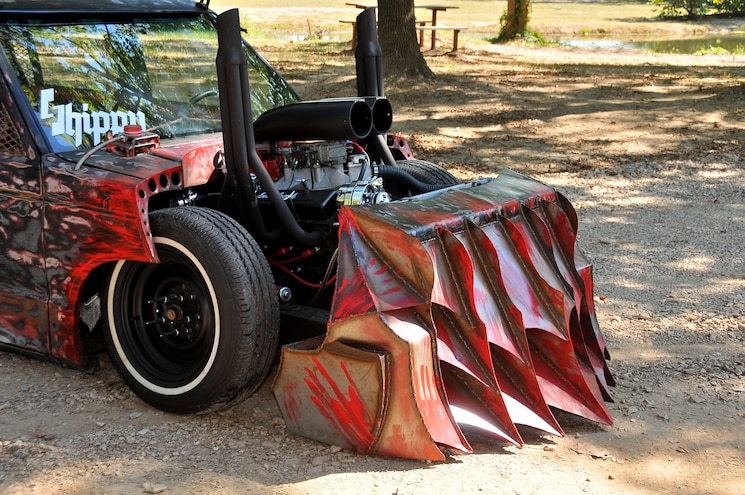 View Photo Gallery | 5 Photos
Photo 3/5   |   1993 Chevy S10 Blazer Death Trap Front
Of course, this truck needed more power if it was going to play with the big boys, so Ryan added a V-8 to the Chevy. The interior took more imagination and some time. Ryan went to the shop and grabbed some rebar from concrete and started to shape it piece by piece until it started to form the evil feel he was looking for. Rat rod–style seats were added to complete the death vibe. 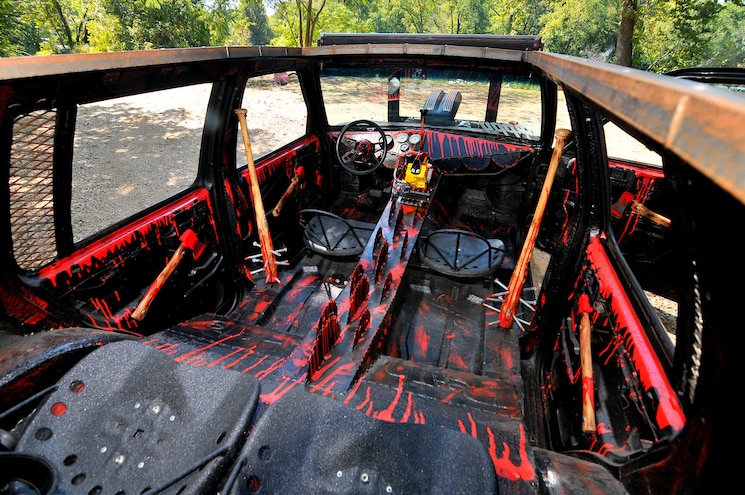 View Photo Gallery | 5 Photos
Photo 4/5   |   1993 Chevy S10 Blazer Death Trap Interior
It was a long road to come up with something unique in a sea of ordinary. Ryan wishes to thank Matt Kellam at Coldharted Kustoms for building the custom three-link. A special thank you is given to D.J. Pugh for helping with all the random work and providing motivation to finish the truck even when Ryan began giving up on it. Death Trap started as something out of the box that nobody believed would come to fruition, but Ryan proved them wrong and made a Mad Max–style piece of rolling art. 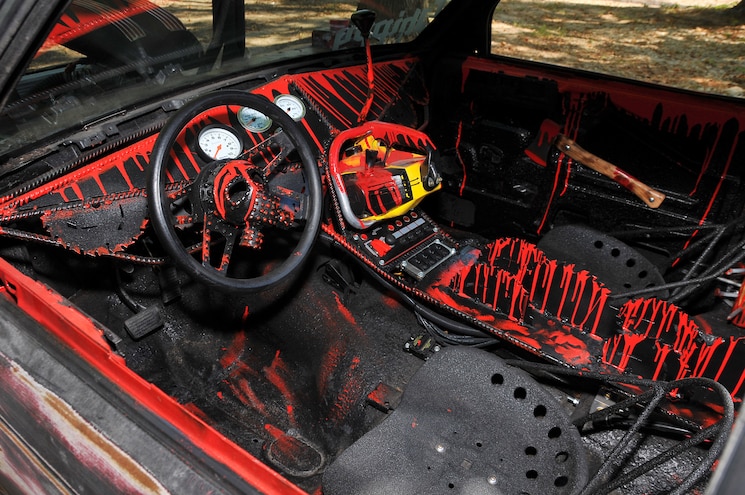