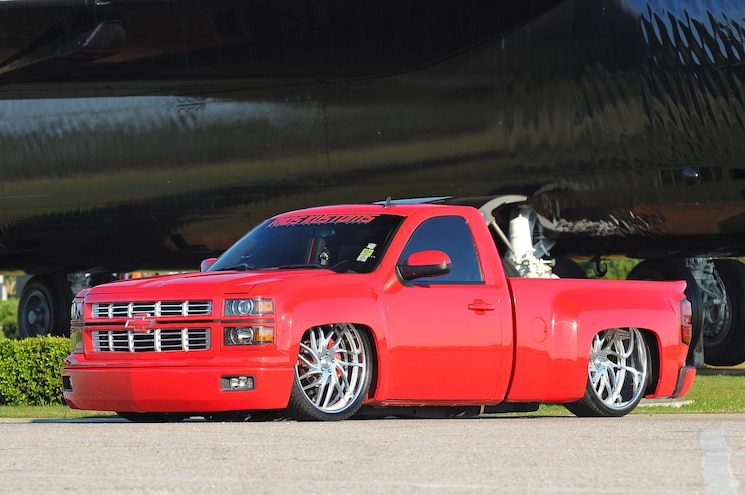 When you’re given a good foundation, it’s impossible to fail. Francisco Rios of Fort Worth, Texas, had a father who owned and operated a body shop where he repaired and painted vehicles. On occasion, he would purchase the vehicle and repair and flip it to earn extra money. When Francisco turned the legal driving age of 16, his father, Joaquin, purchased a cheap, wrecked Honda and got it running for Francisco. As a high school kid with a new car, it didn’t take long for Francisco to want to customize it. As he outgrew the Honda, he kept the theme of fast imports for his next few vehicles. 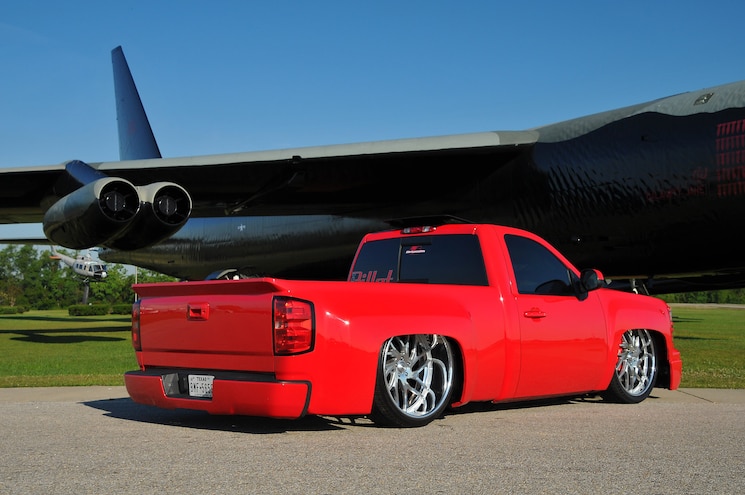 View Photo Gallery | 13 Photos
Photo 2/13   |   2008 Chevrolet Silverado Slayer Rear
Once Francisco was out of high school, he began pursuing his father’s trade by taking an auto body course in college. The course required him to bring tools on a daily basis, and he was quickly realizing an import wasn’t viable for his needs. One of his father’s customers had a solid stock C1500 truck, and Francisco was able to work out a price to buy it from him. Quick to show off his auto body skills, Francisco shaved the truck, lowered it, and added wheels. Once Francisco got a taste of trucks, he knew this was the culture to which he belonged.
When it came time to purchase his first real rig to transform, he went to a Chevy dealer and found a solid white stock ’08 Chevrolet Silverado. Francisco worked quickly, updating the Chevy to a ’13 2500 HD front end because it was just a simple hood, grille, and bumper upgrade. After a couple of months, Francisco decided he wanted to go a little further with the bodywork and added a ’15 front end that required a lot of metal fabrication to install. The rear end followed suit with the ’15 upgrade, and a spoiler was added for a more aerodynamic look. 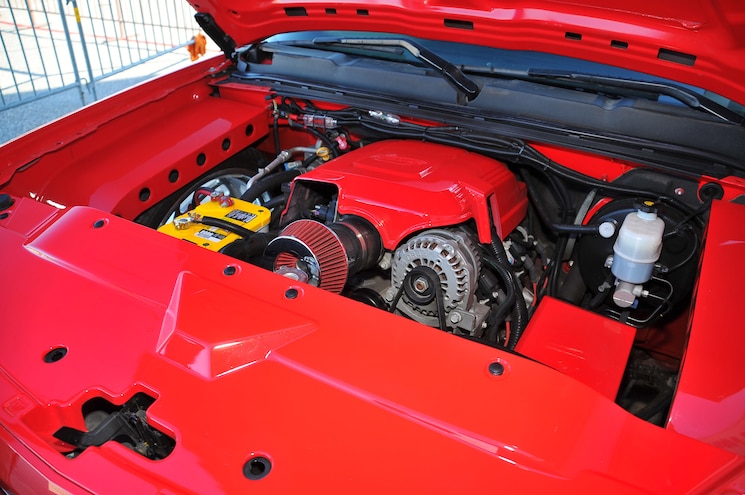 View Photo Gallery | 13 Photos
Photo 3/13   |   2008 Chevrolet Silverado Slayer Engine
Francisco’s next step was finding the perfect wheels to fit his new custom Chevy. He found a shop that ordered him a set of 26-inch Intro wheels. Once they arrived at the shop, it was obvious the wheels weren’t going to fit on the static-dropped Chevy. “They told me I needed to ’bag the truck to get it to fit,” Francisco tells Truckin. “At that time, I chose a different avenue.” The only way to get the wheels to fit the rear of the truck would be to flare the fenders to accommodate the wide rims.
Some of the shop’s employees, including Fito, Julio, and his father, fabricated a wide body on the single-cab Chevy. Once the radical body modification was completed, he needed a fresh paintjob to match. Francisco used his painting expertise and coated the Chevy in rich Ferrari Red to give the truck more character and make it stand out much more than with the white paint. His next step was making the interior pop by enlisting Juan at Juan’s Upholstery to handle the black leather along with red painted interior pieces and door panels. 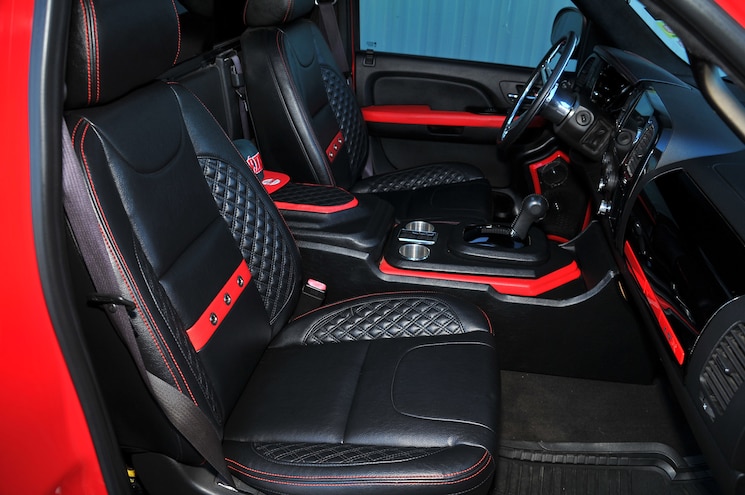 View Photo Gallery | 13 Photos
Photo 4/13   |   2008 Chevrolet Silverado Slayer Interior
Francisco debuted his new truck, still static-dropped, at a big show and took home a First Place award. Once it was time to load the truck on the trailer, he realized using 30 different 2x4 pieces of wood just to get it loaded was not something he wanted to keep doing. Straight from the show, he brought the Chevy to Family Kustoms, where Tony and Pakas brought the once-static Chevy to the ground with their own custom suspension and Accuair E-Level air management. 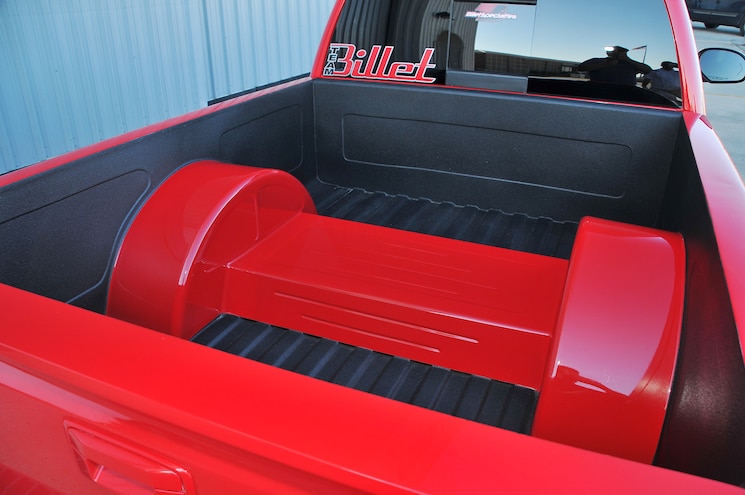 View Photo Gallery | 13 Photos
Photo 5/13   |   2008 Chevrolet Silverado Slayer Bed
Francisco is the head painter and manager at Rio’s Body Shop, and with his father Joaquin’s tutelage, the path was cleared for him to excel in his field. A special thanks goes to his loving and supportive wife, Lindsey, and their son Frankie. Francisco wishes to thank his family, especially his father, Joaquin, for all his support and putting up with his truck obsession. His friends have affectionately named the Silverado “Slayer” because it has beaten every truck it’s been up against since its completion.