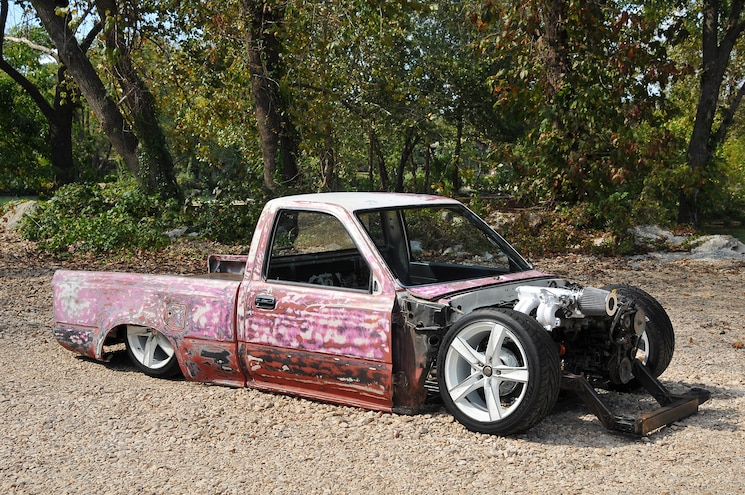 There are times when you try to be unique and creative and it just doesn’t turn out the way you thought it would. Cody Kerr experienced this pretty early on in his customizing days. Growing up in Ozark, Missouri, meant that in order to have something cool and fun to drive, you had to do something different. When Cody was 16, he fell in love with his good friend Andrew’s bagged ’89 Chevy C1500. “I would try and get him to drive me to school so my friends could see me in the truck,” Cody tells Truckin. “I knew I wanted something just as flashy and unique.” 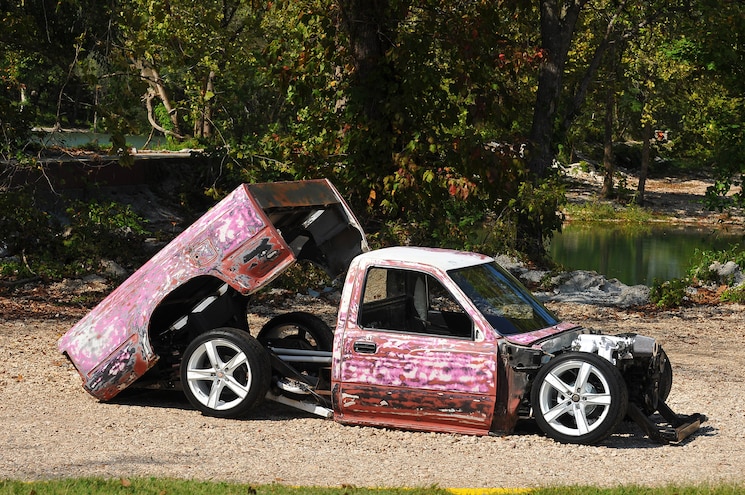 View Photo Gallery | 5 Photos
Photo 2/5   |   Busted Knuckles 1994 Toyota Pickup
After a trio of false starts customizing other trucks, Cody set his sights on a new rig that would be a daily driver until he was able to customize it. He found a bagged ’94 Toyota pickup in Holts Summit, Missouri, about three hours away. The truck needed a fuel pump and a fuel cell, but for $900 it was worth the investment. Once he got the Toyota home, he did a throrough check and found the pinion angle was off and the rear upper bag plates were sketchy, so he replaced them and adjusted the link bars.
During the process, he found the link bars were cross-threaded, so the inevitable happened sooner than later. One day into owning the new Toyota pickup, Cody built a back half out of 2x3 box metal. Inside his home garage with just a welder, grinder, and cut saw, Cody cut and gutted the entire truck. “I had no prior knowledge about building frames,” Cody adds, “but I’ve always been good with my hands, so I decided to go for it.” Cody was careful not to make the errors he made in the past. 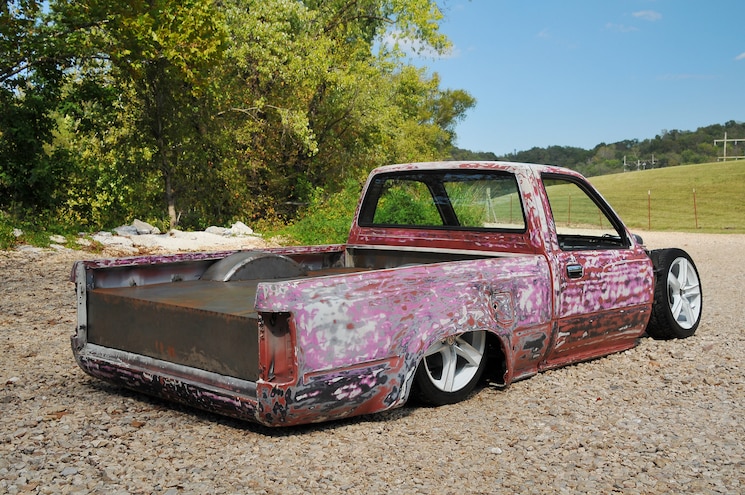 View Photo Gallery | 5 Photos
Photo 3/5   |   Busted Knuckles 1994 Toyota Pickup Rear
Cody has some serious plans for the Toyota, including shaved doors, taillights, tailgate, and antenna, as well as suicide doors, a sliding ragtop, and a full fiberglass interior. He wishes to thank his friends and family who helped along the way, including his mom, Wendy, and Jason Thorbecke, Matt Winter, and Kyle Dimtroff for the quality parts on the Toyota. It may have taken a horrible trial-and-error process on his past vehicle to realize what to do right, but it was worth every step. 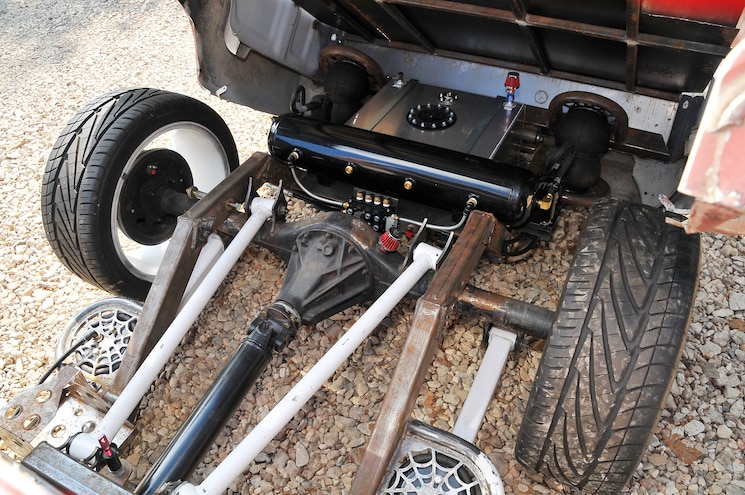 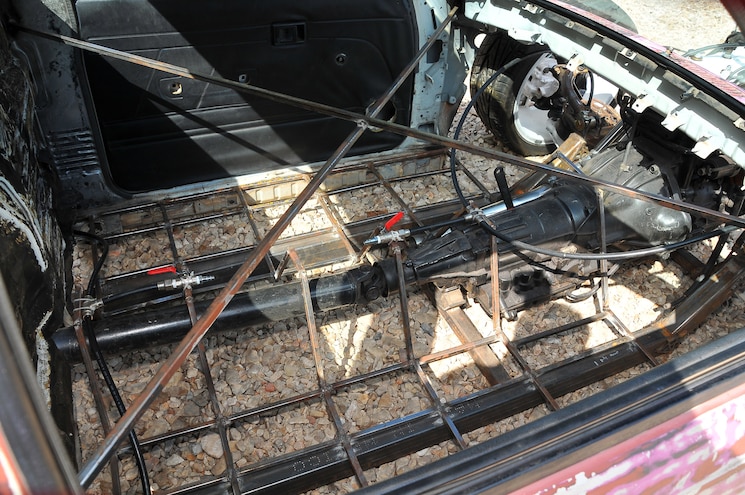