If at First You Can’t Sell It, Keep It and Build It Better 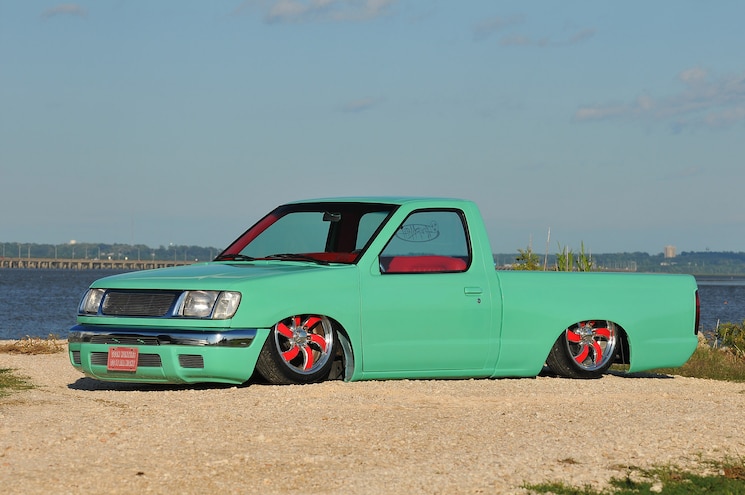 The life of a mini-trucker isn’t all about partying and excitement—it’s also about change. As mini-truckin’ is one of the biggest and most exciting lifestyles, owners of mini-trucks oftentimes buy and sell their rides to get something different and start over. Benji Harless of Maynardville, Tennessee, first became aware of the lifestyle at the young age of 15, when he and his father, Briscoe, attended an antique car show and saw a mini-truck pull up. “I was driving a 4x4 Toyota truck, and the minute I saw my first mini, it changed me,” Benji tells Truckin. “I embraced the lifestyle immediately.” 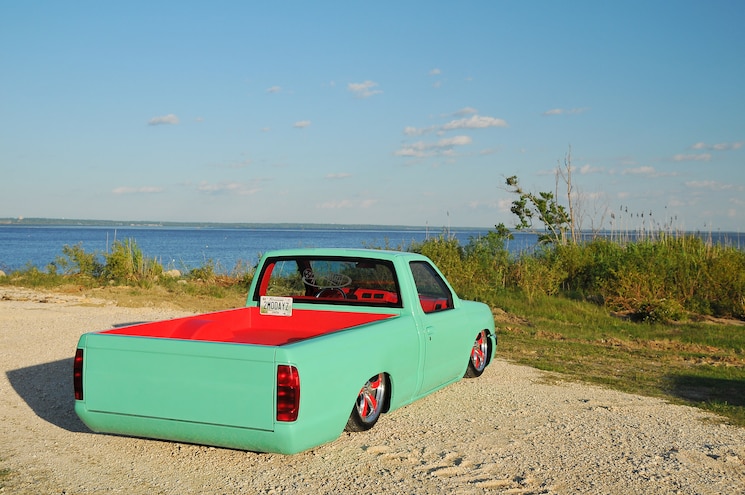 View Photo Gallery | 11 Photos
Photo 2/11   |   1998 Nissan Frontier Rear
His foray into the mini world started with a Chevy S-10, and he eventually sold his Toyota for the funds to bag it. Benji met and got engaged to his now-wife, Emily, and subsequently sold the Chevy to be able to afford the engagement ring. After landing a good job as an assistant manager of a sporting goods store, Benji focused his attention and time on his new family and work. Of course, he began itching for another mini-truck, so he began searching for something new.
His father’s friend was selling a bagged ’98 Nissan Frontier, so Benji went to take a look and fell in love with it. The next day, he went back to purchase the Nissan, and it was gone. He was heartbroken and told his father he wasn’t able to purchase it. But when Benji pulled into his father’s driveway the next day, the Frontier was there. His father had purchased the mini as a surprise for him! 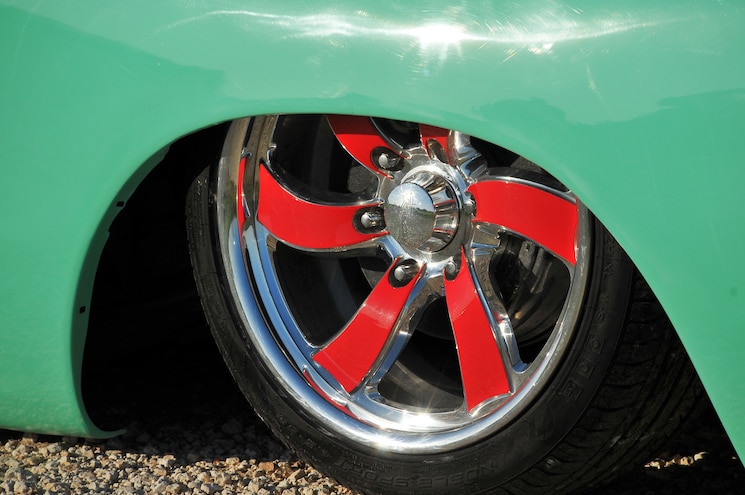 View Photo Gallery | 11 Photos
Photo 3/11   |   1998 Nissan Frontier Wheel
The next few years, Benji went through a variety of different styles on his Nissan, until one day he accidentally backed over a curb and damaged the roll pan. He sent the mini to paint guru Joey Bandy, and they realized the bed wasn’t done properly and once the truck was repaired, the paint wouldn’t match up. Dejected, Benji started putting feelers out to sell the truck when a guy contacted him to purchase it for his fiancée (but he suddenly backed out of the sale after being caught with another woman). Benji and his friends decided to affectionately name the truck 2MoDays, because had the guy not been caught with his fingers in the cookie jar and stayed faithful for two more days the truck would have been sold.
Since Benji maintained ownership, he decided to begin a new face-lift of the Frontier by having Joey Bandy do a complete color change to Porsche Mint and a bright red and shaving the body. Once the paint and body were complete, Jonathan Chasteen at Kustom Stitch in Knoxville, Tennessee, switched the black interior over to a bright red to match and added a ton of billet goodies in the process. Custom cupholders were built into the center, and because Benji doesn’t drink alcohol, he jokes and calls them Mountain Dew holders. 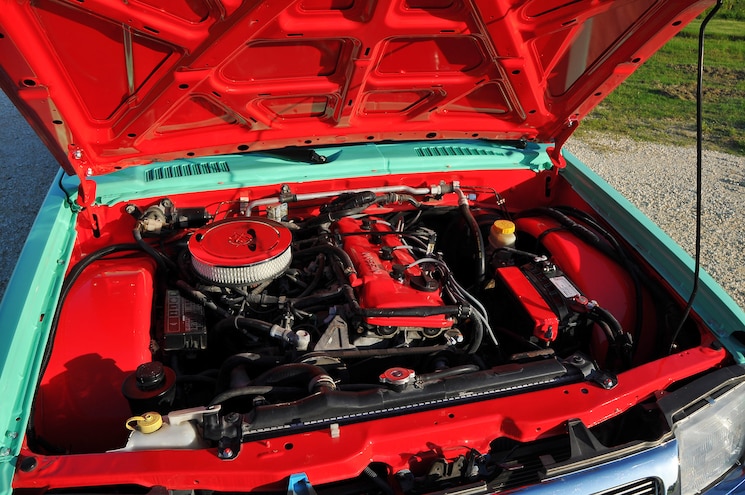 View Photo Gallery | 11 Photos
Photo 4/11   |   1998 Nissan Frontier Engine
Benji wishes to thank God for all he has as well as his beautiful wife, Emily, for her support. The biggest gratitude he has is to his father, Briscoe, for surprising him with a truck he fell in love with. Although the initial damage had him looking for a new buyer for 2MoDays, he’s grateful things happened the way they did. The name “watermelon” might fit the visual appearance better than the name Benji chose, but 2MoDays is a reminder that anything can change, and he’s glad he held out on selling the Frontier for those extra days. 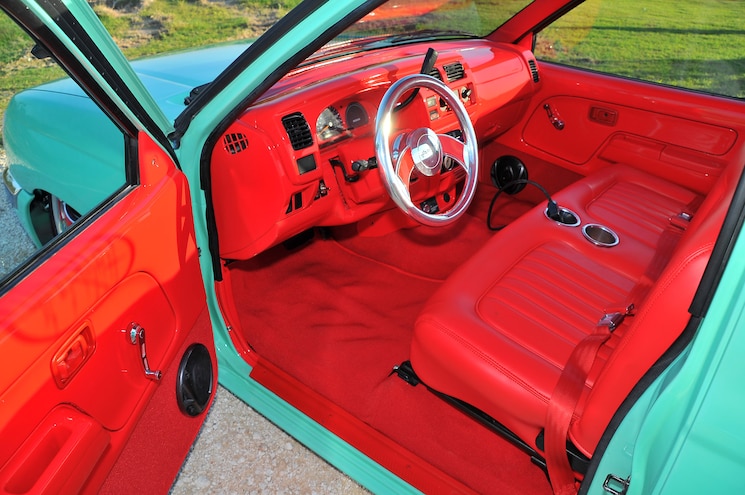