Build for Others, Then Build for Yourself 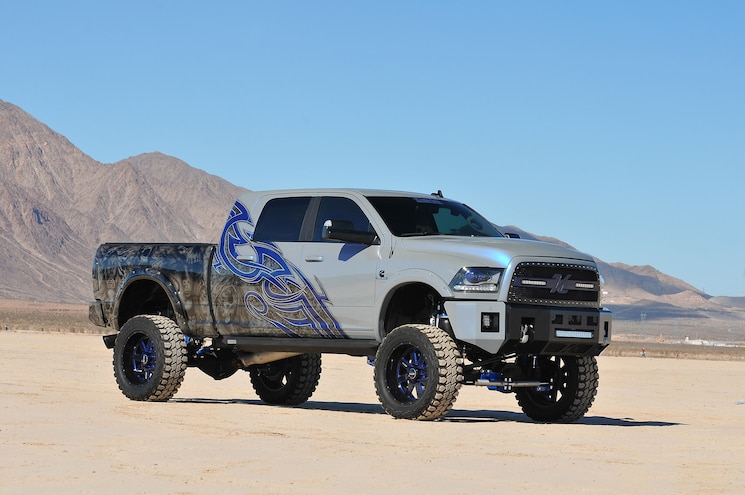 When you possess a skill as a young boy, it’s hard to detach yourself from your talent. For Troy Buck of Avondale, Arizona, his special skill was drawing. “I would spend most weekends drawing,” Troy tells Truckin. “I didn’t know where it would lead to later in life, but I knew I had potential.” Troy had a different calling, however, because as fate would have it, most of his family was involved in law enforcement, and that would be the path he would take. At 21, Troy joined the El Mirage, Arizona, police department and did his very best to serve his city proudly. 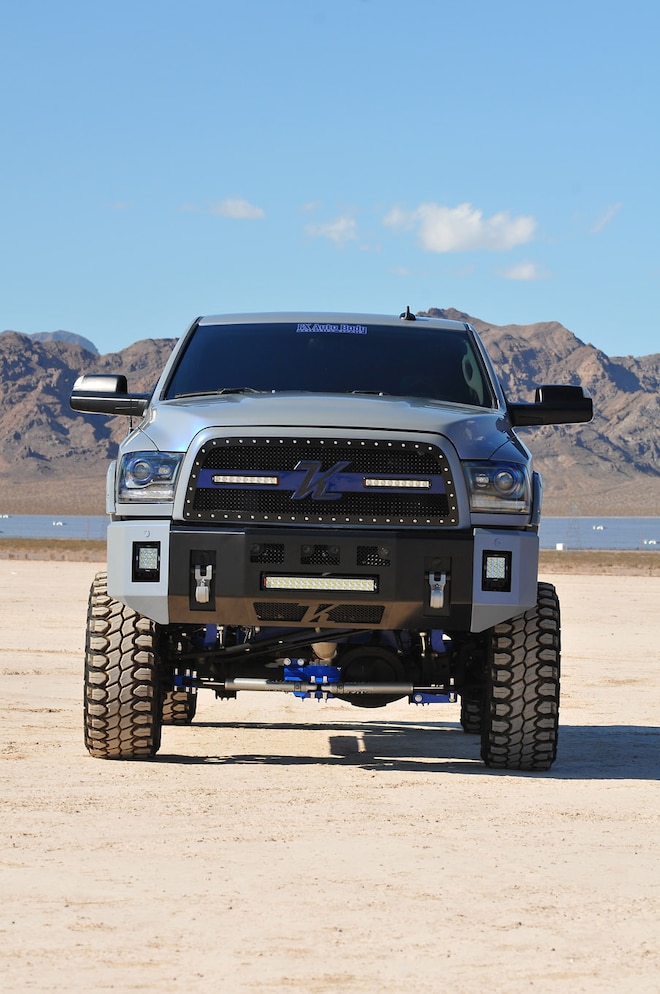 View Photo Gallery | 20 Photos
Photo 2/20   |   2017 Ram The FX Pearl Front View
True to his drawing days, Troy would continue drawing throughout his tenure on the force and eventually picked up a paint gun. “I airbrushed a few small things,” Troy adds. “I think it was a helmet and a mini-refrigerator for some of the officers.” As his reputation for creative paint work circled the law enforcement stations, more people would commission his talent. Mark Barbee, a firefighter from Peoria, brought his truck to Troy and asked for a paintjob. Troy quickly responded that he had never painted a vehicle and Mark answered back with “learn!” and threw him the keys.
Although it took some trial and error, Troy’s first paintjob on Mark’s truck got him some attention after being featured in a few truck magazines. Troy started doing side jobs, which paid much better than directing traffic. After a year of painting in his garage, Troy opened his own paint shop and left the force to dedicate his time to his passion. With business booming during the next three years, he opened a new shop in Avondale three times the size of his first shop. 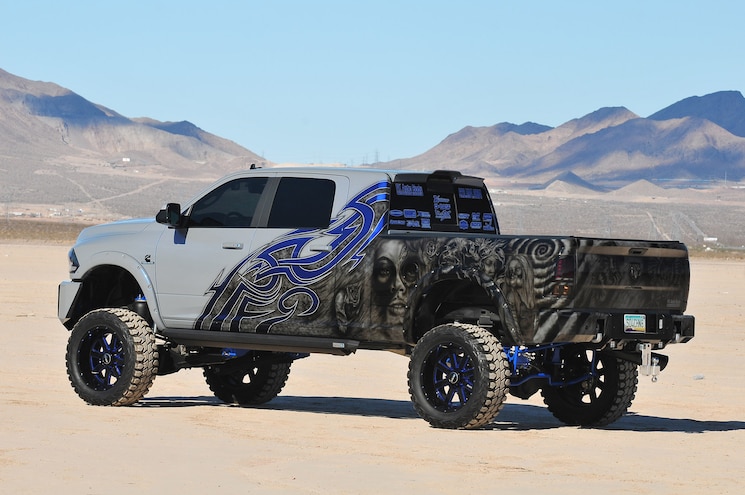 View Photo Gallery | 20 Photos
Photo 3/20   |   2017 Ram The FX Pearl 3 4 Rear
For the following five years, Troy designed and created quality trucks that have been prominently featured at the SEMA show in Las Vegas. In December 2016, he decided he needed a new daily driver. He purchased a brand-new ’17 Ram Mega Cab 2500 from the dealership, and the goal was to keep it clean and stock. That thought lasted all the way until March 2017, when Troy started thinking it would be interesting if for once he built his own truck and brought it to SEMA. He contacted vendors he regularly did business with and pitched them the idea. Because of their familiarity with his work and his reputation, they gladly jumped on board.
Troy wanted to set his truck above all the rest right out of the gate. Being masterful at drawing and painting, he took out a Sharpie and began outlining patterns and drawing murals with the marker. “This was going to be permanent, so I wanted to make sure I was going to like it,” Troy explains. He drove around for a full two weeks with the Sharpie markings, but it’s that unconventional way of laying out his plans that’s been so successful. He mixed and matched specific colors, getting a pearl that he even stepped back and marveled at. Then he laid down some impressive airbrush work, with painting themes throughout. 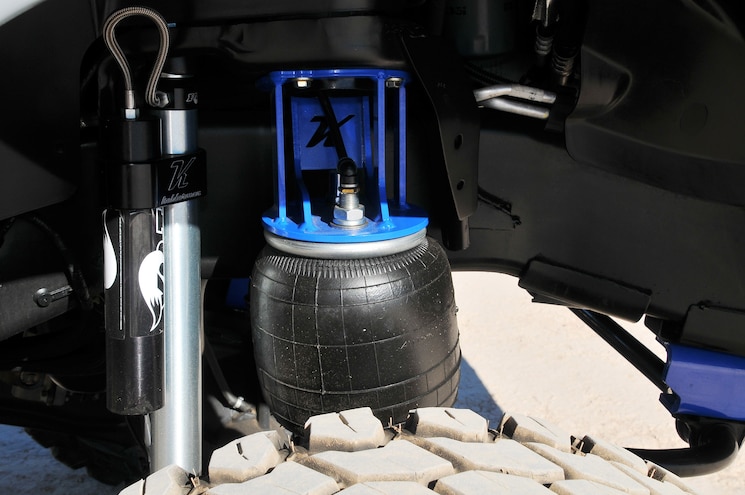 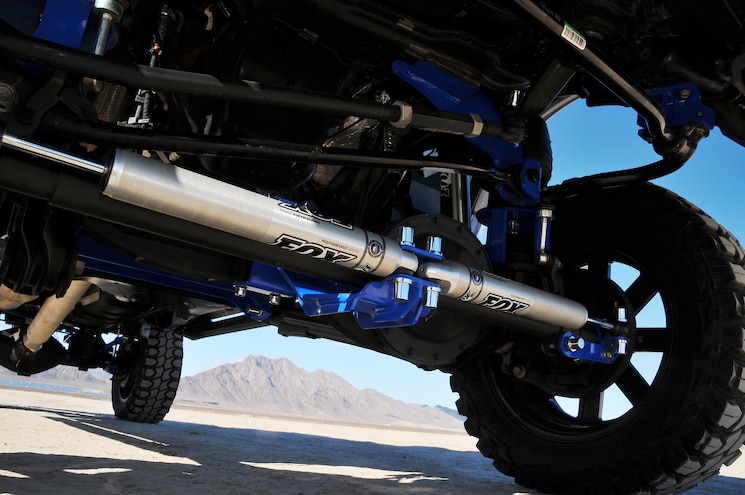 View Photo Gallery | 20 Photos
Photo 5/20   |   2017 Ram The FX Pearl Fox
The next step was changing the stock suspension, and this is where the good men and women of Kelderman came in to help. Troy sent them the first few pictures of the build, and they were more than happy to send him a full 6-inch lift kit complete with air-ride suspension. From the catalog provided, Troy picked out front and rear bumpers and installed them himself. His friends from Vision X asked to be part of the build by adding their lighting system to the bumpers. A set of 22-inch A.W.O.L.s wrapped in Gladiator Xcomp tires rounded out the complete build from stock to wild in a short seven months. 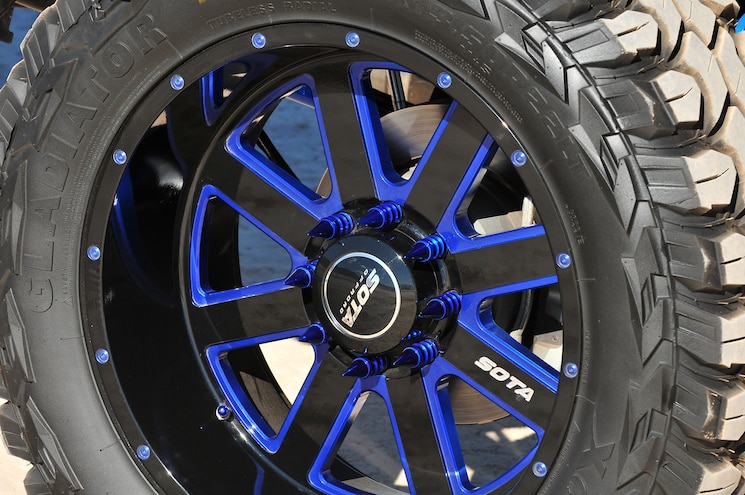 View Photo Gallery | 20 Photos
Photo 6/20   |   2017 Ram The FX Pearl Wheel
Troy wishes to thank his beautiful wife, Melanie, and their two kids, Austin and Hailey, for always being there for him and lending their patience and understanding. A special thanks goes to his 17-member hardworking staff at FX Auto Body and Jeff Miller. Troy was able to fulfill his dream of bringing his own truck to SEMA for the first time, proudly displaying it in the Kelderman booth.