Off-Roading a 2018 Land Rover Discovery on the rocks of Moab! 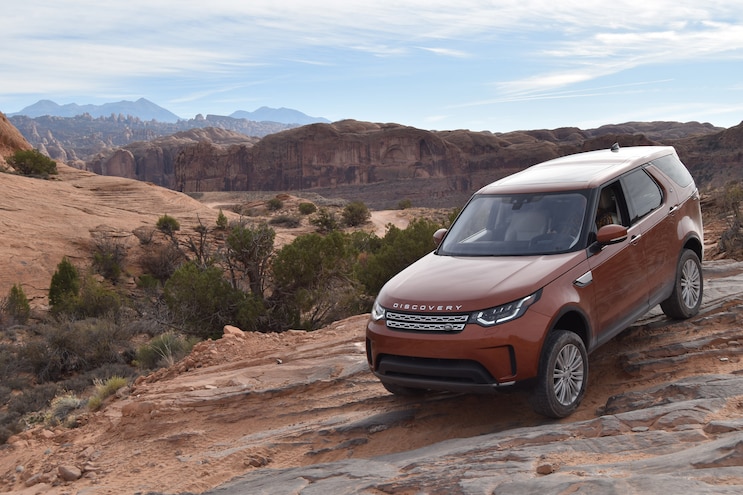 Poison Spider Trail doesn’t exactly sound like the polite place you’d find a refined British car. But get the ’18 Land Rover Discovery onto the red rock trails of Moab, Utah—an old uranium mining town south of Salt Lake City that’s become an outdoor enthusiast mecca—and the Disco will prove it’s good to get down and dirty on the devilish trail.
Thank the air suspension on this newly designed English monarch-mobile that offers the driver 19.69 inches of wheel articulation to get over boulders the size of VW Beetles. Terrain Response 2 is an electronic system that senses driving conditions and automatically adjusts the chassis and the drivetrain appropriately for grass/gravel/snow, mud and ruts, sand, or rockcrawl conditions. Those settings can also be selected manually. Maybe it’s starting to make more sense that the Discovery is quite at home amongst the more hard-core off-roading set. 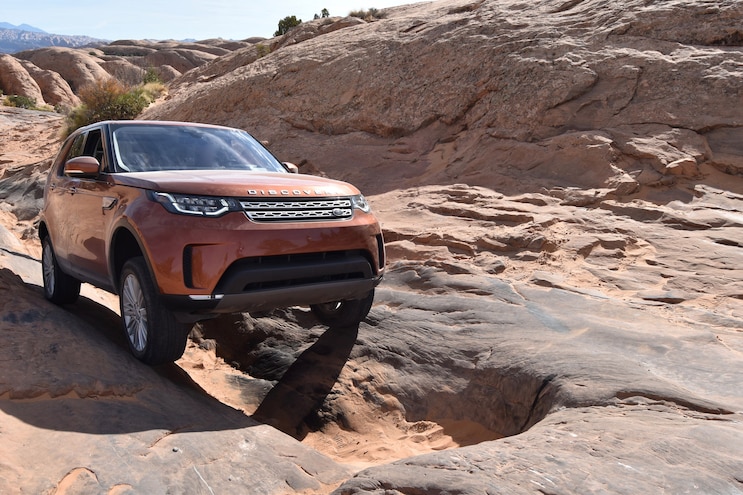 View Photo Gallery | 28 Photos
Photo 2/28   |   Off Roading A 2018 Land Rover Discovery Gap
“Is that a Land Rover?” A guide in a Jeep Wrangler scratched his head after the folks at the Land Rover Experience guided us down a descent akin to a drop on a rollercoaster called Death Cheater. “Yes, it is,” we were quite proud of actually cheating death as we made it down safely. Land Rover is so confident in the capability of its vehicles that the company will take you all over the world to prove it. Just stop by one of the 33 locations of the Land Rover Experience and they’ll help you put their vehicles to a variety of tests. 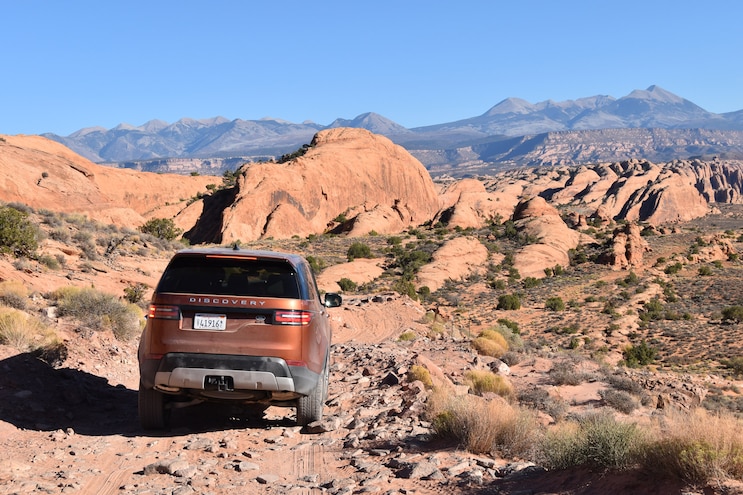 View Photo Gallery | 28 Photos
Photo 3/28   |   Off Roading A 2018 Land Rover Discovery Rear
Our Discovery creeps up an incline so steep we can no longer see our instructor guiding us. We’re also on the street tires that the Discovery comes out of the showroom with. Spinning on the dusty slickrock and staring into the heavens while disbelieving bystanders shoot YouTube-worthy video is unsettling. Then the front and rear lockers automatically engage, we coax the throttle a little more, and the 443 lb-ft of torque from the 3.0L turbodiesel V-6 haul the elegant, leather-interiored luxury vehicle over the crest of the rock and onward.
While you may not find most Discovery SUVs slipping down into the depressions in the slickrock large enough for smaller all-terrain vehicles to swirl around in, it’s perfectly capable of conquering some hellish terrain despite its pretty exterior. And seeing the Land Rover Discovery driving the wilds of Moab shouldn’t come as any surprise. 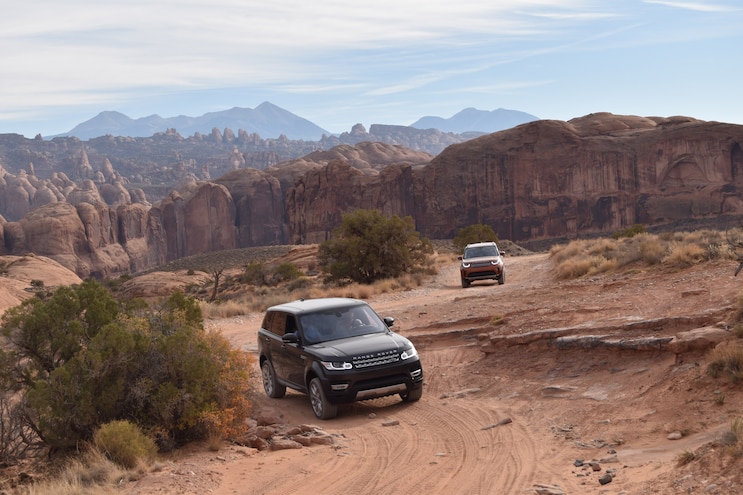