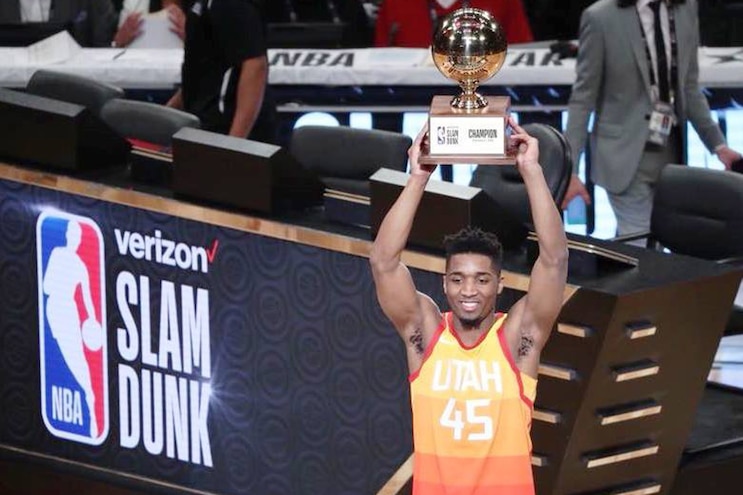 With voting to select 10 competitors for Diesel Power Challenge 2018 Presented by XDP in full swing—and thanks to the relative immediacy of content being published on trucktrend.com—the subject of this Particulate Matters report is right on time.
Conventional thought typically won’t draw parallels between DPC and the NBA’s All-Star Weekend. But stars aligned perfectly here in Los Angeles on March 17, 2018, highlighting something…well…someone who plays one of the most understated roles in each competition. The person who isn’t really thought about until his or her proverbial number gets called, ticket gets punched, and officials say: “You’re IN!”
I’m talking about the guys and gals who are better known as alternates: participants on standby, waiting (and hoping) for fate and/or luck to present them with a chance to actually compete. DPC’s substitute is the candidate who receives the fourth-highest vote total for the year’s official alternate make (determined through annual rotation: GM for 2018, Ford in 2019, Ram in 2020, and so on). Technically, while an alternate is invited to attend Diesel Power Challenge—similar to all competitors, at his/her own expense—he or she does so with understanding that there’s a high probability of not getting to compete in any of the event’s segments (photos of alternates and their trucks are taken for mini features that appear online and in the magazine). There’s no opportunity to participate without receiving a score or anything like that. If aforementioned fate isn’t on his or her side, our event’s reserve player is basically there to experience DPC as a spectator.

View Photo Gallery | 2 Photos
Photo 2/2   |   The pride of Elmsford, New York, Donovan “Spyda” Mitchell Jr. of the Utah Jazz basketball team, hoisting the 2018 Verizon Slam-Dunk Contest champion’s trophy, an award he won after competing in the event as an alternate.
However, despite this fact, which I acknowledge is somewhat ominous, good fortune has come to alternates at every Diesel Power Challenge I’ve been involved with, starting in 2015 when JD Gleason and his ’09 Ford F-350 made their way onto the official roster, by way of catastrophic mechanical failure on a voted-in competitor’s truck. Ryan Noble is an alternate who represented GM in 2016, and I will never forget surprising (nearly to death) hopeful alternate Levi Krech with his official appointment to the Dodge Ram competitors’ lineup, right there at the registration desk for DPC 2017.
While all DPC alternates represent themselves and their trucks’ brands and fans in excellent fashion, Erik Clausen and his ’08 Ford F-250 is the only tandem that has come in off the bench at the 11th hour and won it all at DPC 2012. So, is it impossible? Absolutely not. I’m confident another alternate will get in and capture DPC gold someday, which brings me to the link with pro basketball’s All-Star game, more specifically, the Verizon Slam-Dunk Contest.
Enthusiasts and readers in Utah might already be familiar with the name Donovan “Spyda” Mitchell Jr., a rookie guard for the Utah Jazz. Don is from my hometown (Elmsford, New York). He’s a good kid; I know his dad, Donovan Sr. (a fantastic baseball player who actually played on a little-league team I helped coach to a championship). Spyda’s immediate on-court success at the pro level (he left the University of Louisville a year early) makes him a true celebrity to folks from around our way. There’s no doubt, we’re all super proud of him.
However, despite having an awesome first half of the NBA season, Donovan wasn’t selected as a member of an all-star team. And, while displaying an impressive arsenal of dunks (at least one highlight flush in almost every game he’s played in since 2017), Spyda wasn’t immediately picked to compete in the slam-dunk contest, either. He was named as The Alternate, and when it was announced that Orlando Magic forward Aaron Gordon withdrew from the lineup (injury), Donovan had his chance to prove how good he really is! And he did so by winning the 2018 Verizon Slam-Dunk Contest!
The point I’m trying to make with this message is, being an alternate shouldn’t be viewed as banishment of any sort or a suggestion that you (or in the case of Diesel Power Challenge, your truck and team) don’t have what it takes to compete and win. I hope the person who is chosen as the official alternate for DPC 2018 Presented by XDP joins us in Denver, represents Ford, GM, or Dodge/Ram with pride, and is ready for action if the stars align. It seems for DPC alternates, they often do.