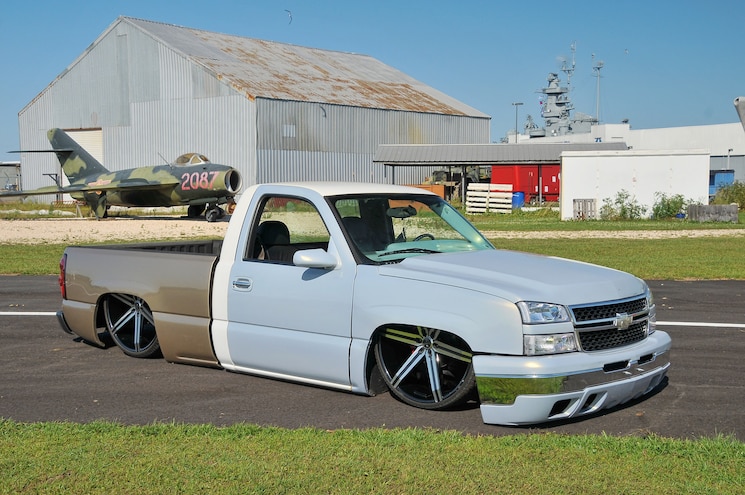 Ask any man and he will tell you: When it comes to marriage, you have to be a saint to make it work. This is something Nicholas Jacobo of Marrero, Louisiana, knows all about. He met his wife, Misty, at a truck show, and the two—aside from the occasional fight—have a perfect relationship.
When Nicholas was growing up, his father was a Navy man and moved the family to three different states. Nicholas’ passion for vehicles began when he had the opportunity to disassemble his father’s ’68 Skylark, and the rest was history. 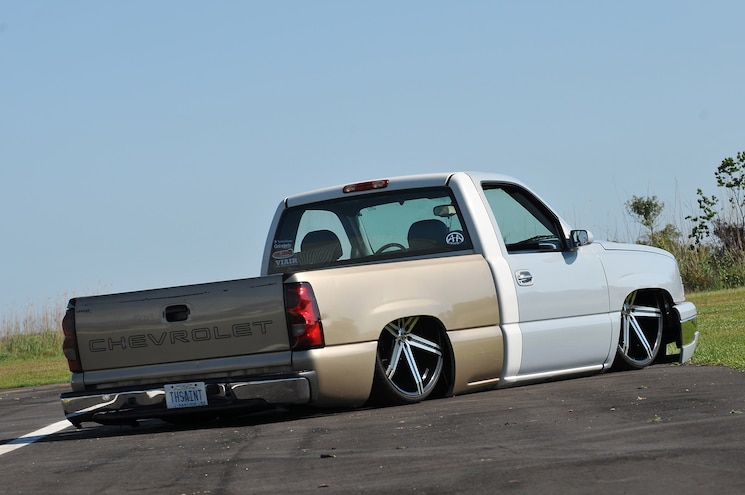 View Photo Gallery | 6 Photos
Photo 2/6   |   2007 Silverado The Saint Rear
At 15, Nicholas was gifted his first vehicle by his grandfather: a ’90 Toyota 4Runner, to which he added wheels and a massive stereo system. He kept the SUV until Hurricane Katrina devastated the Louisiana coast in 2005 and the truck was damaged. His next vehicle was a Toyota Tacoma, which he began customizing until it was totaled on the street due to someone else’s negligence. With Misty’s help, Nicholas was able to find an ’07 Chevy Silverado being sold by an older gentleman. Although the truck had a solid motor with low miles, the exterior was beat up and needed help. 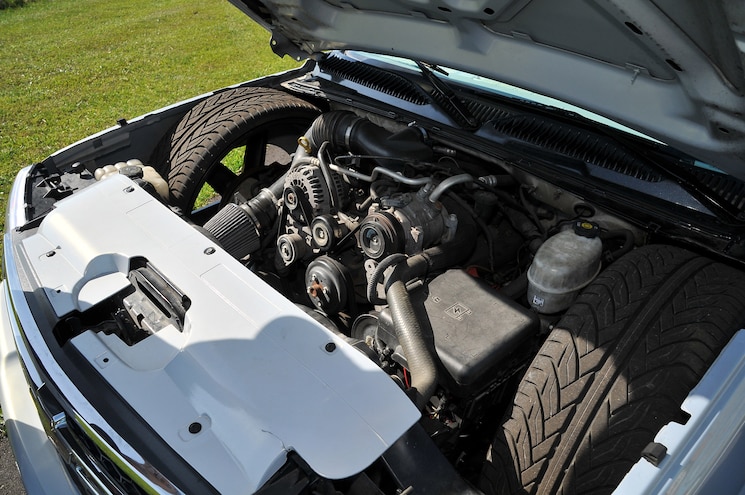 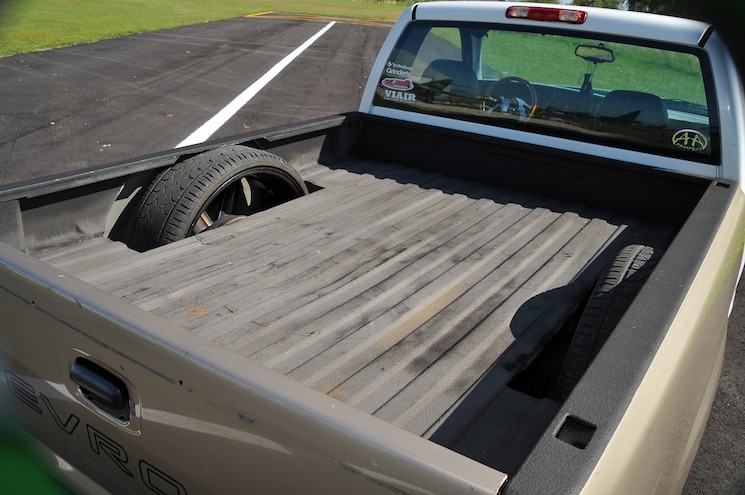 View Photo Gallery | 6 Photos
Photo 4/6   |   2007 Silverado The Saint Bed
Once Nicholas got the Chevy home, he and his friend Billy Lane stripped it down and began the suspension upgrade. “This was my first body drop and air-ride install,” Nicholas tells Truckin. “Aside from some careless cutting of brake lines and wiring, it wasn’t so bad.” The next step was working on the firewall and fitting everything for the A/C and larger wheels. His good friends Ricky, Tim, and Dylan lent a hand cutting the bed floor and adding it back onto the Chevy. 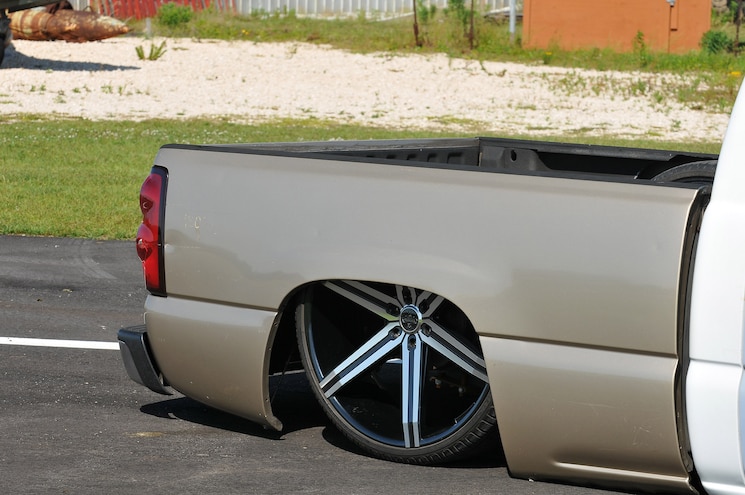 View Photo Gallery | 6 Photos
Photo 5/6   |   2007 Silverado The Saint Wheel
His friend Billy was parting with a similar model truck, so Nicholas was able to grab the doors, fenders, and hood to replace the stock parts that needed work. For the interior, Nicholas added a new carpet and seats along with a stereo system. With the help of some great friends, Nicholas has exceeded all expectations by doing work at his home and in his driveway. His future plans include a full sheetmetal, bead-rolled bed floor along with showstopping paint. His wife, Misty, has officially named her own Chevy The Sinner, so it was fitting that Nicholas named his project The Saint, because he’ll need to be one. 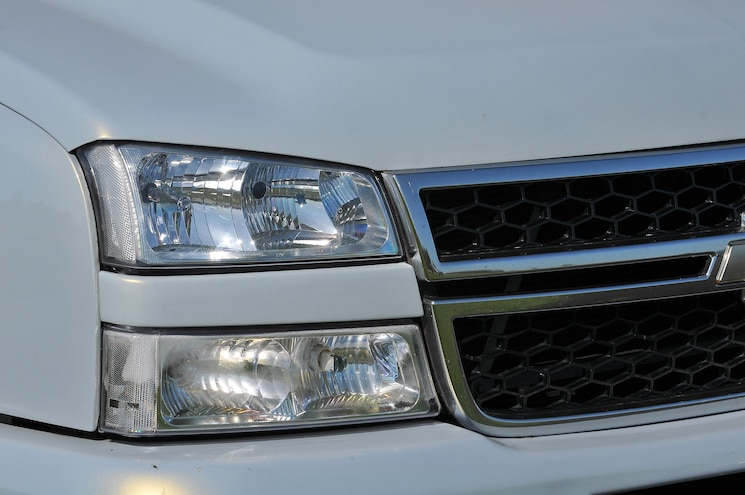