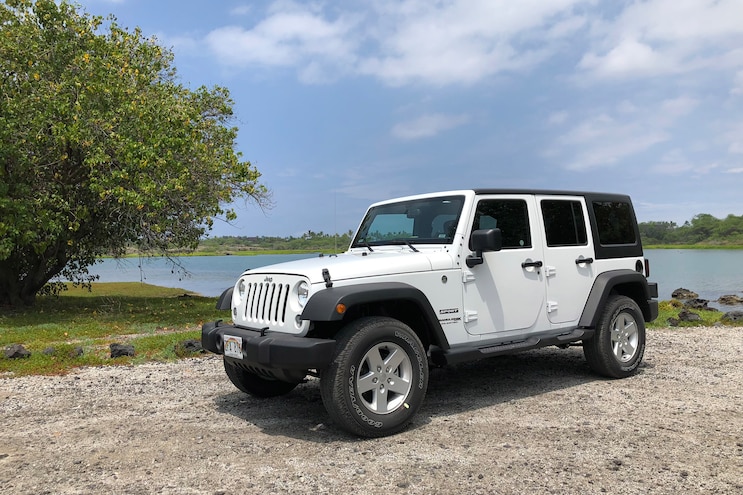 Unless you’ve been living in a cave, you’ve likely noticed that Hawaii—more specifically, the Big Island’s Kilauea volcano—has been in the news a lot lately. Also getting a lot of press is Jeep’s new ’18 Wrangler, also known as the JL. Assuming we’re still in the cave, you may have also not noticed there’s another ’18 Jeep Wrangler for sale, the outgoing JK model. What do any of these have to do with one another? Follow along, I’ll explain.
I recently returned to the mainland from a short visit to the Big Island of Hawaii. While there, I took a day and visited Volcanoes National Park, home to one of the most active vents of the Kilauea volcano, and I did it in an ’18 Jeep Wrangler JK. Strange as all of this may sound, you are reading it correctly.
To facilitate production of the new ’18 JL Wrangler and add capacity to build the future JT Scrambler pickup, Jeep moved production of the Cherokee out of its Toledo, Ohio, assembly plant. This extra space allowed the company to tool up and bring JL assembly online without fully shutting down the JK line. A smart move since Wranglers of all flavor are currently in very high demand. However, I can’t help but wonder if it was a mistake selling the ’18 Wrangler JK alongside the ’18 Wrangler JL, and just how many people bought the former assuming it was the latter. I’m not willing to go as far as to say it was deceptive marketing, but it was certainly shady pool at the very least. 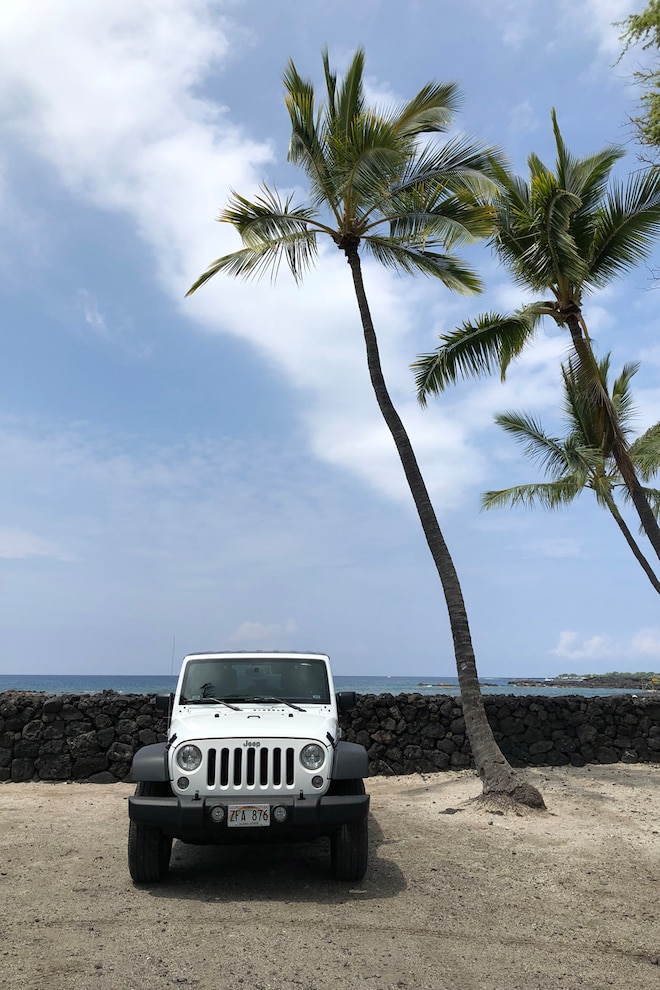 View Photo Gallery | 10 Photos
Photo 2/10   |   First Drive The 2018 Jeep Wrangler JK
Seeing as everyone and their brother had written a review about—or at least driven—a new JL (full disclosure, I still have not), I figured a road test of the other ’18 Wrangler would be in order. And what better place to find one than in the rental fleets of Hawaii. While I was searching for an ’18 JK, I was surprised to find that no one had a JL for rent quite yet, and that of the available Wranglers, the two-door variety was far more expensive. That last one was quite the surprise. After a touch of searching, I had secured my Wrangler for the day, a hardtop Sport Unlimited, from one of the many airport-adjacent agencies for less a Franklin.
When I left the lot, the Jeep had fewer than 100 miles on the odometer, so I made sure to properly break it in. Immediately after picking up the JK, I pointed it off the highway and straight at the beach. Even though the Sport model rides on what are basically street tires, it had no issue driving down the jagged lava rock trails that litter the Big Island. What followed was 12 hours circumnavigating the island while pointing the Jeep down any dirt, rock, lava, or muddy road I could find. Having a plane to catch later that night, I obviously didn’t push the rental beyond what I felt was reasonable, but we still had a lot of fun together. 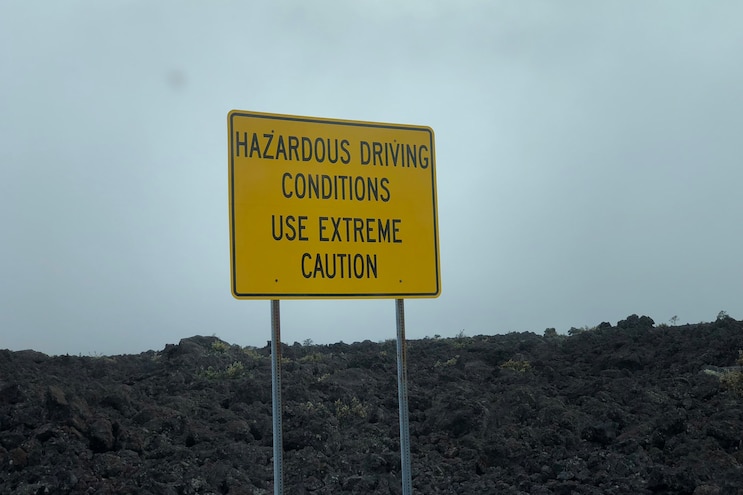 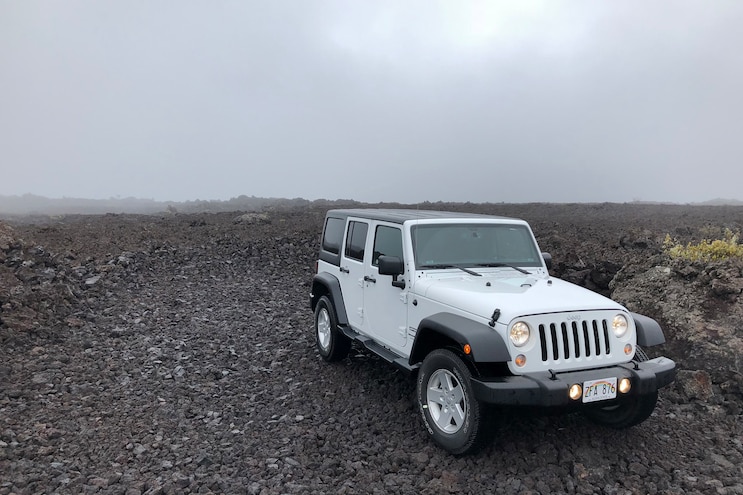 View Photo Gallery | 10 Photos
Photo 4/10   |   First Drive The 2018 Jeep Wrangler JK On Rocks
The ’18 Wrangler was the same old JK we’ve grown to love. It was loud and slow with lazy steering and ho-hum fuel economy. But, as we’ve seen from current resale values, people don’t care one bit about the Wrangler’s shortcomings and welcome them with open arms. So then, if the ’18 Wrangler JK is no different than any year prior, why should we care?
It’s because of the ’18. The model-year overlap is truly fascinating. Jeep could have easily extended the ’17 model year, called it a ’17.5, or even branded the JL as a ’19. Instead, side-by-side on dealer lots were two ’18 Wranglers that couldn’t be more different. And somewhere out there is a person who bought a JK thinking it was JL. It’s that person’s story I want to hear, because if that happened to me, I know that I’d explode with the sort of fire and fury with which Kilauea is currently.