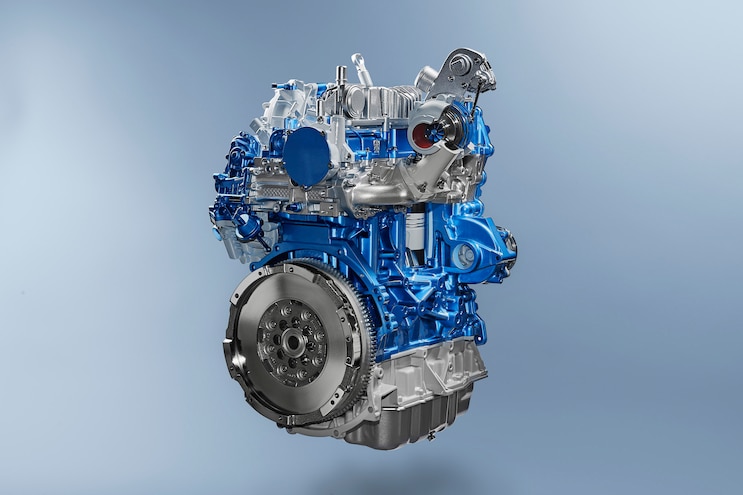 Major European cities such as Madrid and Paris are discriminating against diesel engines due to officials’ concerns about the types of pollution oil-burners produce. Some municipalities have gone as far as making plans to eventually ban all diesel-powered vehicles from entering city limits. These concerns are making some diesel engine manufacturers reevaluate their future development. However, the scrutiny has not diminished Ford of Europe’s diesel efforts, as evidenced by the release of its 2.0L EcoBlue powerplant.
The four-cylinder EcoBlue is the most advanced diesel engine Ford has ever produced. Starting with a clean sheet, engineers focused on developing an engine that has very low internal friction. New technologies and ideas were combined to create an engine that provides improved performance, lower emissions, and better fuel efficiency in a compact, quiet, smooth-running package that is well suited for utility vehicles like the Ford Transit Connect van.

View Photo Gallery | 3 Photos
Photo 2/3   |   The compact 2.0L Ford EcoBlue I-4 engine’s low-friction design is key to its fuel efficiency, performance, and smooth operation. The 240,000-rpm variable-geometry turbocharger uses a geardriven actuator to provide quick response and boost early, which bolsters low-end torque.
Ford engineers designed a strong, lightweight block that provides reduced noise and vibration. An aluminum ladder frame bolted to the bottom to maximize strength and stiffness of the block helps reduce noise and vibration as well. Another key design feature is the 10mm offset crankshaft position. By offsetting the crank from the piston centerline, piston side load against the cylinder wall is reduced, thus decreasing friction and wear. The crank bearing diameters are also minimized to improve rotating efficiency.
The EcoBlue diesel’s cylinder head features a DOHC layout, with the camshafts mounted in a one-piece sealed module that bolts to the top of the head. The module’s design reduces weight, friction, and size while helping increase manufacturing quality. The cams are driven by a belt-in-oil system that further reduces friction compared to traditional beltdriven setups. The head’s intake system is engineered to equally balance the air between each cylinder. A process Ford calls “mirror-image porting” creates balanced airflow into the combustion chambers and multi-directional swirl in the cylinders (air swirls clockwise in Cylinders 1 and 2 and counterclockwise in Cylinders 3 and 4). This optimizes fuel burn, which improves consumption and increases torque while lowering emissions.
Pressurized air is fed to the cylinders through a compact low-inertia variable-geometry turbocharger. The VGT optimizes air delivery at lower engine speed to maximize low-end torque. Innovations include the use of an aerodynamically advanced turbine wheel made of Inconel (an alloy used in extreme temperature environments like rocket engines) that has a 10-percent -maller diameter than previous designs and a 15-percent-smaller aerospace-grade-aluminum compressor wheel that reduces inertia and enables faster wheel speeds for quicker boost performance. The turbo is able to spin at speeds up to 240,000 rpm thanks in part to the use of low-friction bearings. A geardriven turbo actuator is used for faster response times. 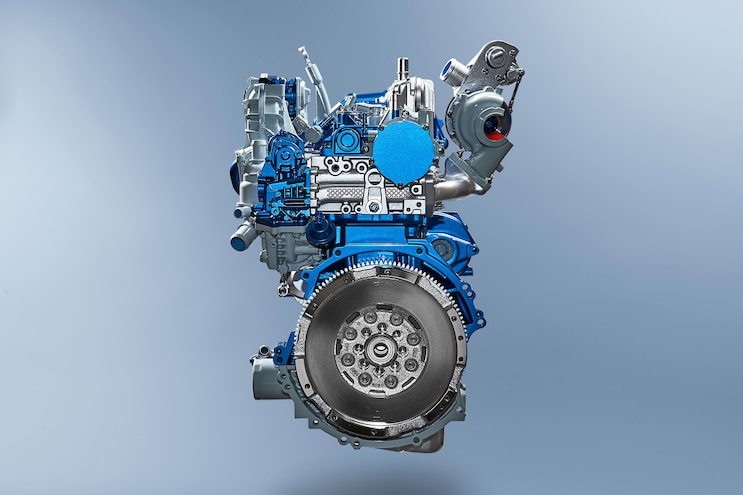