Particulate Matters: All They Do Is Win

All They Do Is Win 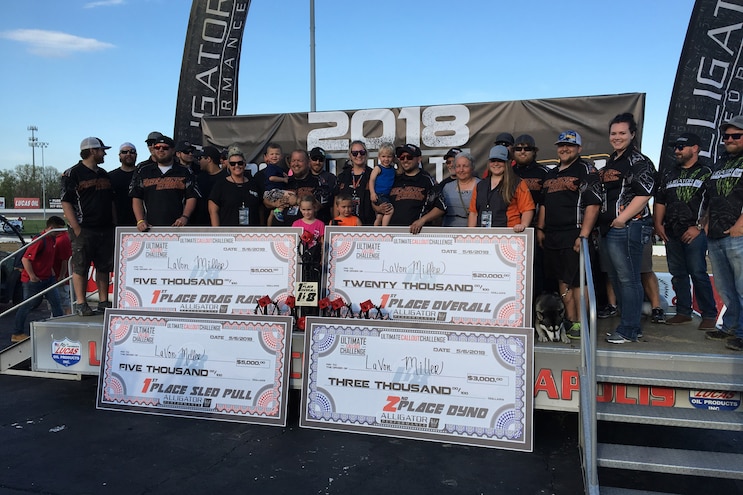 I’m finally back in Los Angeles after attending Ultimate Callout Challenge 2018 Presented by Alligator Performance, and several other events and visits that had me on the road for almost three weeks. It’s great to be home; a chance to recharge before getting back out there.
If you’re a diesel addict like we are, you probably were either at UCC, or you kept up with all of the action via the live feed on Speed Vision. Trust me, being there is special, and I think that if you haven’t seen the Challenge in person, you should really consider making a trip to Indianapolis one year and do so.
In the diesel community, it’s fairly common knowledge by now that Lavon Miller is the overall winner of Ultimate Callout Challenge 2018. He has won UCC three times, and to me it seems there really is just no stopping the man and his Firepunk Diesel team, especially when it comes to the diesel scene’s marquee competitions.
Sure, we’ve watched “the Hobbits” seemingly win with ease, and also emerge victorious after facing adversity, and appearing that they might possibly end up on the losing side of a competition.

View Photo Gallery | 2 Photos
Photo 2/2   |   This isn’t the first time I’ve used my column to talk about Lavon Miller, and there’s something in the back of my mind that tells me it won’t be the last. As long as Lavon and his tightknit crew of family and friends (they endearingly call themselves “Hobbits”) continue their winning ways in major diesel competitions, I guess I’ll always have material.
Three-time NHRA Top Fuel champion, Antron Brown, once said something that I think about a lot: “No one person in this world is perfect. But, if you surround yourself by a group of great people, that group can make great things happen.” I believe this definitely is true for me, and Lavon Miller and his crew. There’s something in that team—I call it moxie--that seems to always be able to dig deep, and push its way to the front exactly when it has to. Lavon and the Firepunk boys (and girls) have the kind of gumption it takes to turn bad situations into something very good for all of them.
Diesel Power Challenge: Twice. Ultimate Callout Challenge: Three times. Outlaw Diesel Super Series event wins and Pro Street Championships: I’ve lost count. As I’ve said before, here in Particulate Matters, and in conversation to anyone who will listen to me, Lavon is one of the most calculating competitors I’ve come across in my many years of being involved with drag racing and motorsports. He’s a thinker and a leader, and he’s supported by cats who collectively “just know how to win.”
That’s a hard package to beat. But, we all know it can happen. From a UCC perspective, with two years of being the event’s overall Runner-up, Derek Rose appears to be the competitor that might just have Firepunk’s number, as is Shawn Baca, who has finished in Third place every year since the first UCC. I know somebody’s gonna beat ‘em at this game. Someday, only time will tell. But, until that time comes, I’ll continue to enjoy watching the Firepunk Diesel team do its thing. Plotting, and more so executing, at a level that obviously is very hard to beat.